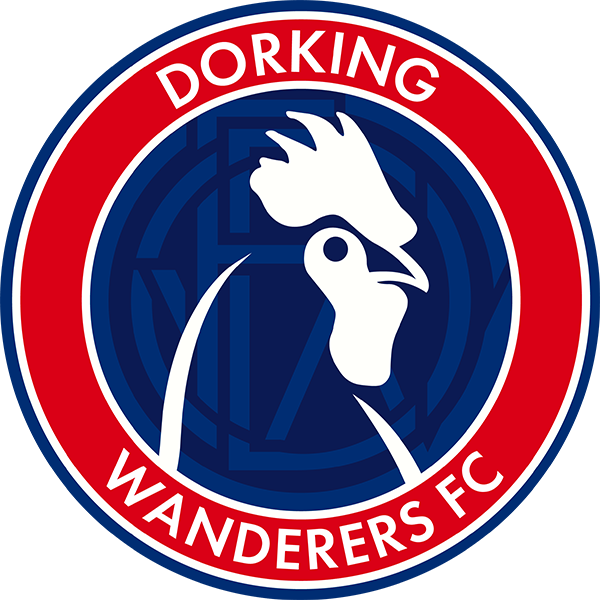 Lack of Finishing Quality Drops the Cards From the Cup

On a cold clear night and, thankfully, in a gap between Storm Ciara and Storm Dennis, with the moon rising over an empty KRE, the cards dropped out of the SSC to Dorking Wanderers in one of those classic 'game of two halves'. The pitch looked good (especially for the time of the season) and there was a small crowd although the Wanderers' fans were in fine voice.

Dowse mixed up the team from the start with Charlton loanee Ben Dempsey making his debut in midfield and Jayden Wareham combining with Alex Wall up-front. Ben Gerring was back alongside Diarra at the back with Jack Cook coming in at right back. Dorking included Woking old boy Gez Sole, who got a warm reception from the home fans, on the bench.

The first half saw Dorking take the lead through a well-taken penalty, while the Cards struggled to find any rythym or pattern to their play. At half time, Dowse used all his substitutes in a bid to turn the tie around and the second half performance was very different. However, nobody had his shooting boots on, and despite several good chances, there was no need for penalties as Dorking hung on for the win.

After an initial flurry by the Cards, Dorking started to show that they hadn't come just to make up the numbers. Throughout the first half, they attacked consistently down the right flank with Briggs beating Casey early on. The Wanderers won several corners, but Howes was able to take the ball cleanly.

Wareham had one good break, but his shot was wide and Dorking had a chance but the ball flew over the bar. Woking had several free kicks and after a foul by Jake Gallagher on Max Kretzschmar, the free kick bobbled around, but didn't force a save from the goalkeeper. On 20 minutes, Alex Wall was booked and in the 22nd minute, Jayden Harris joined his name in the notebook.

In the 27th minute, the game's critical moment came when a penalty was awarded for a tackle in the box by Josh Casey. Jack Barham stepped up and drilled the ball into the bottom corner, to Howes' right. 1-0 to Dorking.

In trying to respond immediately, a cross from Woking landed on the crossbar with the goalie beaten and although Manny Parry got to the resulting corner, the ball looped over. Kretzschmar slipped just as he looked in a good position after good control of a long ball by Wall and Gerring headed a cross just over the bar.

Dorking also had chances and a cross by Briggs flashed across the goal, but nobody could get on the end of it. Another cross to Barham saw him shoot but straight at Howes. We were 35 minutes in, but this was the first shot on target by either side in open play!

There was one minute of extra time, during which Neufville went on a strong run down the right, beating a couple of men, but nobody could get on the end of his cross.

Dowse took drastic action at half time, taking off Wareham, Jayden Harris and Ben Gerring for Jamar Loza, That changed things significantly especially as Dorking took off right back Isaac Philpot and right winger Matthew Briggs whose sharp running had caught the eye in the first half. Loza and Tarpey attacked with pace and forced the Wanderers' full backs onto the back foot.

Dorking were now under real pressure and struggling to get out of their own half. Woking were creating chances, but not converting them. Loza, Tarpey and Kretzschmar were combining well, although the latter was booked for a late tackle on a defender that was trying to break at pace.

The Cards were pressing well and causing mistakes and at one point, Slavomir Huk in the Dorking goal lost the ball but, somehow, Kretzschmar managed to fail to score.

Dorking did then manage to get into the Woking half, but not for long. A shot from the Cards flew over the bar and a strike by Wall was blocked in the area.

After 65 minutes, Beard was booked for a foul on Tarpey, but the resulting free kick was cleared from the near post in front of the empty LGS.

Dorking were getting more possession, the frantic pace was hard to sustain by the Cards. Wall put a header over the bar when unmarked in the centre of the box.

On 80 minutes, after some confusion on the Dorking bench, Harris came off to be replaced by Gez Sole, Cards fans wishing that he could have changed shirts to put in one of his trademark goals!

Kretzchmar blazed a shot wide and McMannus was booked at 85 minutes. In the four minutes of extra time, there was a sharp pass from Dempsey to Wall but, you guessed it, the shot was wide! Extra time finished with some head tennis in the Dorking area, but the keeper managed to claim the ball and that was that.

A lack of goals was once again the big problem for the Cards and Dowse will be wondering how to solve that. There were very few shots on target in the game and I canâ€™t remember anything other than a simple save for either keeper. Dempsey showed good energy on his debut.

In the end, the more cohesive performance in a dull first half won the tie for Dorking and ended the final cup interest for Woking.

Man of the Match: Dave Tarpey for his efforts once he came on.