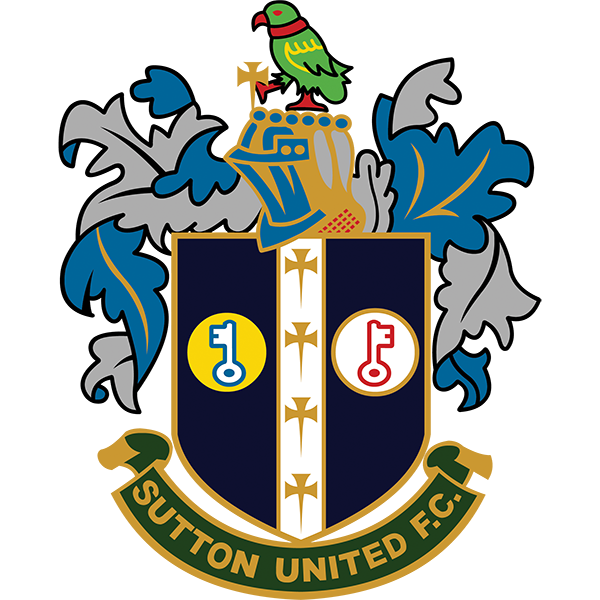 Woking will be hoping to end a three-match losing streak on Wednesday as they make the short trip to face Sutton United at Garner Green Lane, six days on from a 2-0 home defeat against the same opponents on Boxing Day.

Despite the two clubâ€™s respective league positions this, on paper at least, looks set to be arguably the Cardsâ€™ toughest test of the season so far. Godfrey Poku, one of the clubâ€™s strongest performers in recent weeks, will miss out through suspension after picking up two yellow cards against Torquay United on Saturday; strikers Jake Hyde and Dave Tarpey, now with 20 goals between them this season, are unlikely to be risked on the artificial surface, whilst captain Josh Casey is sidelined through injury. That almost certainly means that Dowse will have just a 14-man squad of senior players to pick from, in addition to the clubâ€™s talented academy, with a number of players already gaining experience through pre-season games or in the Surrey Senior Cup.

Sutton, who have been entrenched in a relegation battle for much of this season, are suddenly the leagueâ€™s form side. They are now unbeaten in their last seven league matches, taking 17 points out of a possible 21, with an impressive 3-2 success against Yeovil Town following their win at the Laithwaite Community Stadium last week. The Uâ€™s currently sit 16th in the table with 36 points, just five behind the Cards, who have dropped to ninth after last weekâ€™s results â€“ but on a more positive note remain outside of the play-off places on goal difference alone.

The team need your support more than ever for this game so please make the relatively short journey if you can and get behind the boys!

Dowse sprung a surprise on Saturday by handing a debut to goalkeeper Sam Howes following his successful spell at Chelmsford City and it will be interesting to see whether the summer signing keeps his place ahead of the more experienced Craig Ross for this one. In defence, Nathan Collier was drafted in to try and fill the rather large shoes of Josh Casey, and may well have to do so again with Manny Parry the only other senior defensive option in the squad.

In midfield, Kane Ferdinand and Shaun Donnellan could both be restored to the starting line-up, whilst the likes of Jake Gray, Max Kretzschmar and Paul Hodges will be battling for a more advance role alongside Jamar Loza and, most likely, Ibrahim Meite, who should be handed a rare start with both Hyde and Tarpey set to miss out.

Manager Matt Gray made four changes for the game against Yeovil from the team that started at the Laithwaite Community Stadium last Thursday. In came Harry Beautyman and David Ajiboye, both of whom responded with goals, plus defender Robert Milsom and striker Aaron Jarvis. Will Randall and Ben Wyatt both dropped to the bench whilst, interestingly, there was no place for either Kyel Reid or start striker Omar Bugiel, scorer of both goals against Woking, who were both substituted in that game â€“ potentially, so it now appears, with injuries.

The Cards came into this game well-rested and full of confidence following the postponement of the previous game against Ebbsfleet and a hard-fought three points against Hartlepool United in the last league outing. That confidence lasted all of about 50 seconds, after which Bugiel volleyed an outrageous strike into the top right-hand corner and, in truth, the Cards never recovered. Bugiel added a second after a goalmouth scramble to take his personal tally to five goals in two games, whilst the Uâ€™s defended stoutly in the second-half to keep Woking chances to a minimum. The Cards will have happier memories of Garner Green Lane from back in 2011 when the visitors ran out 5-0 winners on route to the National League South title â€“ their last win on that ground.

For those travelling directly, the ground is located at the Borough Sports Ground on Gander Green Lane, postcode SM1 2EY. The nearest railway station is West Sutton which only a short walk from the ground. Full travel details can be found on the Sutton website.

There will be a coach for supporters running for this game. Travelling fans should arrive by 12:45pm for departure at 1:00pm. The cost Is Â£15 for adults and Â£10 for those under-16. Cards Trust members receive a Â£5 discount per person.

Ticket prices are Â£17 for adults, Â£10 for concessions, Â£5 for juniors (11-18) and free for those under 11. There is a small discount available for those who purchase tickets online through the Sutton website the day before the game.

Weâ€™re back in action on Saturday afternoon when weâ€™ll be at home to Chorley. Thereâ€™s then a two-week break from league action prior to a trip to Wrexham.

Woking were looking to bounce back from a 4-1 defeat at Torquay; however the Cards were without their midfield general Godfrey Poku, suspended after being sent off at Plainmoor. Josh Casey was also recovering from a recent injury, and Jake Hyde and Dave Tarpey were unavailable due to the 3G pitch. This gave opportunities to the likes of Ibrahim Meite, Paul Hodges and stand in captain Nathan Collier. Sutton had their in-form striker Omar Bugiel available again after missing their 3-2 win at home to Yeovil.

Woking began on the front foot, but failed to create many clear cut chances. Paul Hodgesâ€™ effort from the edge of the box was straight at Uâ€™s keeper Nik Tzanev. Sutton were awarded a free kick after 7 minutes for a foul by Parry, but both the Woking team including Parry and the fans thought that Parry had won the ball fairly. Suttonâ€™s top scorer from midfield, Harry Beautyman, took the free kick from the edge of the box and planted it into the bottom corner despite Howes getting a strong hand on it.

After this, Sutton started to dominate possession and the Cards were visibly low on confidence, with regular mistakes being made in possession. Sutton doubled their lead with ease in the 16th minute, a cross from the wing not dealt with by the defence and Ben Goodliffe headed home past the helpless Howes.

Sutton were starting to tear through the Cards, as ten minutes later, good build up play from the Uâ€™s saw Ben Wyatt cross for Tommy Wright, who finished clinically into the bottom corner. Woking were all over the place, and four minutes later, David Ajiboyeâ€™s strike heading for the middle of the goal was diverted into the bottom corner off Howesâ€™ gloves, a mistake he will not want to look back on.

Dowson had seen enough, and two changes in the 38th minute saw Jamar Loza and Max Kretzschmar come on for Paul Hodges and Manny Parry. Sutton were enforced into a change, with the injured Will Randall replaced by Rob Milsom. Three minutes later, a ball through saw Tommy Wright one on one with Howes, and the Woking keeper caught Wright inside the box as he attempted to claim the ball. Beautyman placed the ball into the bottom corner past the outstretched Howes from the spot, and the half time whistle couldnâ€™t have come sooner for the Cards.

Woking began the second half relatively untroubled, as not much action of note happened in the first twenty minutes, apart from a couple of insignificant set pieces and corners for both teams. Sutton made two changes, Bugiel for Craig Dundas and Ajiboye for Tom Bolarinwa. On 73 minutes, good play from Gray and Loza allowed Gray to play Meite the ball inside the area, and he finished low past the keeper and Woking had a consolation.

Following this, Woking started to see more of the ball and Loza found himself one on one with the keeper on 80 minutes, but Loza dragged his effort wide. Woking then made their final substitution as 16 year old Academy player Jayden Wareham made his first team debut, replacing Jake Gray. Two minutes after coming on, Wareham had a role to play in Wokingâ€™s second goal, as he outjumped Tzanev in goal who was attempting to catch a ball in the air. Tzanev could only send the ball straight to Meite, who sent the ball past the defenders on the line to get his brace.

Woking then decided to send more people forward in the closing stages, as the game was already finished, however long throws and corners were easily cleared by Sutton. Woking lost the ball on the edge of the box from a set piece, and Sutton were able to break, Howes saving the first shot, but the ball fell kindly to Dundas, who slotted into the empty net, as the Cards fans headed for the exits.

This was yet another poor display, and Dowson will be looking to make changes to his squad. Although Woking were without four key players, the result is unacceptable and the management team will know that, as 6-2 flattered Woking, it could have been more had Sutton not taken their feet off the gas.

Woking now find themselves desperate to get back to winning ways, and with a game next at home to the leagueâ€™s bottom side, Chorley, they will be looking for a strong response.

Man of the Match: A match of poor performances, but on another day two goals would win a match, so Ibrahim Meite