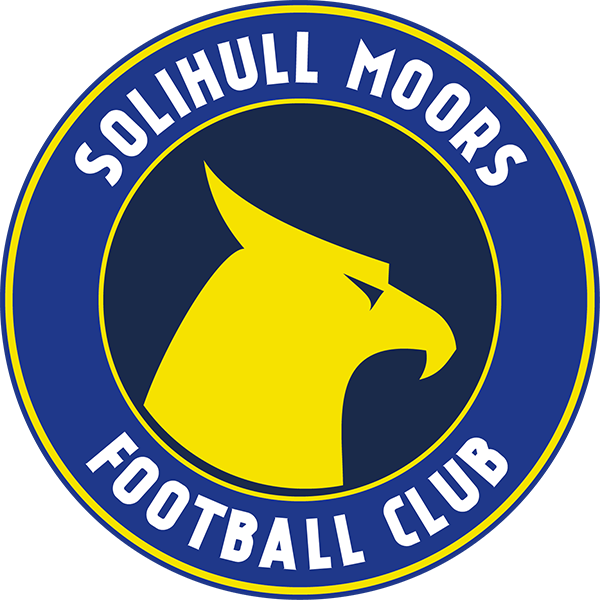 Top of the table clash as Cards host league leaders

Itâ€™s first against second at the Laithwaite Community Stadium on Saturday afternoon as one of the seasonâ€™s favourites for promotion, 2019 play-off semi-finalists Solihull Moors, take on the newly promoted Cards as they look to continue their superb start to the season.

Few would have predicted that Woking would have taken the maximum nine points from three tough games against sides expected to be in and around the play-off hunt this campaign â€“ but thatâ€™s just what Alan Dowsonâ€™s side delivered as narrow victories over Harrogate Town and Chesterfield were followed up by last weekendâ€™s hugely entertaining 4-1 victory over the previously unbeaten AFC Fylde. Dave Tarpey scored his second free-kick in the space of five days, whilst Kane Ferdinand grabbed his second of the season, and Jake Hyde scored a brace to round off the game in style. In fact, the Cards would have gone top, were it not for Solihullâ€™s late goal at Ebbsfleet which saw the Moors move back to the top of the pile.

Itâ€™s been an incredibly impressive 18 months for Solihull who, after staging something of a great escape to avoid relegation from the National League in 2017, have gone from strength to strength under manager Tim Flowers, finishing second last season and starting this year in the same vein. They began the season with a 2-2 draw at Harrogate before winning four successive games â€“ beating Torquay United (3-0), Aldershot Town (2-1), Chorley (6-1) and Ebbsfleet United (2-1). The Cards will no doubt take some encouragement from the fact that both Aldershot and winless Ebbsfleet were able to run the leaders close, but with the Moors currently the early pacesetters in terms of both points and goals scored, Dowse will know that his team needs to produce another sterling defensive performance to take anything from the game.

The team would really appreciate your support once again this weekend as we look to make another huge statement about our prospects this season. Whatever the result it promises to be a fascinating game so come along if you can and cheer on the boys!

Dowse stuck with the same team against Fylde that started against Chesterfield, although unlike in that game, they remained in a 4-3-3 formation rather than reverting to 5-3-2. That meant a back four of Jack Cook, Ben Gerring, Manny Parry and Josh Casey, with Moussa Diarra still sidelined through injury, a midfield three of Ferdinand, Shaun Donnellan and Toby Edser, with Tarpey and Tyreke Johnson supporting Ibrahim Meite up front.

The boss does have options to change things, particularly after Hydeâ€™s two-goal salvo against Fylde, although there are unlikely to be widespread changes, particularly if Diarra and Max Kretzschmar are still carrying their respective niggles. In wider squad news, Jack Skinner has joined Leatherhead on loan, whilst Joe Felix is on dual-registration with Farnborough, so it could well be the 16 that performed so admirably in the last two away games.

The Moors fell behind to bottom of the table Ebbsfleet last time out before a late own goal secured them all three points. In that game they lined up with former Port Vale goalkeeper Ryan Boot between the sticks; in defence were Liam Daly, Alex Gudger, the experienced Lee Vaughan, who has played over 400 games for the likes of AFC Telford and Kidderminster, and Callum Howe who was a key member of Harrogateâ€™s run to the play-offs last season, scoring an impressive nine league goals.

In midfield were Kyle Storer, part of the Cheltenham Town promotion winning team in 2016, Jamey Osborne, previously with Grimsby Town, and Mitch Hancox, promoted with Macclesfield Town in 2018, a product of the Birmingham City academy, who recently joined the club from MK Dons; the front three was Terry Hawkridge, part of the Lincoln City team that won the National League in 2017, who joined from Notts County in January, Nathan Blissett, who scored a hat-trick against Chorley and has four goals this season, and Paul McCallum, possibly the leagueâ€™s most dangerous striker alongside Danny Rowe, who scored 27 times for Eastleigh last season and four already this campaign.

The Cards went into this game 11 points better off than their hosts who, at the time, were in the relegation zone and, despite the result, it was incredible to think that it was Woking who would go on to be relegated after winning just three more games all season. Kwame Thomas got Solihull off to the perfect start in this one before a Jermaine Hylton double secured a comfortable win. Woking had won the reverse encounter 2-1 back in September with Jason Banton and Charlie Carter on the scoresheet.

The Cards have a quick turnaround as they travel to Dover Athletic on Bank Holiday Monday. Our next home game is the following Saturday as we take on Barrow at Kingfield.

Top of the league â€“ at least until Monday afternoon! No one â€“ not even the most ardent Cards fan â€“ would have bet on that at the beginning of the season. But another excellent team performance saw Alan Dowsonâ€™s side deservedly dislodge the Moors from the top spot this afternoon, inflicting on them their first defeat of the campaign. The Cards quickly took control with early goals from Jake Hyde and Manny Parry. As in previous victories, there was a spell â€“ the first 20 minutes or so of the second half â€“ when the side had to withstand heavy pressure. But thanks to some solid defending, and the Moorsâ€™ failure to take several presentable chances, they came through to end up fairly comfortable winners.

On a baking hot afternoon, with a superb playing surface, Dowse made one change from the side that began the impressive away win at AFC Fylde a week ago, with Hyde coming in for Ibrahim Meite. Moussa Diarra and Max Kretzschmar were again missing from the sixteen. Josh Casey once more moved inside in a 5-3-2 formation, with Tyreke Johnson acting as wing-back. Toby Edser was given a warm welcome following his return again on loan from Nottingham Forest.

Hyde immediately showed fine form in flicking the ball on for the hard-working Dave Tarpey, who was just foiled by the last defender. Thereafter the first ten minutes were uneventful and fairly even till the Moorsâ€™ defence made a hash of a lobbed ball forward from Shaun Donnellan. Hyde wasnâ€™t in the mood to look a gift horse in the mouth and coolly slotted the ball past keeper Ryan Boot to give Woking a 1-0 lead in the 12th minute.

It got even better four minutes later. The Moors conceded an unnecessary corner, which Edser whipped in hard and low. Parry nudged in from virtually the goal line to double the lead.

The Cards continued to dominate, forcing several more corners and free-kicks, with blocked shots from Edser and Tarpey. At the back Ben Gerring headed and booted away everything that came anywhere near him, while the astute Casey swept up around him.

The first glimmer of a threat from Solihull came midway through the half when Craig Ross managed to toe-poke away a clever through ball from Darren Carter, doing just enough to disrupt the attack.

On the half-hour mark Tarpey turned superbly to make room for a shot but it was straight at the keeper. In another attack Jack Cook tore down down the right flank but elected to shoot when a cross to the arm-waving Hyde would have been the better option.

The arrival of the lanky Nathan Blissett for the injured Danny Wright in the Moorsâ€™ attack seemed to give the visitors a pre-interval boost, allied to Darren Carterâ€™s clever prompting. Four Moorsâ€™ corners in quick succession produced headers from Liam Daly and a blocked shot from Carter. The pressure was partly relieved by an enterprising run by Kane Ferdinand but his cross was over-hit.

Solihull came out for the second half clearly intent on pulling back an early goal. A huge leap from Blissett foreshadowed a number of attacks in which the Cardsâ€™ defence was put under considerable pressure. First, though, Tarpey thrilled the home crowd with a brilliant turn before flashing a shot just wide of the far post.

The Moorsâ€™ first real chance of the match came shortly afterwards when Paul McCallum, seizing on a flick-on, rounded Ross, only to find the side-netting. More half-chances followed, with McCallum winning several headers but unable to get sufficient â€˜purchaseâ€™ to trouble Ross. Other efforts came from Williams and Hawkridge, though neither caused Ross to make other than routine saves.

The one-way traffic was briefly interrupted by a couple of Woking breaks upfield but both were spoiled by poor final balls.

In the 60th minute Ross had no chance as the influential Hawkridge, given too much space, let fly with a humdinger from outside the area, leaving the post rattling. Other chances followed as Blissett headed straight at Ross, Hawkridge shot wide, Ferdinand blocked a Carter strike on the edge of the box and McCallum headed wide again.

Johnsonâ€™s fine left-footed strike from distance, along with the fresh legs brought by Godfrey Pokuâ€™s arrival in place of the industrious Donnellan, seemed to signal that Woking had survived the post-interval onslaught. But, first, Woking had to be grateful for a huge let-off. Indecision between Ross and his central defenders let McCallum through but the former Eastleigh striker lifted the ball over the bar.

The Cards began to re-assert their authority in defence, while up front the wily Hydeâ€™s â€˜know howâ€™ proved invaluable in holding up the ball, winning free-kicks and playing in team mates. And the likes of Edser and Johnson began to make forward progress again.

Into the final ten minutes of normal time defender Daly did well to carve out a shooting chance but it was comfortably taken by Ross at his near post. A Carter free-kick in the 87th minute produced another headed effort by McCallum but, once again, his task was made difficult by the close attentions of Woking defenders, resulting in another easy â€˜takeâ€™ for Ross.

Meite, on for Tarpey, and Hyde ran down the clock in the corners before the Cards survived one last scare as Hancox blasted wide from another Daly knock-down.

This performance was very much in the mould of previous Woking victories this season. The foundation was a terrific all-round team performance. No one had less than a good game and there were outstanding performances from Hyde and Gerring in particular. The few chances that came Wokingâ€™s way were taken and obdurate defending â€“ and the necessary slice of good fortune â€“ enabled the defence to record another clean sheet against a side with a lot of firepower.

The Cards now head to Crabble on Monday: a ground which has usually proved a graveyard for previous Woking sides. A win there would certainly cause Woking fans to believe that this amazing start to the season was more than just a flash in the pan. I am sure, though, that, whatever the result, Dowse will keep the playersâ€™ feet firmly on the ground.