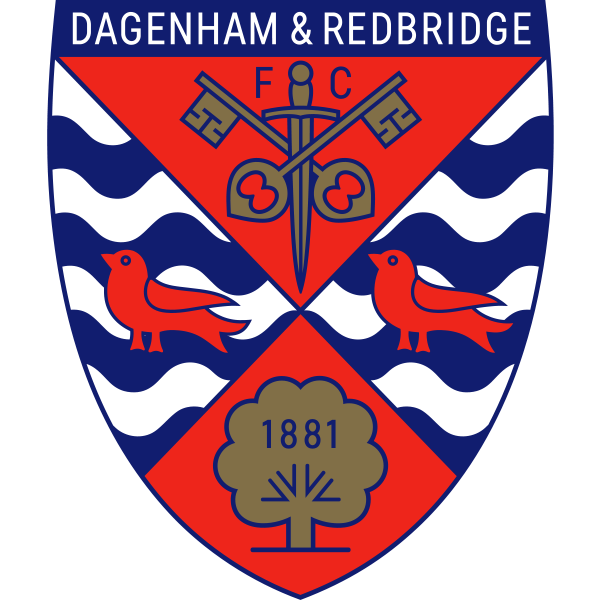 After a year away, Woking start a new season in the fifth tier of English football on Saturday afternoon, as the club makes the relatively short trip to East London to face Dagenham & Redbridge.

Itâ€™s been an incredible 18 months for the Cards. After suffering a heartbreaking relegation on the final day of the 2017/18 season, ending a six-year stay at non-leagueâ€™s top table, it looked a long way back. However, the club has gone from strength to strength following the appointment of manager Alan Dowson, who in his first season in charge built a new squad from scratch, won promotion via the play-offs after a second-place finish in the league, and reached the third round of the FA Cup.

This summer has been far more understated. The core of last seasonâ€™s successful squad has been retained, whilst Dowse has also made some shrewd additions, most notably securing two of last seasonâ€™s loanees, Dave Tarpey and Moussa Diarra. Also coming in have been tough-tackling midfielder Godfrey Poku from Wealdstone, towering defender Manny Parry from Boreham Wood and exciting young goalkeeper Sam Howes from Watford. Signs during pre-season have been encouraging. The Cardsâ€™ havenâ€™t been overawed by a challenging schedule which has included four Football League opponents, with a 3-1 win against Salford City and a 1-1 draw with Oxford United amongst the highlights, as Dowse and co look to carry that form into the new campaign.

As always, the team would really appreciate your support this weekend, so please make the trip if you can and support the players as we look to make the best possible start back in the National League.

Dowse has already confirmed that heâ€™ll be looking to use a mix of personnel and formations this season has he looks to spring more than a few surprises against full-time opponents.

Against Portsmouth, in our final pre-season encounter, he trialled a 5-3-2 formation â€“ Howes in goal, Jack Cook and Josh Casey as wing-backs, a back three of Parry, Diarra and Ben Gerring, Poku and Shaun Donnellan behind Kane Ferdinand in midfield, with Tarpey and Jake Hyde up front. Dowse also has the likes of Max Kretzschmar and Paul Hodges available to him if he prefers to stay with a more traditional 4-2-3-1, as well as exciting youngster Jack Skinner, whilst supporters will no doubt be intrigued to see if there are one or two late arrivals to the squad before the big kick-off.

The Daggers are entering their fourth season back in non-league football after a nine-year stay in the Football League, the highlight of which was promotion from League Two in 2010 and a single season in League One the following year. Their first three seasons in the National League have seen them finish 4th, 11th and 18th, with financial issues disrupting their progress throughout each of the last two seasons. The clubâ€™s new owners, who took over in late 2018, eventually steered them clear of relegation and now, alongside their manager, former England international Peter Taylor, will no doubt be looking to mount at least a play-off challenge this year.

The Cards travelled to Dagenham staring relegation in the face â€“ just days removed from sacking then manager Anthony Limbrick and on a nine-match winless streak. Geoff Chapple and Jason Goodliffe were placed in caretaker charge and secured a point as Josh Staunton, playing against his former club, scored Wokingâ€™s goal early in the second-half to cancel out the opener from Dan Sparkes.

The ground can be found on Victoria Road; the postcode is RM10 7XL â€“ a drive of around one hour and 15 minutes from the Laithwaite Community Stadium. The nearest train station is Dagenham East â€“ which is on the District Line of the London Underground service. The ground is around a five-minute walk away.

Supporters can also book a place on the travelling club coach which departs at 12pm. The cost is Â£25 for adults and Â£20 for under-16s with a Â£5 discount for Cards Trust members. To book your place please contact Adam Bowyer (adam.bowyer@cardstrust.co.uk) or call the club shop.

This match will be segregated with Woking fans allocated the West Stand. Ticket prices are Â£21 for adults, Â£15 for concessions, Â£12 for juniors (10-16-years-old) and Â£2 for under-10s.

The Cards first home game is against local rivals Aldershot this coming Tuesday evening. Itâ€™s expected to be a busy night so make sure you get along to the ground early to get ready for the game!

Cards get off to flying start

A hugely committed performance from all the Woking players, combined with potency at set pieces, saw the Cards get off to a flying start on their return to the top tier of non-League football. The fun started early, with Alan Dowsonâ€™s side taking the lead in the 7th minute when Kane Ferdinand bundled the ball in after â€˜man of the matchâ€™ Moussa Diarra and Jack Cook had won headers at a free-kick. The Cards doubled their lead in the 53rd minute when Diarra nodded home after a free-kick had been headed back into the mix at the far post. Terrific harrying, chasing and obdurate defending restricted the Daggers to very few chances.

Dowse had been handed a tough opening fixture for his first game in charge at this level. The Daggers, with new financial backing, have put together a strong squad, with fans optimistic about making the play-offs. 13 new arrivals included ex-Card Joe Quigley and former Shot, Reece Grant, up front, midfielders Mitch Brundle (ex-Dover) and Harold Odametey (who always impressed against us for Maidenhead) and defender Luke Croll (from Exeter). They joined the likes of experienced defender Kenny Clark and striker Angelo Balanta, plus former Card Matt Robinson and Chike Kandi, to form an outfit that promises to give the Daggers a good chance of recovering their Football League status.

On a bright, calm afternoon the Cards lined up with Craig Ross in goal, a towering central defensive trio of Diarra, Ben Gerring and Manny Parry, with Cook and Josh Casey as wing backs. The midfield comprised Sean Donnellan, Ferdinand and Max Kretzschmar, with Dave Tarpey and Jake Hyde up front. New loan signings Tyreke Johnson and Ibrahim Meite were on the bench.

Roared on by a noisy contingent of 340 fans, the Cardsâ€™ aerial threat became clear at the very first opportunity. In the 7th minute Kretzschmar floated in a free-kick from out left, Diarra headed towards goal, with Cook nodding back a partial clearance, and Ferdinand scrambling the loose ball home from close range.

The Daggersâ€™ first chance came in the 16th minute when Graham beat Cook to a header from a diagonal cross, nodding down to Clark, who, however, drilled wide.

The home side began to make most of the running as they started to put some passes together, pushing Woking back. The Cards found it hard to retain possession in midfield and had to rely mainly on hitting long balls towards Tarpey and Hyde. But another free-kick, in the 26th minute, demonstrated again the Cardsâ€™ threat at set pieces. After the first Casey corner was tipped over the bar, Diarra flicked the second onto the bar. A few minutes later Hyde flashed a dangerous ball right across the goalmouth, a deflection gaining a corner. Gerringâ€™s header reached Parry but the latter could not get his effort on target.

In the final quarter before the break the Daggers ramped up the pressure and it looked as though the Cards would do well to keep their lead intact till the interval. A fine â€˜takeâ€™ by the lively McQueen led to a shot by Eleftheriou, which Parry blocked. The Daggers went even closer when a McQueen free-kick ricocheted off the wall and just over the bar, with Ross stranded. Several corners followed before Woking nearly profited from a swift breakaway, Hyde sweeping the ball into Tarpeyâ€™s path but the latter wasnâ€™t quick enough to avoid Clarkâ€™s saving tackle.

On the stroke of half-time Quigley put a tame header straight at Ross and ought to have done better when putting wide a fine Balanta cross.

The expected Dagenham onslaught did not really materialise in the second half, thanks in large part to some superb closing-down and timely interceptions. In fact, it was Woking who again produced the early threat. A Cook long throw was flicked on by Diarra but Ferdinandâ€™s snap shot was blocked.

In the 52nd minute, though, the Cards doubled their lead. A Casey free-kick was headed goalwards from the far post, enabling Diarra to nod home from very close in.

Peter Taylor began to ring the changes for the Daggers but they were not able to produce a sustained attacking threat. The long legs of Diarra foiled Quigley and Brundle fired well over the bar before, in the 69th minute, substitute Reece Grant went close with a spectacular diving header.

A few minutes later Dowse brought on Godfrey Poku for Kretzschmar and Ibrahim Meite for Hyde, quickly followed by Tyreke Johnson for Tarpey. Poku quickly got stuck in and the two new loan signings impressed with their endeavour, energy and pace. Johnson nearly played in Meite and Donnellan did the same for Johnson.

Meite came close to grabbing a third goal when he blocked a clearance. The ball spun up in the air towards the goal. The Daggersâ€™ keeper just managed to pounce on the ball but it looked as though he had pushed Meite in the back in the process.

In the 86th minute Ross dived low to take cleanly a long-distance shot from Brundle and then had to produce a fine save to deflect Balantaâ€™s effort away for a corner. The Cards too managed a rare shot, Poku trying his luck from a fair way out. A Brundle effort was deflected away for a final corner, headed firmly away by Ferdinand, before the Woking players, management and fans could celebrate an excellent win.

This was a magnificently committed performance, with everyone, from front to back, working their socks off to frustrate a talented Daggers side. Special mention must go to the three centre backs, with outstanding displays by Diarra and Parry in particular, but they were well supported by all their team mates. An added bonus towards the end was seeing the cameo performances of Meite and Johnson, who both looked as though they could trouble defences with their running.

The Cards will go into Tuesday nightâ€™s â€˜derbyâ€™ game against the Shots with great heart after this morale-boosting win. Letâ€™s hope the hard work which made it possible hasnâ€™t taken too much of a toll on energy levels.

Man of the Match: Moussa Diarra (pictured), rapidly becoming a fansâ€™ favourite, winning almost everything in the air and making many timely interceptions on the ground.