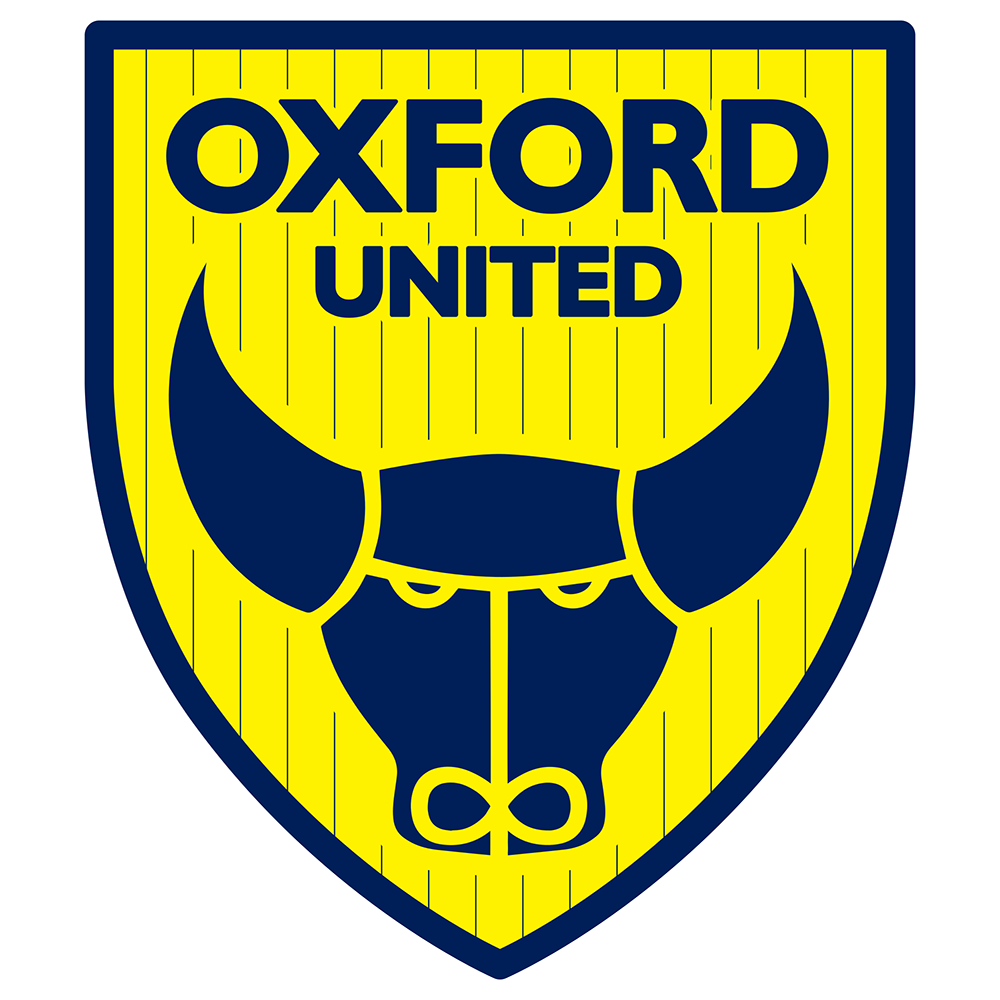 The Cards return to the Laithwaite Community Stadium on Saturday afternoon when League One side Oxford United come to town in our first pre-season home game of the new season.

It will be the first time that Woking have played in front of a home crowd since the National League South Promotion Final victory over Welling United back in May, with Alan Dowson and his team looking to build on Tuesdayâ€™s pre-season opener, which ended in a 3-1 win over Badshot Lea.

Dowse used 22 players in mid-week, including 13 players already announced as having signed for the new season, as well as seven trialists. In addition, there were appearances from Moussa Diarra, who was subsequently announced as having joined the club on a permanent basis on Wednesday following his successful loan move last season, and academy defender Joe Morrison. Paul Hodges was the only player not involved with the squad.

In the first-half the Cards started with Craig Ross in goal, a back four of Nathan Collier, Josh Casey, Ben Gerring and new signing Manny Parry, a midfield of Kane Ferdinand and one of two trialists, with Jack Skinner, Max Kretzschmar and the second trialist playing in advanced roles behind Dave Tarpey. Ferdinand gave the visitors the lead on the half hour mark before Badshot equalised from the penalty spot.

In the second-half, Dowse introduced Diarra, Morrison, Sam Howes, Jack Cook and Godfrey Poku, along with five further trialists, but it was Skinner, the one survivor from the first period, who restored Wokingâ€™s lead. He was replaced for the final quarter by striker Jake Hyde, who netted a third with his first touch to round off a comfortable win, and ensure the perfect start for Dowse and his team.

The Uâ€™s, managed by former Milton Keynes Dons and Charlton Athletic boss Karl Robinson, finished 12th in League One last season. They struggled for much of the campaign and looked to be embroiled in a relegation battle, only to end the year as one the divisionâ€™s form teams, eventually finishing a comfortable 10 points clear of the bottom four.

Theyâ€™ve already played three pre-season games so far, losing 5-0 away to Scottish Premiership side Rangers, beating neighbours Oxford City 5-3, and defeating Hellenic League side Thame United 2-0. Players to look out for include goalkeeper Simon Eastwood, who had a short loan spell with Woking during the 2008/09 season; midfielder Cameron Brannagan, who played three Premier League games for boyhood club Liverpool; and former Scottish international Jamie Mackie who has a huge amount of experience with the likes of Queens Park Rangers, Nottingham Forest and Reading.

Ticket prices are Â£10 for adults, Â£5 for concessions and Â£3 for under-16s. Tickets are available online in advance or on the day at the turnstiles. Please note that this fixture will be segregated.

Wokingâ€™s second fixture of the 2019-20 pre-season schedule saw the Cards claim a well-deserved draw against League One side Oxford United, who finished a credible 12th in the third tier of English football last season. The Cards matched the visitors stride for stride in a competitive game, coming back strongly in the second half and finding a well-earnt equaliser after falling behind towards the end of the first half.

Dowse opted to set up in the usual 4-2-3-1 formation and made four changes from the side that started the first pre-season game versus Badshot Lea on Tuesday night. Craig Ross started in goal again with Jack Cook replacing Nathan Collier at right-back with Manny Parry partnering Ben Gerring in the heart of the defence and Josh Casey at left-back. In front of them at the base of midfield, Godfrey Poku came in for Kane Ferdinand and new signing Shaun Donnellan, starting alongside him. Max Kretzschmar started wide on the right with Dave Tarpey playing a roaming role in the hole behind Jake Hyde and a trialist playing wide on the left.

The first half saw the visitorsâ€™ kick-off and saw the Cards playing towards the Leslie Gosden Stand in their new Sky Blue alternative kit, starting brightly, pressing high up the pitch led by energetic Poku in central midfield and looking to feed the channels. The first chance of the game fell to Woking in the 2nd minute as Cookâ€™s long throw into the box eventually fell to Gerring whoâ€™s half-volley was well blocked. Oxford went immediately up the other end to create their first chance, but Jones failed to keep a half-chance down at the back-post following a cross from the right and sent it over the bar.

Oxford then showed why they are in League One with some nice possession football in the midfield but the hard-working Cards harried them all over the pitch and won a corner in the 8th minute and nearly took the lead, as Kretzschmarâ€™s corner on the right was narrowly headed over the bar to the left by Hyde after he made a good near post run.

The visitors had a lionâ€™s share of the possession for much of the next 20 minutes in the centre of the park, keeping the ball well, but they failed to create any clear-cut opportunities, as the Cards continued to match their opponents and worked hard across the pitch while looking dangerous themselves on the counter-attack.

The next decent chance fell to Woking in the 30th minute after good work from Hyde and Kretzschmar on the right hand side. The ball eventually came back to Cook who whipped in a lovely cross from the right hand side and found Parry, who was up from the back and had stayed in the box from a previous free-kick, but his header from around the penalty box went over the top.

The game then livened up in the 36th minute when the visitors took the lead, as a ball over the top from Sykes, found Frear who nipped in after some hesitant defending, before controlling the ball nicely and finishing calmly with his left foot, giving Ross no chance in goal.

The goal opened the game up, as the last 10 minutes of the half saw a few good chances. Sykes sent a shot from the edge over the bar for Oxford before the Cards nearly levelled as Casey floated in a lovely free kick from the middle of the visitorsâ€™ half but Cookâ€™s toe-poke went just past the left hand post. A few minutes before half-time, Hyde then sent in a speculative effort from the edge of the box on the right which was comfortably saved.

Dowse opted to send the same line-up out for the start of the second-half and the Cards started strongly, pressing well in midfield. Tarpey (pictured above), who had struggled to make a real impact on the game in the first half immediately got more involved and in the 49th minute he cut in off the left flank and fired in a strong right foot shot which was well saved at the near post.

Tarpey and Kretzschmar, who started on the left in the second half, were linking well and in the 52nd minute, Tarpey then had a lovely dipping right foot free-kick from the edge of the box well saved near the left hand post after Max had been fouled.

The Cards were putting pressure on their League One opponents in the first 15 minutes of the second half winning the ball back and making some nice moves into the channels on both flanks and deservedly equalised in the 58th minute through Hyde. The striker, first had an effort well blocked in the penalty box after good work from Max and Tarpey on the left, before the ball came out to Cook on the right who delivered a pin-point cross, where Hyde found some space in the box about 10 yards out and superbly headed the cross into the right corner giving the Oxford keeper no chance. 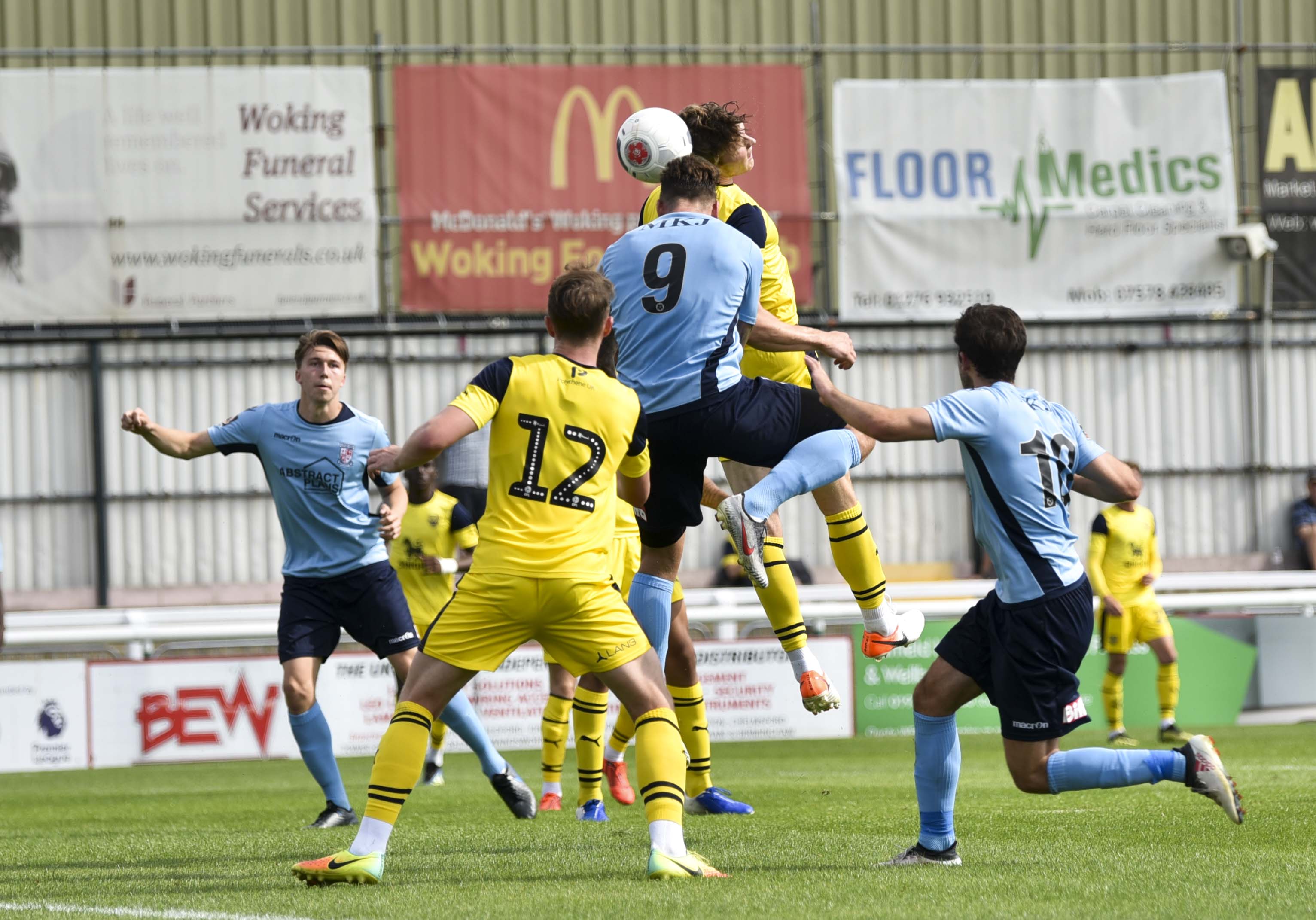 Straight after the equaliser, Dowse made a string of changes, as Howes came on for Ross in goal, Diarra came on for Parry in the heart of the defence, Collier replaced the impressive Cook at right back, Ferdinand came into the centre of midfield for Donnellan, Hodges replaced Kretzschmar, Skinner came on for Hyde and the two trialists replaced each other.

The Cards continued to probe, and Tarpey, who was finding plenty of space in the second half with his intelligent movement and running, nearly put them in front in the 65th minute but was denied 10 yards out by a last-ditch challenge in the box. From the resulting corner, the solid Casey, put in a lovely ball where Ferdinand rose highest and headed towards goal but it was well cleared. Oxford offered little up to this point in the second half and the Cards were well on top.

The visitorsâ€™ manager Karl Robinson had seen enough, and made a host of changes in the 72nd minute. Among those entering the fray were former England manager Sam Allardyceâ€™s eponymous grandson and former Liverpool player Cameron Brannagan, who has played in the Premier League. The changes boosted the visitors who began to win more possession and Brannagan had a free kick shot well charged down by the well organised Cardsâ€™ defence.

Dowse then took off Poku, who had covered a lot of ground all afternoon, in the 78th minute, bringing on academy graduate Joe Morrison, who went to right back and Collier moved into the centre of the midfield alongside Ferdinand.

The Cards finished the stronger and in the 81st minute, Tarpey, who had threatened to grab a goal in the second half, nearly put them in front with a long range right foot effort which was well saved in the left hand side of the goal. Oxford then nearly grabbed the winner a minute later, but Lofthouse failed to find the target and test Howes from 12 yards after being put clean through on the right after being well pressurised by Morrison. Skinner then nearly won it for the Cards when he made a strong run through the middle and hit a long range effort from the edge of the box that was well saved. These were the last chances of a competitive and keenly-contested game.

It was a strong afternoonâ€™s workout for Dowseâ€™s men who matched their League One opponents throughout the game and showed great spirit across the park. After falling behind in the first half the Cards were the better team in the second half and deservedly grabbed an equaliser, giving the visitorâ€™s very few chances. They had more efforts on goal than Oxford and created more opportunities and could easily have nicked it in the last 10 minutes. There were a number of strong performances across the pitch and the Cards will be hoping to keep up this level and intensity when they take on League One outfit Wycombe Wanderers at the Laithwaite on Tuesday night.

Man of the Match: Godfrey Poku â€“ high-energy display and impressive work-rate in the centre of the park. He covered a lot of ground, pressing the ball well and won possession back a number of times.