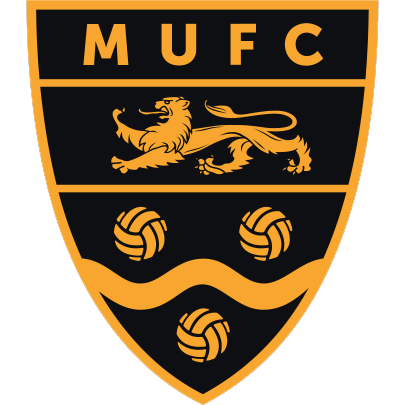 Itâ€™s credit to how much the club has progressed in recent weeks that manager, players and supporters were left somewhat disappointed as the Cards were held to a draw by National League side Maidstone on Saturday.

Despite the potential distractions of a top of the table league game with Billericay Town, a double header with Dowseâ€™s former club Hampton & Richmond Borough, and of course that FA Cup game with Premier League Watford, all of which are due to take place in the next three weeks, Woking were once again excellent as they stretched their unbeaten run to 10 games in all competitions.

The Stones, hampered by Ollie Muldoonâ€™s first-half red card as well as the absence of cup-tied striker Jake Robinson, looked out of sorts for much of the game and were fortunate to take the lead against the run of play through Sean Shields. The Cards continued to press however and were justly rewarded when Toby Edser scored his second FA Trophy goal of the season to earn his side a replay.

The two teams will now do it all again at the Gallagher Stadium tomorrow evening and we hope as many supporters as possible will make the journey to support the team. The winners of the replay will face either Maidenhead United, another relegation-threatened National League side, or Oxford City in the next round. Their game was abandoned on Saturday with Oxford leading 1-0.

Even with the much-discussed fixture congestion, Dowse is likely to stick with a strong team for the game against Maidstone, as he looks to advance in a third cup competition. On Saturday, he handed debuts to two new loanees in Aaron Eyoma and Noel Leighton as they joined Paul Hodges and Max Kretzschmar in a new-look front four, while Edser partnered Christian Jolley in midfield. There are options in the squad to change this with Greg Luer, Nicky Wheeler and Jake Hyde all available.

For those wishing to travel, the Gallagher Stadium can be found on James Whatman Way with the postcode ME14 1LQ. Itâ€™s approximately a one hour and five-minute drive from the Laithwaite Community Stadium. The nearest station is Maidstone East which is less than a 10-minute walk from the ground. Ticket prices are the same as Saturday â€“ Â£10 for adults, Â£5 for concessions and Â£1 for under-16s.

Cards edged out in Trophy replay

The Cards were edged out deep into extra-time in this keenly-contested replay after having come back twice in a game in which they often looked the more composed, creative and fluent side in spite of being in a league below their hosts. The Stones took the lead in the first half but Woking equalised through the lively Aaron Eyoma just before half-time. They found themselves behind again immediately after the break but once more achieved parity through substitute Paul Hodges in the 79th minute. Into extra-time they again looked the more likely to secure a winner but were sunk five minutes before the end of the second period by a well-worked Stones winner.

On a wet and windy night â€“ but not quite as cold, fortunately, as at Saturdayâ€™s encounter â€“ the Cards lined up with one change in their starting eleven, with Greg Luer replacing Hodges, who dropped to the bench, where he was joined by Charlie Hester-Cook, coming in for the (presumably injured) Jake Hyde. A small but vocal band of Woking fans â€“ many others presumably queuing up for their FA Cup tickets at the Laithwaite Community Stadium â€“ contributed to a sparse crowd for a game which, on paper, neither side really needed in view of their pressing league commitments. But Dowse had signalled that the Cards intended to contest the game fully and that was certainly reflected in the teamâ€™s attitude and performance.

Woking almost found themselves behind after only 30 seconds as a shot, bouncing on the slippery artificial pitch just in front of Craig Ross, was spilled but fortunately spun away safely.. The home sideâ€™s bright start continued as Sean Shields, a thorn in Wokingâ€™s side down the flanks, beat Jack Cook and crossed for Elliott Romain to shoot wide.

The Cards gradually found their feet and, with the impressive Toby Edser and Christian Jolley pulling the strings in midfield, deft touches from Luer, strong running from Noel Leighton and the pacy threat from Eyoma, they soon began to attack promisingly. Their best chance came in the 12th minute when Max Kretzschmar blasted inches over the bar from a half-cleared corner. At the other end, Romain scuffed a good opportunity wide six minutes later.

Midway through the half Luer laid the ball off neatly to Leighton, who fired in an excellent left-footed effort on the turn, being foiled by a good save from Ross Worner.

Although Woking looked the more creative side, there was little between the sides in terms of chances created, with Jack Powell going close as the defensive wall deflected a free-kick just wide of Rossâ€™s upright.

The home side took the lead, somewhat unexpectedly, in the 33rd minute. Shields whipped in a cross, with Michael Phillipsâ€™s twisting back header looping up over Ross and under the bar.

After Ben Gerring had headed a good chance wide, Shields created another goalscoring opportunity for the home side as Romain headed his cross over. But Dowseâ€™s side again showed their resilience and fully deserved the fine equaliser which they grabbed in the 41st minute. Luer worked the ball across the area to Eyoma, who cleverly feinted to take defenders out of the game before finishing neatly past Worner to make it 1-1.

Woking almost added another goal just before the break when another smart move involving Leighton, Luer and Eyoma saw the last-named fire in a fierce left-footed shot which Worner managed to beat away to safety.

Dowse will have been dismayed by his sideâ€™s sloppy start to the second half which saw the Stones regain the lead inside 30 seconds. Wishartâ€™s pushed pass into the box looked harmless enough but it dribbled through to Jake Cassidy, who stabbed home to make it 2-1.

Once again the Cards had to come back from behind and, to their credit, they set about the task in impressive fashion, dominating the rest of the half, as the admirably unbiased Radio Kent commentators sitting behind me frequently confirmed to their listeners. Edser ought to have scored in the 55th minute when Luer pulled the ball back after an enterprising run, but the young Nottingham Forest midfielder dragged his shot wide. The attacking momentum was maintained as Paul Hodges came on for Leighton in the 69th minute, closely followed by Nicky Wheeler for Eyoma. Shortly afterwards, in the 79th minute, the Cards deservedly equalised for the second time. Wheelerâ€™s cross was half cleared but dropped to Hodges, who brought the ball under control and then volleyed it home splendidly to make it 2-2.

It was Woking who looked the most likely to force a winner in normal time but Luerâ€™s sharp strike was deflected away for a corner.

Extra time was probably the last thing the respective managers wanted, with both sides having crucial league games coming up on Saturday. Both teams came close in the opening minutes of the first period with Jack Paxman firing over the bar and Hodges forcing a point-blank save from Worner at his near post. The only other clear chance fell to Gerring, but the ball was swept off his toes.

Penalties seemed to be looming as two tired teams continued to battle it out for supremacy in the second period. Shieldsâ€™s effort was blocked by Nathan Collier, atoning for what looked like a crucial defensive error, while Edser put a header wide after his good work had first created a difficult chance for Wheeler.

But, almost at the death, the Stones grabbed a well-worked winner. Shields managed to evade Kretzschmar and Hodges to cross from the byeline, with De Havilland heading home from close in.

As Woking threw players forward, Ross had to pull off a remarkable double save to prevent the Stones from sewing the game up, and then to foil another attempt with an outstretched leg, but the most the Cards could manage was a Kretzschmar shot which went straight into Wornerâ€™s midriff.

All credit to the Woking players for making such a fight of a game when it could have been tempting to take oneâ€™s foot off the pedal. They will regret not finishing the game off at the Laithwaite Community Stadium on Saturday when the Stones were down to ten men for a good part of the match. But there was much to admire in the performance from front to back, especially the midfield play of Edser and Jolley, skilful touches and positioning from Luer, cameos from Leighton and Eyoma, the usual attacking momentum from Casey and stout defending from the central pairing of Cook and Gerring plus some fine saves from Ross. The display, if not the score, should put them in good heart for Saturdayâ€™s vital clash away at Billericay.

My MOTM: Another classy display from Toby Edser (pictured), but run close by the skilful Greg Luer.