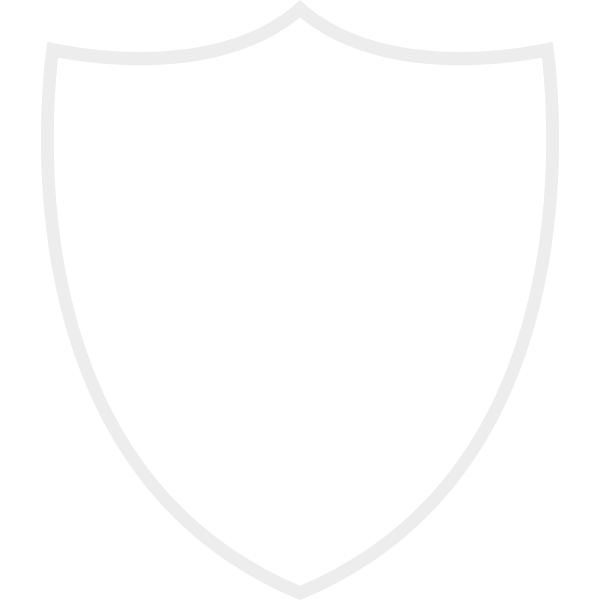 The Cards were given a stern test on the opening day of the new season as East Thurrock United gave Alan Dowsonâ€™s new-look Woking side an uncomfortable welcome back to the National League South.

After a self-confessed slow start the Cards steadily improved after the interval, helped greatly by the introduction of substitutes Reggie Young and Paul Hodges, and their efforts were eventually rewarded in stoppage time when Young won a penalty and Max Kretzschmar found the net from the spot.

In a refreshingly honest post-match interview Dowse insisted that he would be expecting an improved performance on Tuesday evening when his team host St Albans City at the Laithwaite Community Stadium â€“ whilst his comments were also echoed by defender Nathan Collier.

Like Woking, St Albans werenâ€™t at their best on Saturday, but just like the Cards they did enough to secure all three points thanks to a stoppage time winner â€“ defeating Hungerford Town 3-2. With both teams looking to build on their encouraging starts we could be in for a great game, so come along if you can and enjoy the action.

The Cards will hope to welcome back Jack Cook and Duane Ofori-Acheampong after the pair missed out on the squad for the opening game of the season through injury.

Against East Thurrock, Dowse started with Berti Schotterl in goal, a back four of Daniel Spence, Josh Casey â€“ who captained the team â€“ Ian Gayle and Collier, a midfield pairing of Christian Jolley and Kane Ferdinand, and a front four of Nicky Wheeler, Fabio Saraiva and Kretzschmar behind Jake Hyde.

However, with players on the way back and following the impact of Young and Hodges, that team could look very different on Tuesday evening. The somewhat surprise inclusion on the bench on Saturday, defender Kiran Khinda-John, has joined the club on a short-term deal following his trial period in pre-season to provide cover for the injured Charlie Wassmer.

The Saints came from behind twice on Saturday as a brace from Ralston Gabriel and a 94th minute winner from Dave Diedhiou eventually saw them over the line against Hungerford.

Ian Allinsonâ€™s side lined up with Dean Snedker in goal; a back five of former Aldershot Town man Ben Herd, Welsh Under-21 international Tom Bender, goalscorer Diedhiou along with Tarik Moore-Azille and Percy Kiangebeni; a midfield of veteran David Noble, formerly of Bristol City and Exeter amongst others, and former Fulham youth team player Solomon Sambou; whilst Khale Da Costa, who trialled with the Cards a couple of summers ago, and Gabriel, who scored over 30 times for Haringey Borough last year, supported one-time Zimbabwe international David Moyo up front.

One to watch, who came off the bench on Saturday, is forward Zane Banton â€“ the former Luton Town youngster scored 14 goals in all competitions last season.

The two teams did actually meet in a pre-season friendly in 2015 when a Scott Rendell penalty was the difference between the sides. However, our last official meeting with the Saints came shortly after Garry Hillâ€™s appointment as Woking manager back in 2011, in what was only his fourth game in charge. Moses Emmanuel, then Ademola, scored the first six minutes into the second-half before Keiran Murtagh made the result safe. Former Card Inih Effiong came on as a substitute for the visitors but was then forced off 25 minutes later.

Our matchday programme, â€˜Cardinalsâ€™, will be on sale for Â£3. Donâ€™t forget to grab your copy on the way in! Youâ€™ll also be able to visit the club shop for more great offers.

The Cards are at home again on Saturday against Oxford City. The games are certainly coming thick and fast and our next away game is the following Monday, 13th August, against Wealdstone.

A dramatic finale to the Cardsâ€™ first home game of the season saw Dowseâ€™s side fall behind unexpectedly, only to equalise almost immediately through Jake Hyde (pictured) and then snatch a winner, four minutes from time, through Ian Gayle, to the delight of a busy and noisy Leslie Gosden Stand, which had been roaring the side on to their second win of the campaign.

On a sultry evening, with dark clouds gathering, Woking took the field with one change from the side which had started in the last-gasp 1-0 win at East Thurrock on Saturday, with Greg Luer coming in for Fabio Saraiva. Luer found himself out on the right flank in a three-man front line, with Hyde in the middle and Nicky Wheeler out left.

The Cards started at a fast tempo, with attacks focused on the tricky Wheeler, who fired in several crosses in the opening minutes, from one of which Hyde just lost out in a clash with the Saintsâ€™ keeper, Dean Snedker.

It soon became clear that the main â€“ if intermittent â€“ threat from Ian Allinsonâ€™s side would come from long throws into the area. Fortunately, the Cardsâ€™ defence, especially the outstanding Nathan Collier, were generally dominant in the air.

Woking continued to press forward, racking up the corner count, as they did throughout the evening, but the Saintsâ€™ defence proved stubborn, with only off-target headers from Kane Ferdinand and Gayle resulting.

Wheeler went closest around the quarter of an hour mark when he met a deep cross but his header, on target, was brilliantly clawed away by Snedker. A minute later the Saints almost opened their account when Collier was forced to hook off the line following a corner.

Max Kretzschmar, busy and influential in the middle of the park and also drifting out onto the right flank, curled a free-kick not too far wide before the Cards actually found the net. But the assistant referee had already flagged before Kretzschmar headed home, so Cards fansâ€™ celebrations were quickly cut short.

Having weathered a great deal of early pressure, the visitors came rather more into the game from the half-hour mark, perhaps sensing that the Cards were going to struggle to convert their dominance into goals. The pacy Sambou got round Christian Jolley before being thwarted, while Merson had a decent effort a few minutes later.

Woking responded with a midfield surge from the impressive Josh Casey, always looking in command at left back, but a poor Wheeler cross led to no advantage. Another foray on the stroke of half time saw Wheeler play in Casey in the box but the latterâ€™s cross was over-hit. The half ended with Wheeler heading a fine Luer cross wide but his blushes were spared by the raised flag from the assistant referee.

The Cards left the field perhaps reflecting on the potential danger of failing to test the keeper sufficiently in spite of all their attacking play.

With black clouds looming menacingly overhead, the Cards started the second half at electric pace â€“ no doubt following Dowseâ€™s orders to seek an early breakthrough. Corner followed corner in the opening minutes but still the Saintsâ€™ defence stood firm. As expected, Dowse quickly brought on the highly promising Reggie Young for Wheeler, but the young winger had to wait a little while before making an impact on the game.

With the hard-working Jake Hyde battling well up front and holding the ball up skilfully, the Cards continued to make nearly all of the running but without really looking as though they would achieve a breakthrough. However, in the 62nd minute, Young came close, stealing in at the near post to glance Kretzschmarâ€™s corner just wide of the far stanchion.

The Saintsâ€™ best chance to date came a few minutes later when substitute David Moyo headed wide from a cross to the far post when he really ought to have hit the target.

As at East Thurrock, Dowseâ€™s next move was to bring on the nippy Paul Hodges, this time in place of Luer. More admirable hold-up play from Hyde produced yet another corner. When the ball was played back in Hyde stooped low but headed beyond the far post, with Saints defenders appealing for offside.

After more frustration from crosses and corners, the Cards suddenly found themselves a goal adrift in the 80th minute, wholly against the run of play. Moyo was allowed a bit too much room to pick his spot but it was nevertheless a fine effort from outside the box which dipped over Bert Schotterl and into the top corner.

The jubilant away fans did not have long to enjoy their unexpected lead. Almost immediately, Young won another corner. Ferdinandâ€™s header came off the bar but Hyde was in the right place to nod home to make it 1-1.

A big and noisy crowd in the Leslie Gosden Stand urged the Cards on to seek a winner. A sublime piece of skill by Young bamboozled Ben Herd, who, picking up his second yellow card, was sent off.

The Woking pressure intensified and led to the perfect ending for home fans. A blocked shot rebounded to Gayle, who did well to shift left to make space before firing home: a goal greeted with rapture by Gayle himself, his team mates and by excited home fans.

There was still time for Hodges to set up Young, whose effort was blocked by Snedker, and for the Saints to fire wide and launch a couple of long throws and crosses before the referee blew for full time.

Dowse will have been delighted no doubt to see his side grab a win on his home league debut and to see them fight back so effectively after the shock of falling behind late in the game. This was a much better all-round performance than the display at East Thurrock, with some fine contributions, especially in defence, with Collier and Casey particularly catching the eye. Kretzschmar showed again how valuable he will be for the Cards in midfield: the danger may be in over-relying on him to provide the attacking momentum from that area of the pitch. Hydeâ€™s hold-up play, especially in the second half, provided a platform for Wokingâ€™s attacks, although the suspicion is that he may need more support alongside him if the goals are going to flow. Both Wheeler and Young threatened on the left but Luer did not look particularly comfortable out on the right flank. What was also notable was the energy and commitment of the whole side: traits which seem to be rapidly endearing Dowseâ€™s team to Cards fans.

With two wins from the first two games, the side has made a great start. Itâ€™s now Oxford City at home on Saturday, followed quickly by Wealdstone away next Monday.