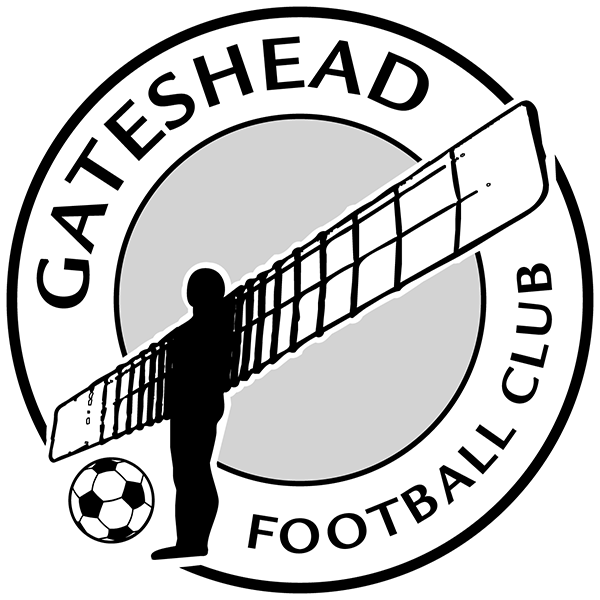 The Cards face a very tough trip on Saturday to a side which has been in great form. On paper, this has â€˜home winâ€™ written all over it but the Cards have a decent record at Gateshead, including a remarkable 5-1 away win there last season, and they have already beaten the Heed 3-0 at home this season. Letâ€™s hope that they can take their cue from those performances.

Torquay Unitedâ€™s 0-0 draw at home to Tranmere Rovers midweek means that the Cards, occupying the last relegation place, are now a point behind the Gulls with the same number of games played and an inferior goal difference. Maidstone United are two points above Woking with a game in hand. Neither Torquay nor Maidstone have a league game on Saturday, so the Cards would leapfrog both if they could pull off an unexpected win.

Yesterday evening a strong Cards line-up beat Guildford City away 2-1 with a late winner from Delano Sam-Yorke to reach the final of the Surrey Senior Cup. Charlie Carter had equalised the opening goal from City.

The Heed had a relatively disappointing season in 2015-16, finishing in 9th place, 13 points off the play-off places.

Manager Neil Aspin â€“ clearly with money at his disposal â€“ almost completely rebuilt his squad last summer. Among the arrivals were keeper Dan Hanford from Carlisle; defender James Bolton, an arrival from FC Halifax Town on a three-year contract; George Smith, a right-sided defender who made 40 appearances for Barnsley and who also had a brief loan spell with Crawley last season; centre back Manny Smith, one of three recruits from Wrexham but who also has 150 appearances for Walsall on his CV; captain, defender Liam Hogan, signed from Tranmere but another player previously with Aspin at Halifax; Jamal Fyfield, a defender signed from Wrexham who won promotion with York City and who has also turned out for Grimsby and Welling; winger Wes York, who made 90 appearances for Wrexham over two seasons; attacking midfielder Sam Jones, since sold to Grimsby Town for an undisclosed fee; midfielder Toby Ajala, with Torquay last season but who has also had loan spells with AFC Wimbledon and Cheltenham Town and a season at Welling; and young striker Nyal Bell, joining from Rochdale.

Danny Johnson, with 17 goals to his credit, and Jordan Burrow, a striker signed from FC Halifax Town in late November, have stepped into the breach left by the departure of Sam Jones, who was at that stage the Heedâ€™s top scorer.

Tuesday eveningâ€™s 1-1 draw at Macclesfield Town ended a run of six successive wins â€“ an upturn in form which has seen them surge into the play-off places. They now sit in fifth position with 62 points from 37 games. At home Gateshead have won eight league games, drawn eight and lost two, scoring 33 goals and conceding 15.

There is a reduction of Â£1 (apart from the U16 price) if purchased online in advance (www.gateshead-fc.com/buytickets), with tickets being picked up on the day.

Woking fans will be in the all-seater, covered Tyne and Wear Stand: entry via turnstiles 1-4. The game will not be segregated.

This was a result and a scoreline which few people would have predicted. The Heed arrived in good form, unbeaten since September and scoring freely, whilst the Cards languished in 20th place, having succumbed meekly at Dover Athletic midweek. But it turned out to be Gozie Ugwuâ€™s and Wokingâ€™s day as the predatory striker grabbed a hat-trick.

The first goal, in the 9th minute, came in a move which was to become familiar: a fine Jake Caprice run and cross met by a stooping header at the near post. The Cards had more of the attacking play for the following 20 minutes or so but were pegged back by the visitors towards the end of the first half and initially in the second half. But, in the 56th minute, Ugwu seized on a loose ball and drove forward to beat keeper Hanford.

Gateshead threatened to get back into the game, with Hall having to make a good save from Danny Johnson. But Ugwu sealed his hat-trick and all three points when, chasing a high ball, he managed to get between the retreating defender and Hanford and lift the ball over the keeper and into the net.

The Cards are away to Braintree Town next Tuesday (21 March) and then at home to Maidstone United the following Saturday (25 March) in a crucial â€˜six pointerâ€™.

Make a note now that entry to the Cardsâ€™ home game against Macclesfield Town at 3pm on Good Friday (14 April) will be free for U16s and only Â£10 for adults.