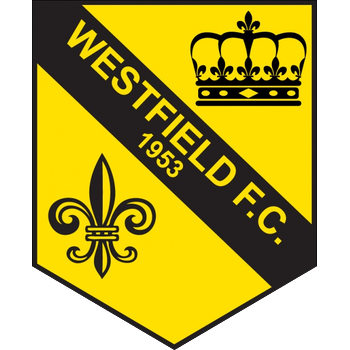 With the Cardsâ€™ place in the Quarter-Finals of the FA Trophy achieved on Saturday with a fairly comfortable 1-0 win over Oxford City, Garry Hillâ€™s side can now focus on Tuesday on moving onto the same stage of the Surrey Senior Cup. There can surely be very few clubs who are such close neighbours but who meet so rarely. The game has been switched to the Laithwaite Community Stadium because of the state of Westfieldâ€™s pitch. Come down to cheer on the Cards!

Garry will presumably wish to give some game time to those players who have not had much time on the pitch recently, including the likes of Nick Hamann, Godfrey Poku, Jake Caprice and Matt Robinson.

The Cards reached this stage of the competition with a 10-0 win over Sutton Common Rovers.

The winners of Tuesday nightâ€™s tie will be away to Molesey in the Quarter-Finals.

Westfield currently sit three places off the bottom of the Combined Counties League with 24 points from 20 games, having won six games, drawn six and lost eight. However, their position is misleading since they have half a dozen or so games in hand on most of the clubs above them. As this implies, Westfield have had a number of games postponed, mainly as the result of the state of their own pitch.

Westfieldâ€™s last league game was a 4-1 defeat at Horley Town on 2 February.

They beat Chertsey Town 2-0 at home in the last round of this cup competition.

There are reduced admission prices for this match, including free entry for U14s:

The Cards are at home to Guiseley AFC this Saturday (13 February) with a 3pm kick-off.

Cards go through to the next round

Woking made hard work of it at times in beating a resilient and determined Westfield side. With four divisions separating the two sides, Cardsâ€™ fans might have thought beforehand that victory would be a foregone conclusion. However, particularly in the first-half, Woking were made to work hard by a Westfield side who werenâ€™t overawed by the occasion and, certainly in the early stages, took the game to the home side. Having gone behind to a fine headed goal from a corner midway through the first half, the home team managed to equalise a minute later before grabbing the lead on the stroke of half-time. Two second half strikes secured the tie for the Cards and they ran out comfortable winners in the end, but the visitors did themselves proud and kept going right to the final whistle.

Woking fielded a team largely made up of 'squad' players with the line-up including Nick Hamann, Godfrey Poku and Alex Smith. There was also a place in central defence for promising youngster Andrew Mills (pictured), who may have been slightly surprised to find Keiran Murtagh next to him in the middle of the back four.

The home side started like a team who fully expected to win which allowed their visitors, currently languishing towards the bottom of the Combined Counties League, albeit with a number of games in hand, to get a foothold in the game and build some confidence against their illustrious opponents.

After an open and evenly contested first twenty minutes, the game sprang to life when Westfield took the lead. Pat Kirby swung over an inviting corner and Rob Parrot rose to head powerfully home.

The visitors then committed the cardinal sin of 'turning off' a minute later as Joe Quigley was allowed time and space to chip the equaliser from ten yards out.

This setback did little to deter Westfield, who were clearly not prepared to roll over and allow Woking to net the sackful of goals the majority of the crowd expected. Although Giuseppe Sole struck the top of the bar with a trademark free kick from the edge of the penalty box, the visitors continued to look dangerous. Parrot, in particular, was looking sharp and might well have restored the lead but he failed to make decent contact with his head from a dangerous right-wing cross.

Just as it seemed as though the teams would be going into the break level, Quigley notched his second with a good turn and shot to the 'keeper's left from the edge of the box to give the hosts a somewhat flattering interval lead.

Bruno Andrade came on for John Goddard at the start of the second half. A fairly quiet start to the final forty-five minutes then ensued before Matt Jackson might have bagged the equaliser for Westfield but he blazed over the bar when well-placed in the fifty-second minute.

The Cards' greater fitness levels were now starting to show as first Poku was played through but couldn't quite manufacture a shot before Sole volleyed marginally over following a defensive lap. It still wasn't all one-way traffic, however, as a Kirby corner up the other end passed agonisingly across the Woking six-yard box without an attacker managing to make contact.

With time starting to run out, Woking finally made the game safe. Firstly, the unlucky Dale Burnham found the back of his own net on seventy-three minutes before Jake Caprice netted with a fine right-footed strike from twenty yards eight minutes later. There was still time for a deflected long-range effort from Poku to bounce back off the post into the keeper's arms, but the visitors left the pitch with their heads held high, having done themselves justice with a committed and impressive performance.

From a Woking point of view, particularly in the first-half, it might have been a little too close for comfort for Steve Thompson, in charge in the home dug-out, although with hindsight it will probably be viewed as a good run-out for the squad in preparation for Saturday's home league game against Guiseley as the Cards look to keep up their play-off push.

Next up in the Surrey Senior Cup will be a quarter-final away trip to Molesey on a date to be confirmed.


My Man of the Match: Andrew Mills - a solid, all-round display from the young central defender