The Assistant Manager's extended and improved deal runs through to June 2024.

Ian first joined the Club alongside Alan Dowson and Martin Tyler in the summer of 2018. He was part of the coaching team that guided the Club to promotion back to the National League at the first time of asking, and the Emirates FA Cup Third Round against Watford during the 2018/19 campaign. The squad kicked-on during the COVID-curtailed 2019/20 season, finishing just three points outside the play-offs.

Upon Dowson's departure in February 2022, Dyer stepped in as Caretaker Manager and recorded a 50% league win ratio. Darren Sarll named Ian as his Assistant Manager for the remainder of the 2021/22 season upon joining in March from Yeovil Town. 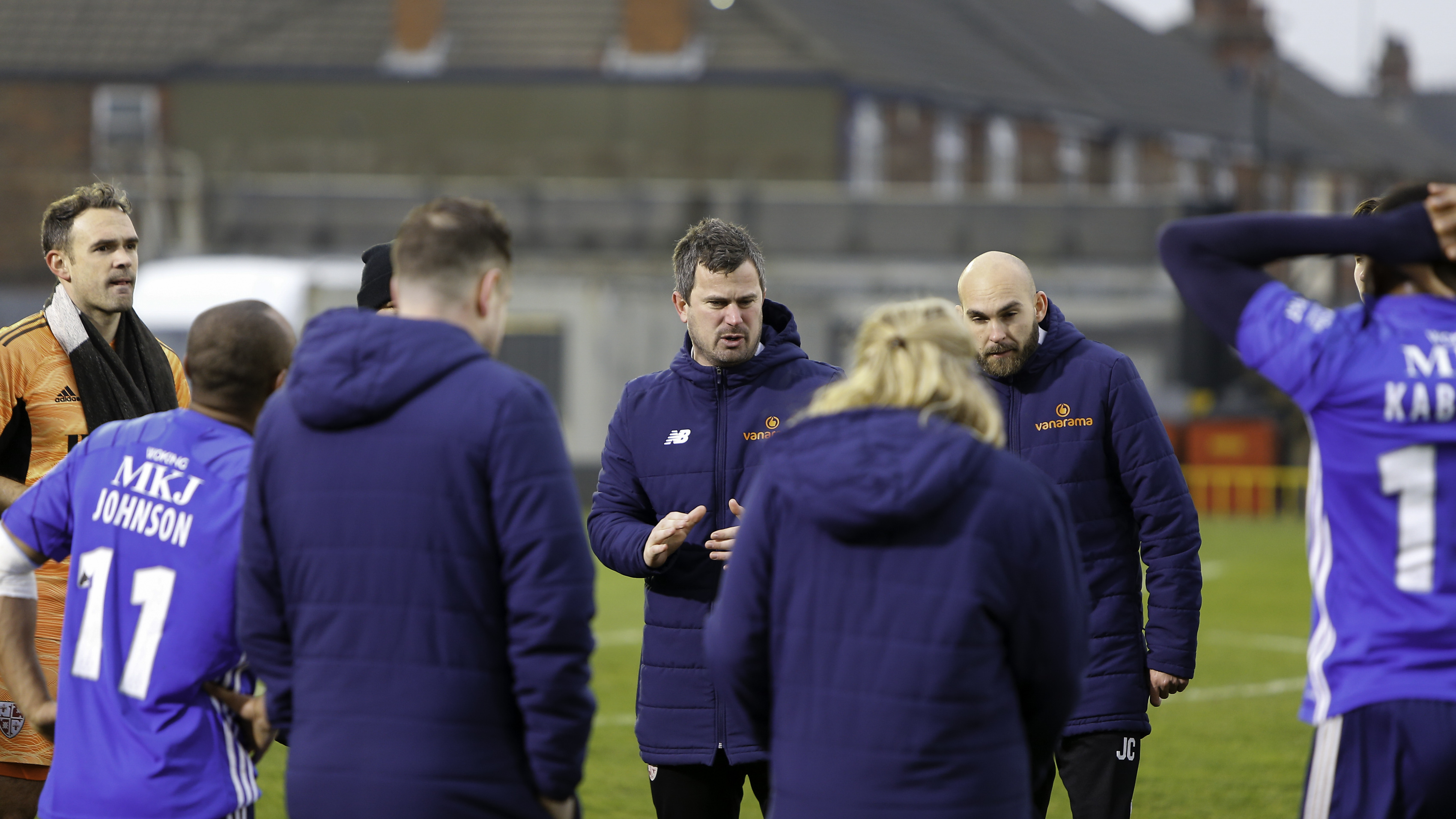 Dyer (centre) impressed as Caretaker Manager and then Sarll's Assistant
Phil Fiddes
“I’m very pleased that Ian has extended his contract as Assistant Manager through the end of the 2023/24 season,” said Chief Executive John Katz.

“Ian took charge of the first team in a very critical transition period, and I’m extremely excited that he will remain in the dugout alongside our Manager, Darren Sarll.” 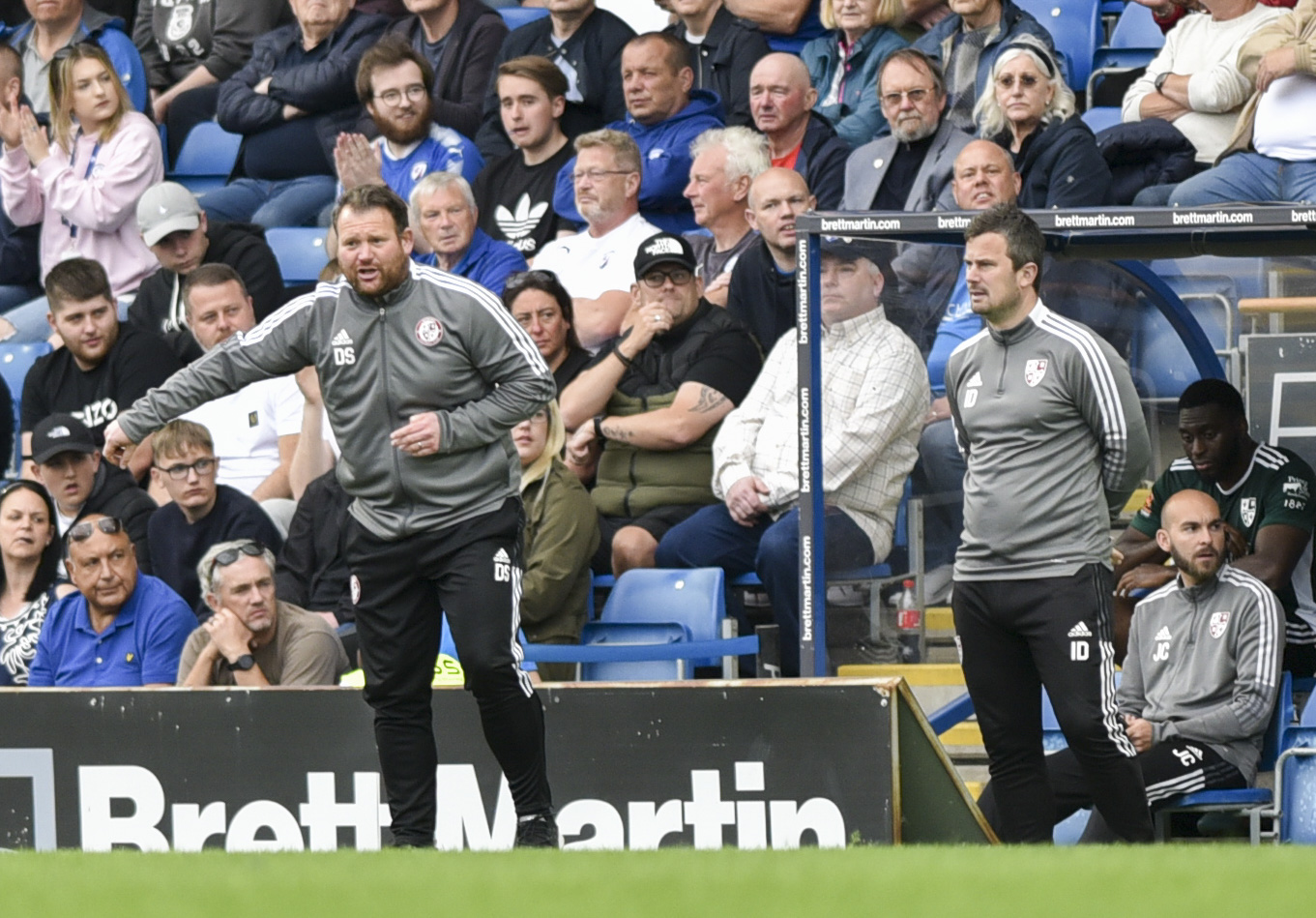 Dyer (right) will continue as Sarll's (left) Assistant
David Holmes
“Ian has shown a level of expertise and technical quality to his coaching that I’ve been really grateful of and impressed with," said Manager Darren Sarll.

“He’s also developing the off-the-field part of his role all the time, which he probably needs to - and will continue to - improve on. That will be my aim over the next two years, to improve Ian into a Football League standard Assistant Manager and potentially a really great servant for Woking for years to come."

“I look forward to working with him. We now run alongside each other contractually, which means we’ll both have high levels of motivation in order to make the period as successful as possible," Sarll added. 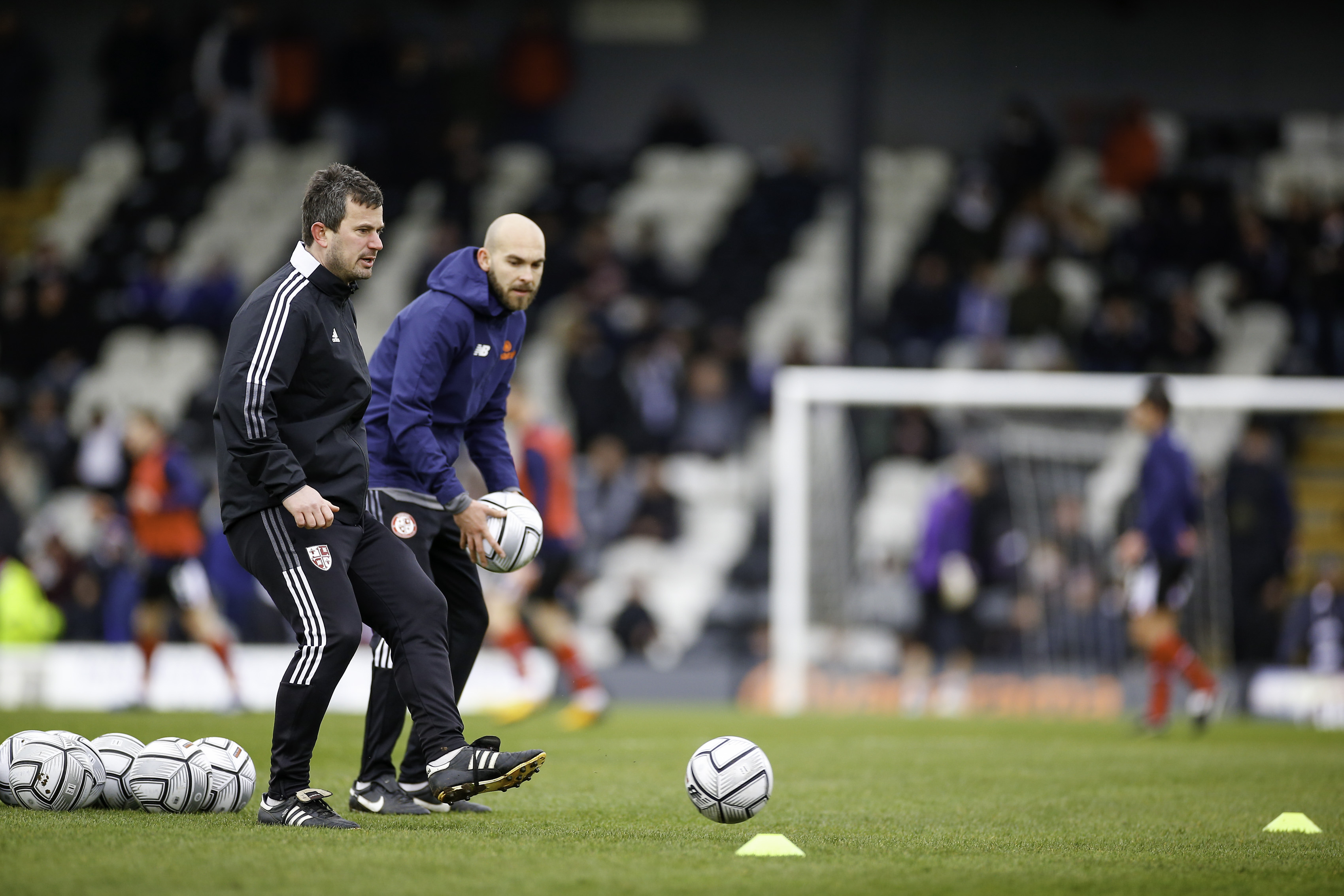 Dyer's (left) new and improved contract runs until June 2024
Phil Fiddes
“I’m absolutely delighted to be extending my contract at Woking Football Club for the next two years," Ian said upon signing.

"I’m really excited for this next chapter, and I can’t wait to get out on the training pitch with the players. I learned a lot from last season, and although there were some really difficult circumstances, I got to experience many different sides of the job which have been valuable moving forward.”

"I thank the Club and fans for their support and confidence they have shown in me. I’ll be working hard to support the gaffer, and provide that stability behind-the-scenes in what will hopefully be a positive season for the team,” added Dyer.

“It’s a very exciting time for the Football Club.”

There is still time to take advantage of our fantastic 2022/23 Early Bird Season Ticket offer!

GET YOUR SEASON TICKET HERE