Daniel O'Sullivan
12:00am, Thu 13th Aug 2020
Woking Football Club is delighted to confirm John Goddard has returned to the club.

The attacking midfielder, 27, rejoins the Cards after four years away. He's signed a deal through to the end of the 2020/21 season. 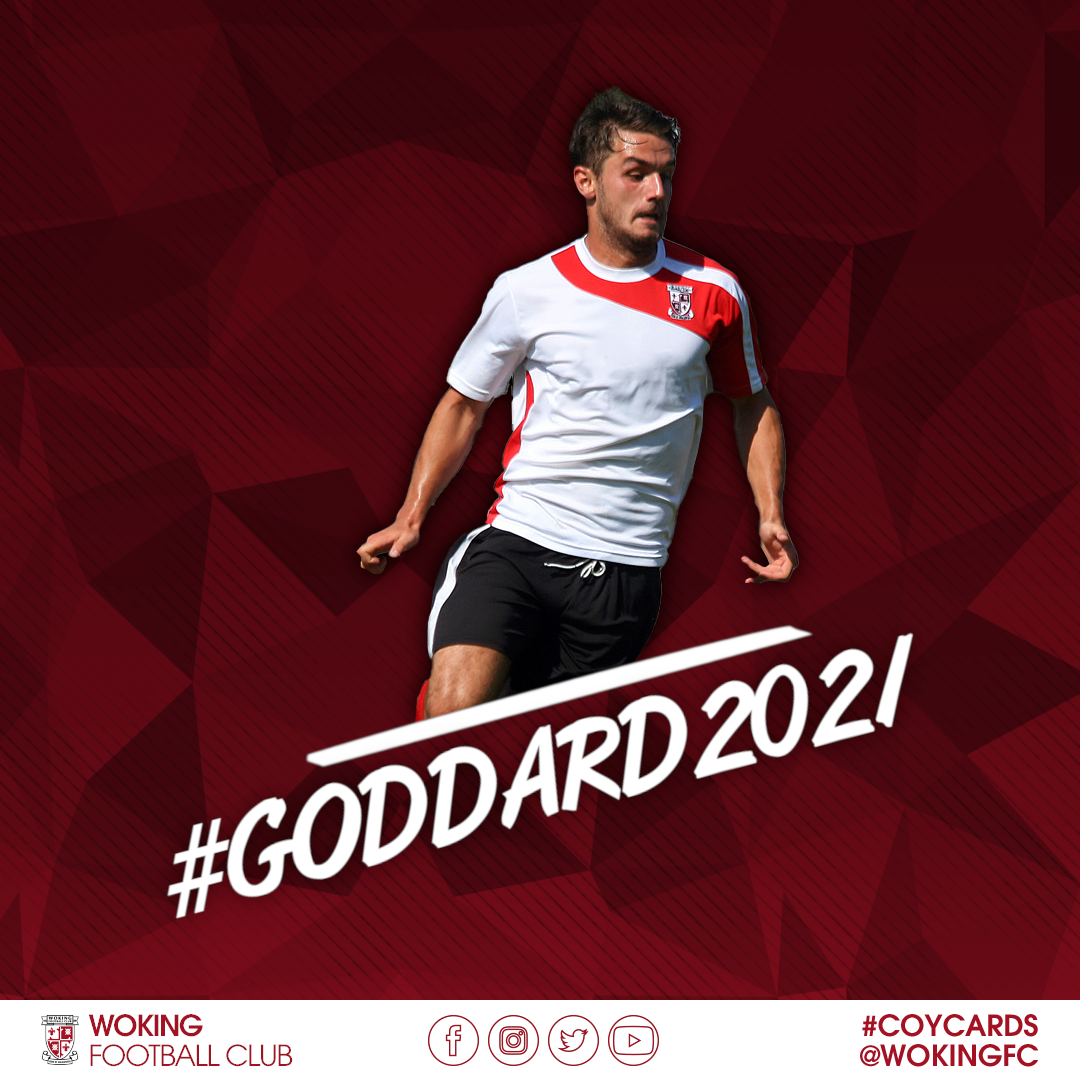 John became a fans' favourite at the Laithwaite during his three-season stay between 2013 and 2016, scoring 25 goals in 116 league appearances. He won the 2015/16 Woking Player of the Season award, before securing a move to EFL side Swindon Town.

Hear from John in his signing interview.