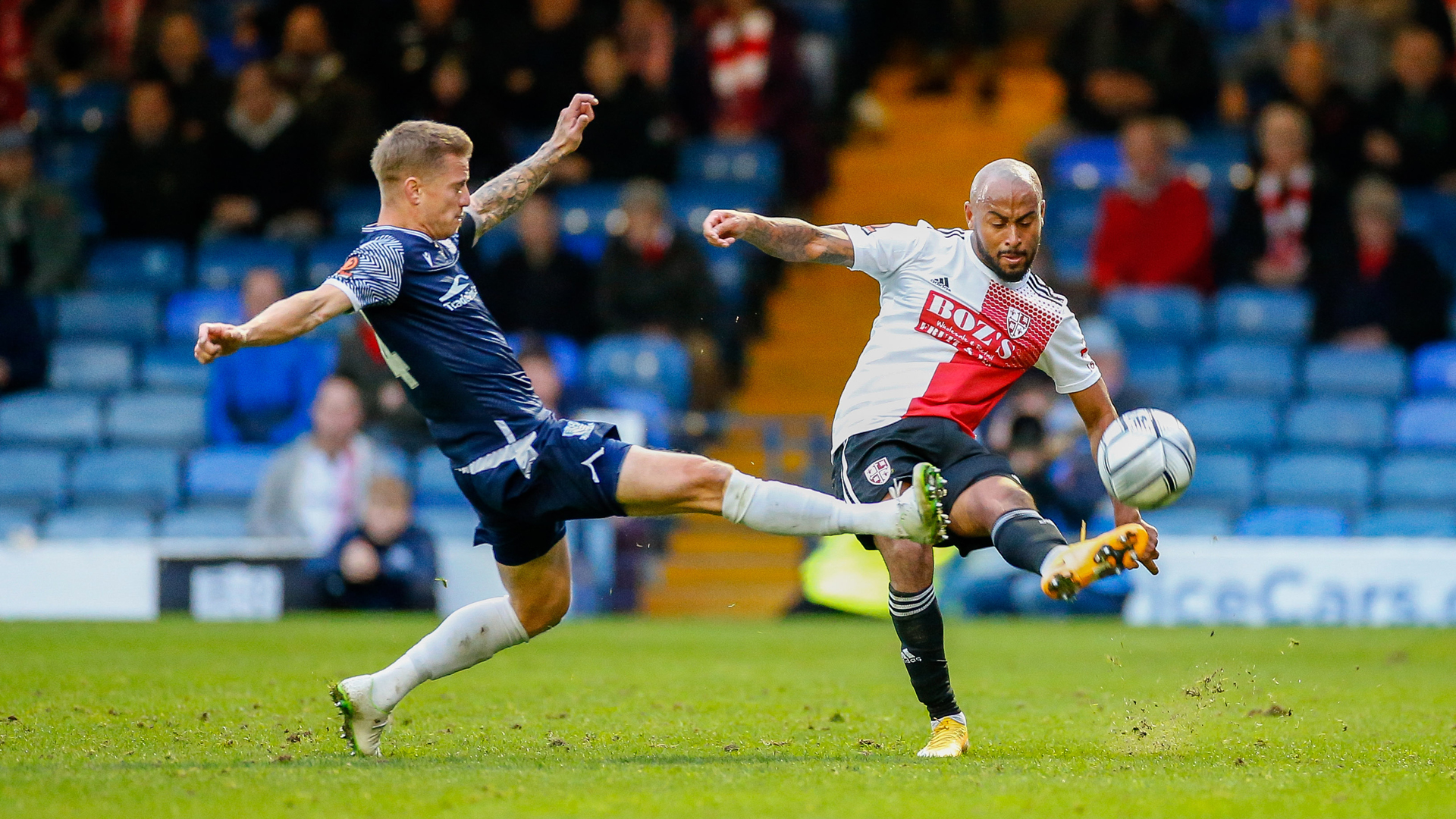 Woking return to National League action at the Laithwaite Community Stadium on Saturday as they welcome a Stockport County team fresh off the back of a commendable FA Cup scalp.

The Cards enjoyed a morale-boosting win themselves last weekend as struggling Southend United were brushed aside 2-0 at Roots Hall, marking just a second win in seven for Alan Dowson’s side, as well as a first clean sheet since the win over Dagenham & Redbridge at the start of last month. Tahvon Campbell scored his tenth league goal of the season, with an assist for Jamar Loza on his first league start of the campaign, whilst Max Kretzschmar made the game safe from the penalty spot late on.

Dowse still has plenty of options to freshen up his side after the likes of Loza and Tyreke Johnson came into the team and impressed against the Shrimpers. Jordan Maguire-Drew and Inih Effiong offer alternate forward options, whilst at the back, left-sided centre-back Louie Annesley is available again after returning from international duty with Gibraltar. Joe McNerney and George Oakley are the only players currently sidelined.

Stockport claimed a famous FA Cup scalp on Wednesday evening as they defeated League One side Bolton Wanderers 5-3 after extra time – coming from 2-0 and 3-1 behind to win over 120 minutes. But whilst the Hatters can now look forward to a second-round tie away to Rotherham United, new manager Dave Challinor’s short-term focus will be improving the team’s results in the National League.

After entering the season as one of the favourites for promotion, County are currently 11th in the league table, behind the Cards on goal difference after the same number of games played. Former manager Simon Rusk was dismissed after nine months in charge at the end of last month after successive defeats to Notts County and Barnet. They drew their most recent league game 1-1 with Bromley, who scored with one minute left on the clock to claim a point.

Challinor is well-known at this level, having previously been in charge at AFC Fylde and Hartlepool United, who he guided to promotion via the play-offs last season. He inherits a squad which Dowse called the best in the league when previewing the game this week. Notable names include strikers Paddy Madden, Scott Quigley and Alex Reid, midfielders John Rooney and Ben Whitfield, as well as defender/captain Liam Hogan.

Ticket prices are £20 for Adults, Concessions £15, Students and Next Generation £12 and £7 for 16-year-olds and under – click here for more information and to book your tickets online.

This match will be segregated, with Stockport fans being allocated the Chris Lane Terrace and some seats in the Seymours Community LGS.
Tags
Share Facebook Twitter Print