Cards hoping for a change of fortunes at Yeovil 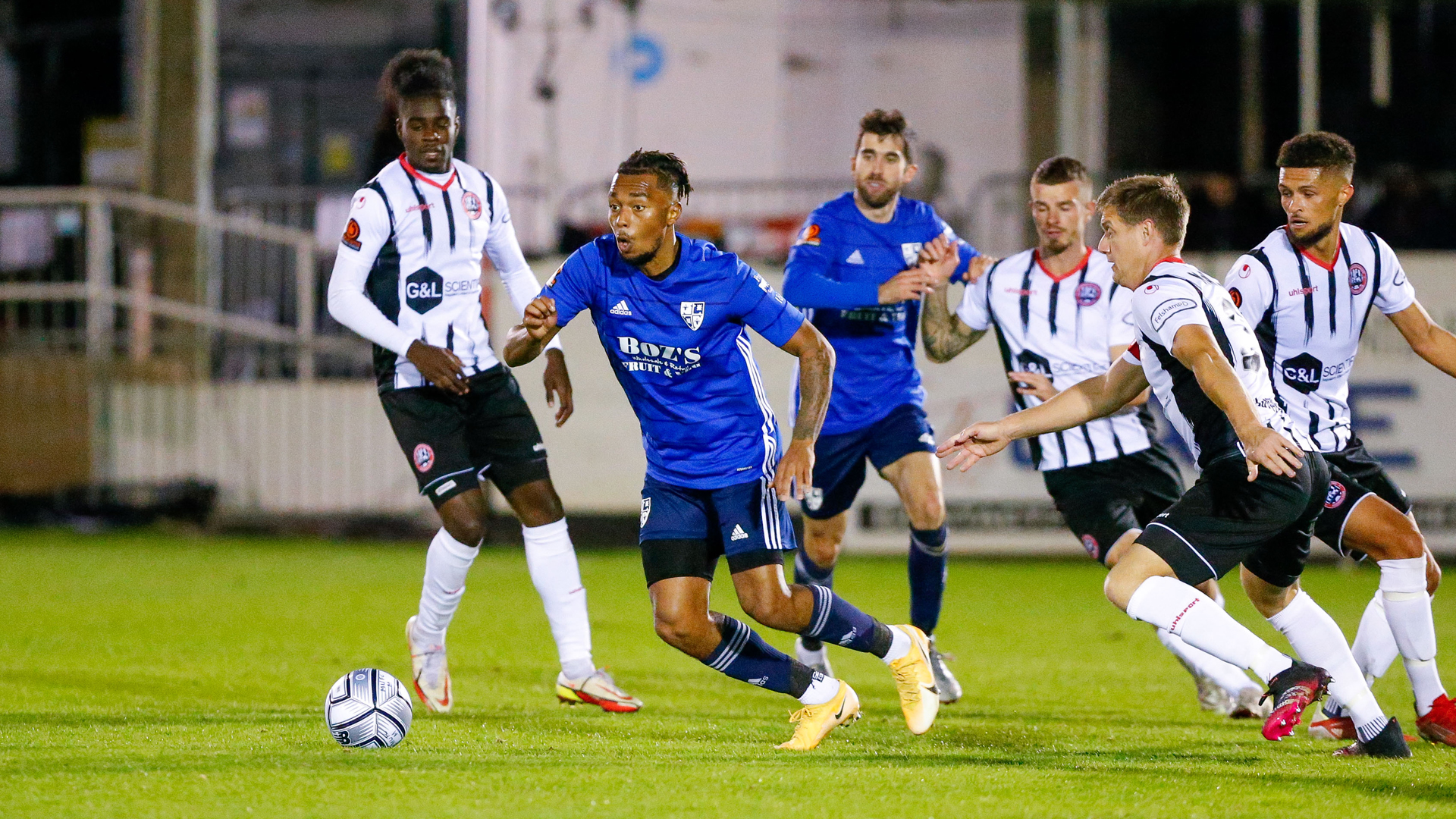 Momentum and fine margins are two things seemingly not on Woking’s side right now and Alan Dowson’s side will be looking to put things right when they travel to Yeovil Town this coming Tuesday evening in the National League.

After three memorable wins on the spin, the Cards have now lost three matches in a row, all by a one goal margin. In fact, Dowse and his team are yet to taste defeat by more than a single goal this season. However, the Woking boss will be concerned at seeing his team concede a third successive late winner, as well as lose another game 3-2 after leading for a large period of the match. Having now won five and lost five of their first ten league games, Woking will be hoping to find some much-needed consistency, and with just one game against a current top seven side between now and December, this could be just the time to do it.

The Cards will go into Tuesday’s game without defender Joe McNerney, following his red card in the 3-2 defeat at Maidenhead United on Saturday evening, and his enforced absence will mean a reshuffle at the back for a side who has named the same back six in all but two games so far this season. Josh Casey could move inside to the left centre-back position, with Tyreke Johnson playing at left wing-back, or alternatively, Dowse will switch to a back four with Tom Champion and Moussa Diarra forming a new partnership at centre back. That would potentially allow for another more attacking player like Johnson, Jamar Loza, or Tarryn Allarakhia.

Opposition Watch
Yeovil are in their third season back in the National League after a 16-year foray into the Football League which saw a further two promotions, before three relegations in six seasons, culminating in dropping back into the fifth tier in 2019. They finished fourth in their first, shortened campaign, losing a play-off semi-final to Barnet. Last season proved more challenging and ended in a 16th place finish.

Despite this, they have shown faith in manager Darren Sarll, who has managed the Glovers since their relegation from the Football League, winning 40 of his 102 games in charge. So far this season they sit 15th, with three wins, two draws, and five defeats from their first 10 games. They have badly missed the goals of Rhys Murphy, the club’s top scorer for the last two seasons, with just nine managed so far this term – only Dover Athletic and Murphy’s new club, Southend United, have less. Last time out they were beaten 2-0 at league leaders Grimsby Town. Their last league win came at Stockport County (3-0) in mid-September.

There are two former Woking players in the Yeovil squad, defender Josh Staunton and ex-loanee striker Joe Quigley, who has scored six of his side’s nine league goals. Notable summer arrivals included fellow forward Adi Yussuf, from Blackpool, who has enjoyed past success at this level with Solihull Moors and Wrexham, as well as midfielder Sonny Blu Lo-Everton, on loan from Watford, who impressed against the Cards for Wealdstone at the end of last season.

Tickets can be purchased online here. The cost is £15 for adults, £12 for concessions and students, £5 for under-16s and £3 for under-12s. Tickets can be bought on the day at the turnstiles, but prices are subject to a £3 increase.