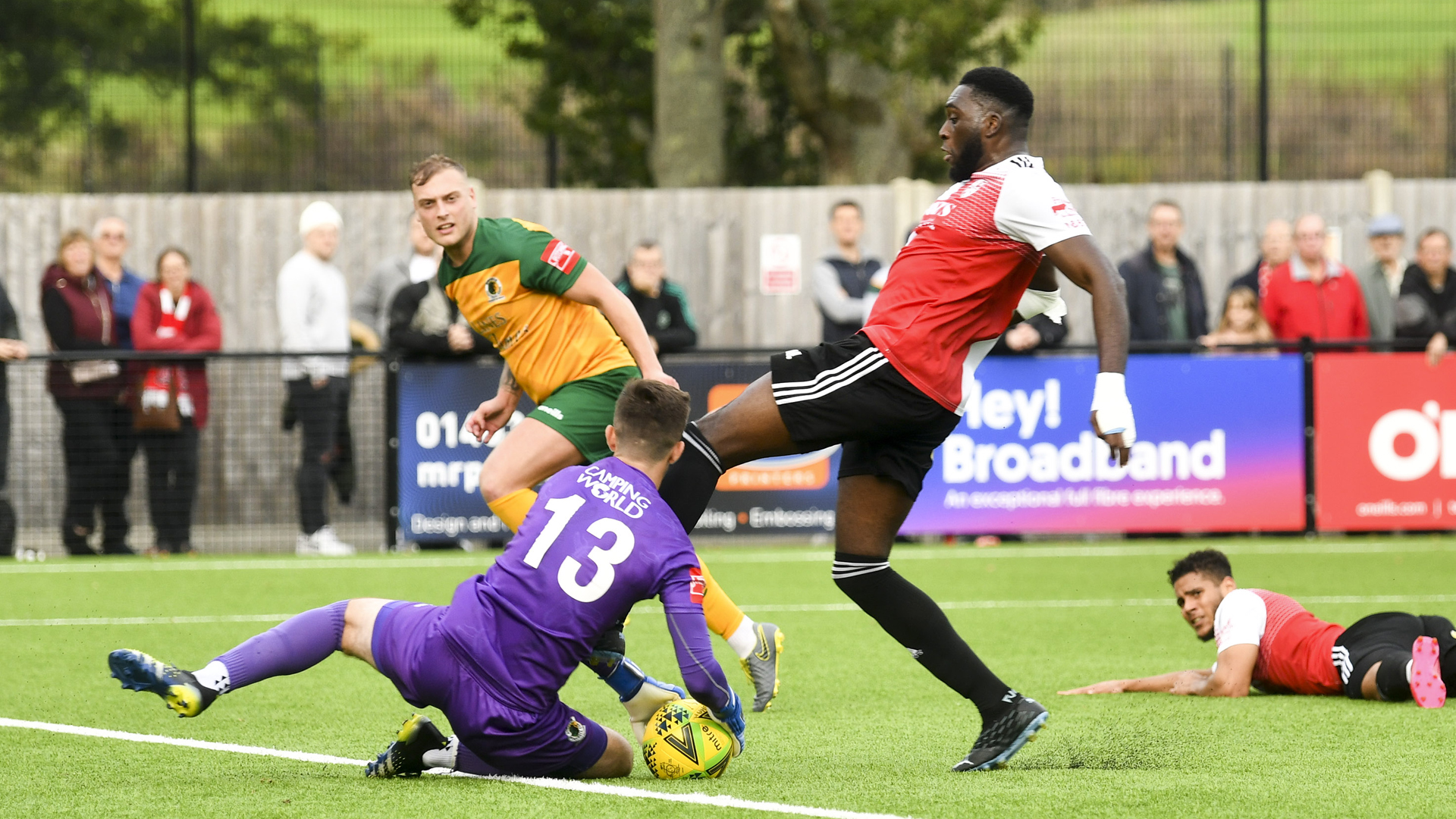 Woking will be aiming to recapture the form which saw them win three consecutive league games earlier this month when they travel to Maidenhead United on Saturday evening.

Just weeks after wins over Chesterfield, Notts County and Dagenham & Redbridge, the Cards are under pressure to produce a strong performance in front of the BT Sport cameras this weekend. Alan Dowson’s side have lost their last two games without scoring, both 1-0, first at the hands of league leaders Grimsby Town, and then in more disheartening circumstances against seventh-tier strugglers Horsham in the FA Cup. The Cards undoubtedly had the better of last weekend’s fourth qualifying round tie, but failed to take their chances, and were duly punished by Tom Kavanagh’s late free-kick.

After seeing his side net 17 goals in their first seven games, Dowse will be particularly keen to see his side find their scoring boots again, after three matches without a goal from open play. He will be boosted by the return to fitness of midfielder Max Kretzschmar, who had to be withdrawn against Dagenham, but came off the bench last weekend. However, Jordan Maguire-Drew is not due back until next month, and George Oakley remains out long-term. He could instead turn to either Tyreke Johnson or Jamar Loza, who have both had limited minutes so far this year.

Maidenhead are in their fifth season at National League level after promotion from the sixth tier in 2017. Last season, despite being many pundit’s tips for relegation, they finished in a hugely respectable 13th place with 56 points from 42 games – eight places higher than the previous season when they were only spared relegation by Bury’s expulsion from the Football League.

So far this year they are 18th with eight points from their first 10 games. They are winless in eight in the league after taking six points from their first two. So far this month they’ve lost at home to King’s Lynn Town (3-2), drawn away at Yeovil Town (0-0), and lost at Altrincham (2-0). They did win in their FA Cup qualifying match however, beating Hastings United 3-1 at home, and they’ll play FC Halifax Town in the first round proper.

The Magpies have been managed by the experienced Alan Devonshire since 2015. The former Braintree Town and Hampton & Richmond Borough boss has three former Woking players in his squad – Manny Parry, Shaun Donnellan, and Kane Ferdinand, who scored for the Cards when the two teams last met in April. They were also able to keep hold of star player Sam Barratt this summer. The wide midfielder scored 15 goals last season and has three already this campaign. Ferdinand also has three with the pair the club’s joint top scorers so far.

Tickets can be purchased online here. The cost is £18 for adults, £12 for concessions and students, and £6 for those under 16. Tickets can be bought on the day at the turnstiles for the same price.

If you can’t attend the game in person, you may instead wish to consider attending the viewing event taking place at the Laithwaite Community Stadium. Full details are available here.
Tags
Share Facebook Twitter Print