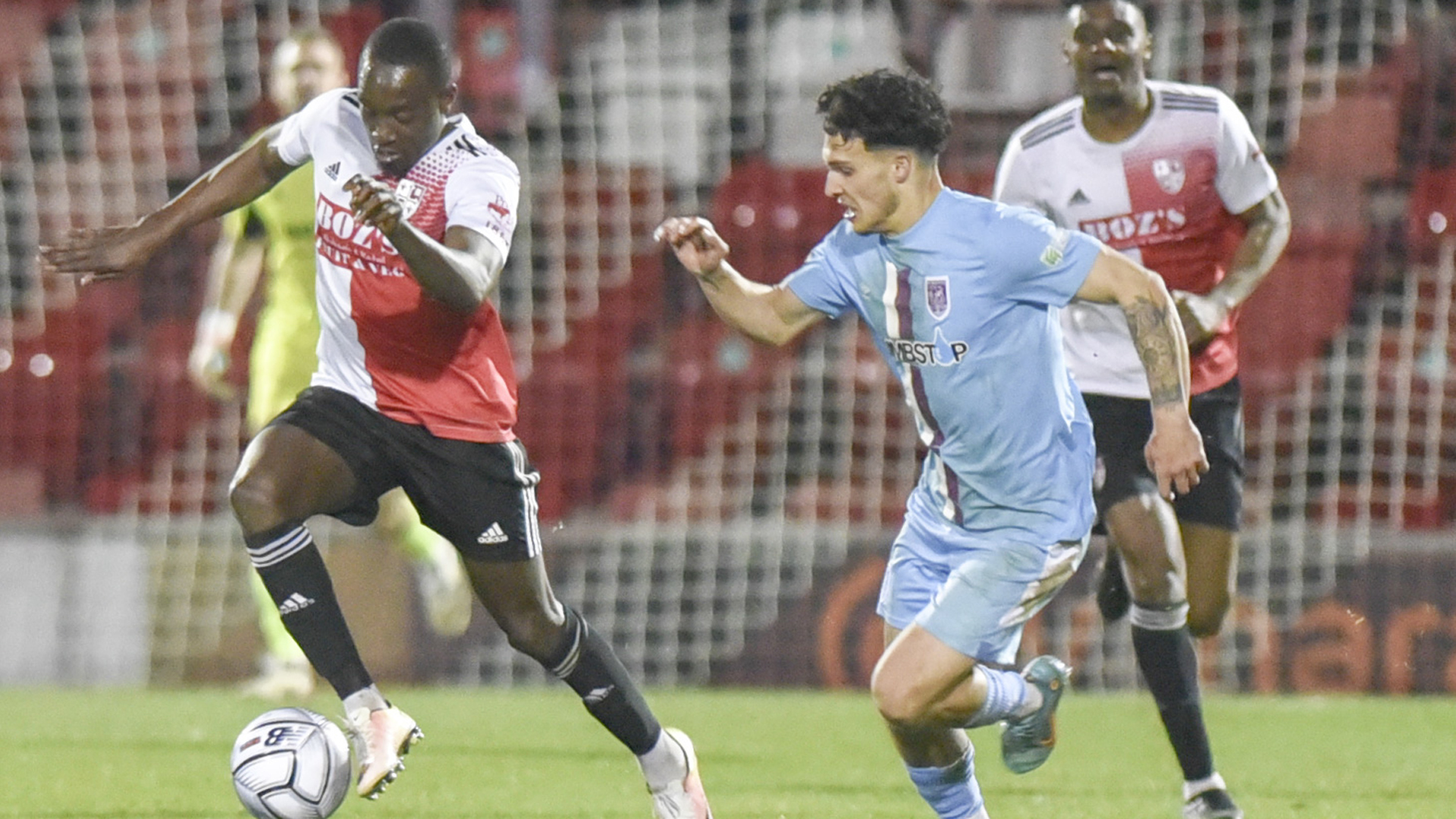 Woking will look to extend their winning run in the National League to four straight games when they host Solihull Moors at the Laithwaite Community Stadium this coming Saturday.

The Cards have made astonishing strides under caretaker manager Ian Dyer, taking 10 points from five games, including three straight wins, and conceding just one goal – over six hours of football ago. It’s Woking’s best league run since August 2019 when Alan Dowson’s side won six games in row – the fourth of which was a home win over Solihull Moors. Woking, who have won their last three home games against the Moors (losing the last three away), were comfortable winners on Tuesday evening when they beat relegation-threatened Weymouth 2-0. Tyreke Johnson opened the scoring with his first goal of the season before Max Kretzschmar netted his tenth of the year from the penalty spot.

Dyer faces one obvious selection dilemma on Saturday and that’s at right-back – David Longe-King’s red card, via two yellows, means he’ll sit out the game through suspension, whilst Kyran Lofthouse is still at least a week away from match fitness, and Louie Annesley is on international duty with Gibraltar. This would leave Joe McNerney as the only obvious choice, although it would leave the Cards without a recognised full-back, with the alternative likely to involve Josh Casey swapping flanks and Johnson dropping back into defence.

After underwhelming finishes of 9th and 11th over the last two seasons, the 2019 National League runners-up have enjoyed a much-improved campaign and look well-placed for a play-off spot come the end of the season. They are currently in fifth place, with 61 points from 33 matches, five points clear of eighth place with a game in hand – although some 15 points behind leaders Stockport County, who have also played a game more.

Their recent form is very good – they’ve won six and drawn four of their last 10 league matches, with only Stockport and Wrexham taking more points over the same period. Their last league defeat came away to Bromley in January, although they were beaten by the same opponents in the FA Trophy earlier this month, after giving up an early lead in a 3-1 loss. Most recently they have beaten Eastleigh 5-3 and Grimsby Town 2-1, although interestingly they haven’t kept a clean sheet in any of their last eight games in all competitions, with 35 goals happening over that period (19 for, 16 against).

Manager Neal Ardley, best known for his six years in charge of AFC Wimbledon and two-and-a-half years at Notts County, has been in charge since last summer, winning 21 of his 40 games. He has a talented squad which includes goalscoring midfielder Joe Sbarra, with 14 league goals to his name this season, and former Weymouth-loanee Andrew Dallas, who has scored 14 since the turn of the year alone (17 this season in total), including all five in a 5-0 win over Dover Athletic in late January.

This match will be segregated, with Solihull fans being allocated the Chris Lane Terrace and some seats in the Seymours Community LGS.
Tags
Share Facebook Twitter Print