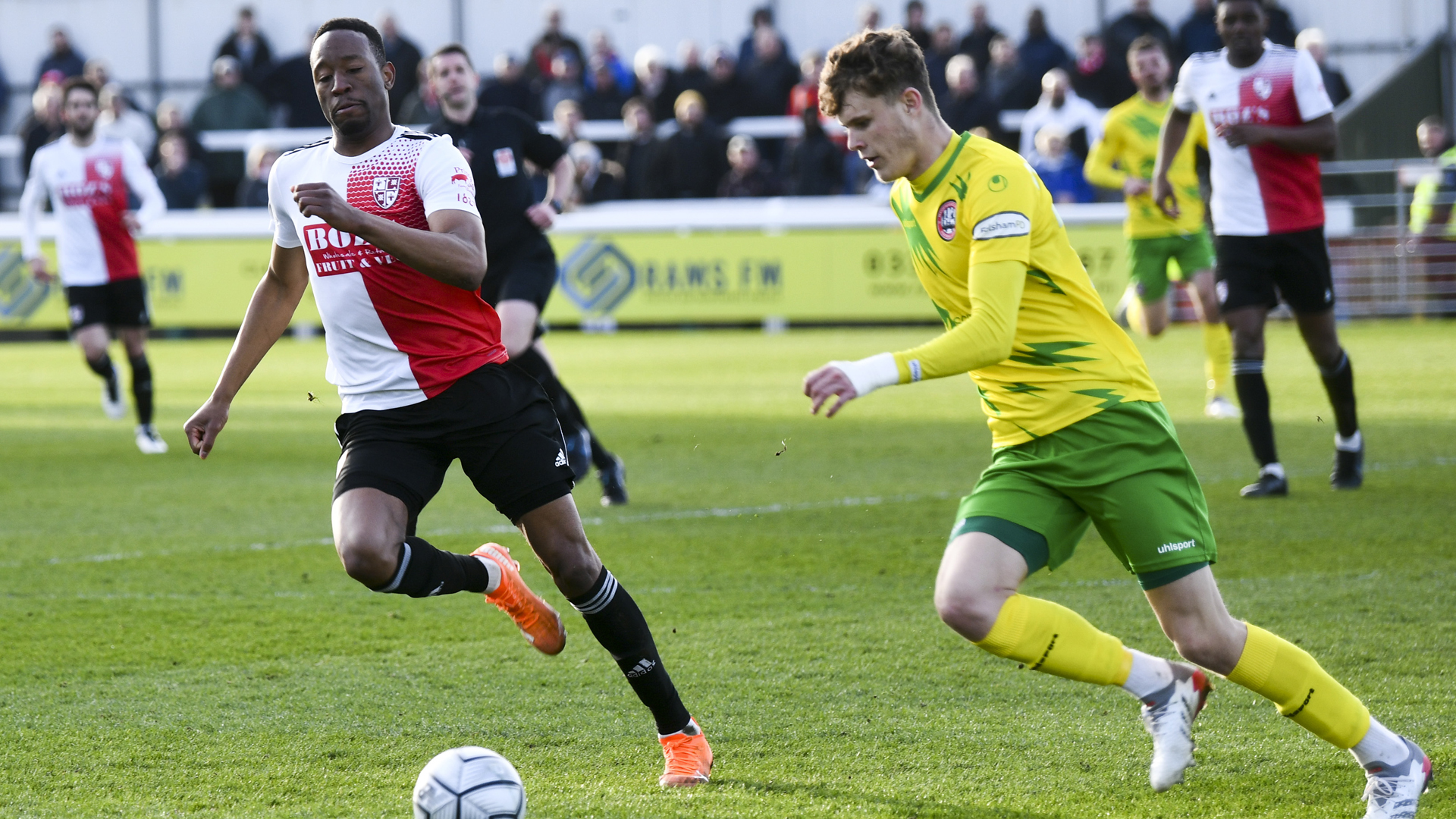 Woking will be looking to reach a first Surrey Senior Cup semi-final since 2017 when they make the short trip to Chertsey Town on Tuesday evening.

The Cards, who have lost their last two quarter-finals in this competition – against Banstead Athletic in 2019 and Dorking Wanderers in 2020 – but have reached a record 29 finals, are expected to field a strong team for the game. Caretaker manager Ian Dyer, who has taken four points from his three league games in charge, is looking to build on the momentum of Saturday’s 1-0 league win over Maidenhead United, which came courtesy of Nicke Kabamba’s stoppage time winner.

Dyer could, however, choose to give an opportunity to some of those on the fringes of his first-team squad, including recent signings Jack Roles and Olly Pendlebury, striker George Oakley as he continues his recovery from a long-term injury, as well as those who missed out on Saturday’s squad, such as Joe McNerney and Tarryn Allarakhia. Kyran Lofthouse and Jermaine Anderson are the only players currently sidelined through injury.

To reach this stage Woking defeated neighbours Westfield 3-0 in December, thanks to a brace from Inih Effiong and a goal from Louie Annesley, and beat Walton Casuals 2-0 last month, with the goals coming from Jack Skinner and Jamar Loza.

Chertsey play in the Isthmian League South Central Division, the eighth tier of English football, three divisions below the Cards – and play in the same league as Westfield, as well as the likes of Basingstoke Town and Staines Town. They currently sit in second place, with an impressive 61 points from 29 matches, including 18 wins and an unbeaten away record. They won 3-1 at Uxbridge on Saturday.

The Curfews’ progress over the last few years has only been delayed by the impact of the COVID-19 pandemic. In 2018/19 they won promotion from the Combined Counties League during a season in which they also lifted the FA Vase with an extra time win over Cray Valley at Wembley. After the last two seasons were curtailed early, the club are thriving in their first full season in the eighth tier, as they chase another promotion – although they are 18 points behind league leaders Bracknell Town.

The club are managed by former Woking favourite Ian Selley. The 47-year-old played for the Cards between 2003 and 2007, making over 100 appearances for the club after starting his career with Arsenal. He side have already enjoyed cup success this season, reaching the fourth-qualifying round of the FA Cup in October, where they were beaten by Southend United, with Selley joining the club less than a month later.