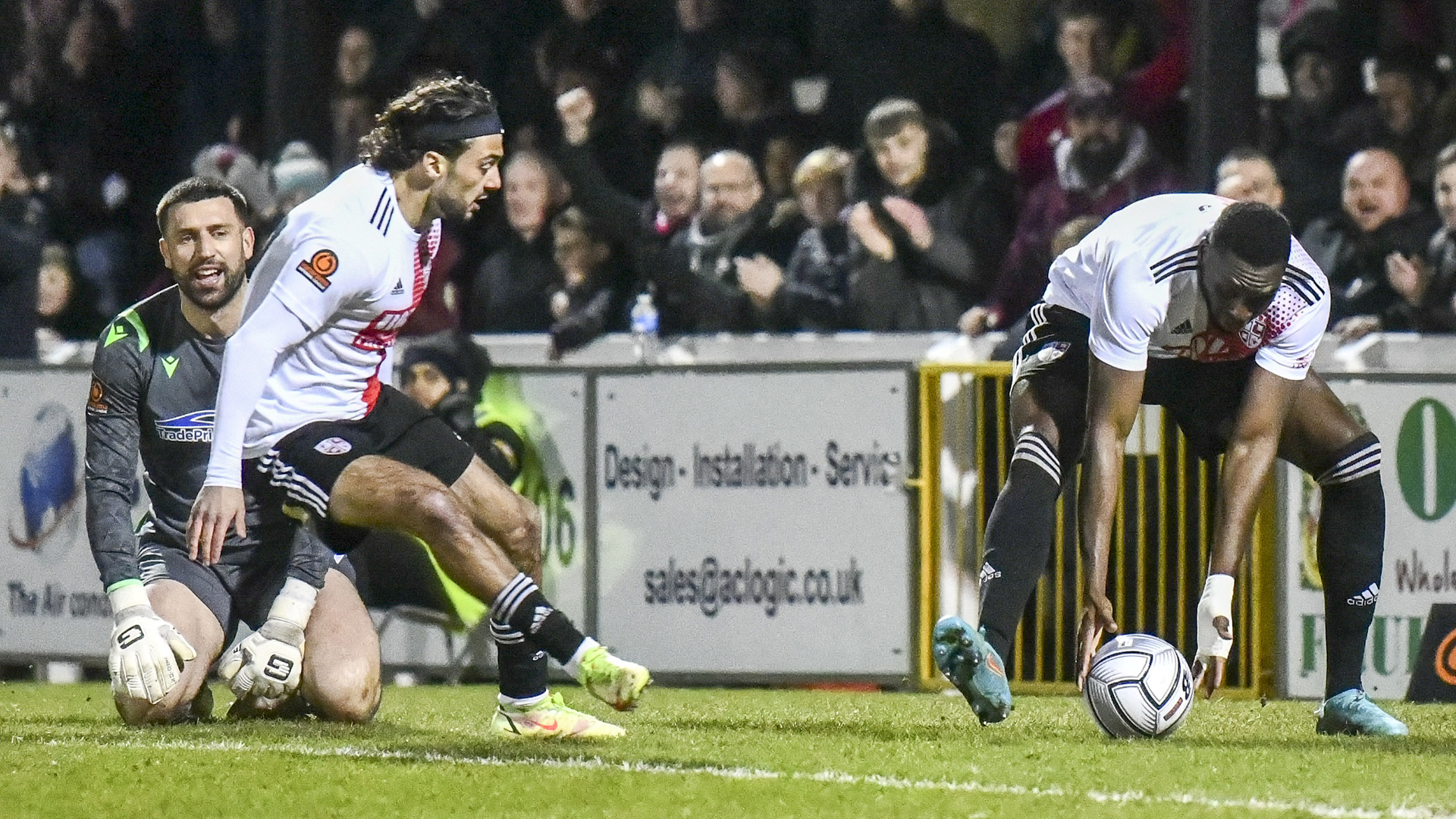 The Cards will be hoping to beat the weather before springing a surprise against league leaders Stockport County, as they make the trip to Edgeley Park on Saturday afternoon.

Following the postponement of Tuesday evening’s match at King’s Lynn Town, Woking have been left to dwell for a full seven days on another narrow home defeat, this time at the hands of in-form Southend United. Despite coming from two goals down, thanks to a second-half brace from striker Inih Effiong, it was the visitors who left with all three points and extended the Cards’ winless run in the National League to four matches. The result leaves Alan Dowson’s side 15th in the league table, 11 points clear of the bottom three, but with a game in hand on Weymouth, who beat Eastleigh in mid-week to move six points clear of King’s Lynn.

Dowse has promised to make changes after another poor defensive display against Southend. Amongst those in contention to come back into the side are goalkeeper Craig Ross and defenders Joe McNerney and Tom Champion – although on-loan Grimsby Town defender David Longe-King has missed the past two games through injury. The Cards could also hand a rare start to Tarryn Allarakhia, after the attacking midfielder impressed from the bench last time out, having come on at half-time. Striker George Oakley is also fit and could feature for the first time since September.

Stockport have been near unstoppable since former AFC Fylde and Hartlepool United manager Dave Challinor became head coach in early November, winning 12 of his 15 league games in charge, as well as reaching the second round of the FA Cup, knocking out League One side Bolton Wanderers on the way, and progressing to the last eight of the FA Trophy.

In fact, only Torquay United and Rotherham United have beaten the Hatters in the last three-and-a-half months, and the most recent of those losses came in mid-December. Since then, they’ve won 12 and drawn one in all competitions, with the only slip-up coming in a 2-2 draw with promotion-chasing Chesterfield earlier this month. Their last home defeat came against Barnet in October. Their hugely impressive form sees them three points clear of Chesterfield at the top of the league table.

County’s star-studded National League squad has only grown stronger since Challinor’s arrival, with the additions of Scunthorpe United winger Myles Hippolyte and Port Vale centre-back Ryan Johnson, part of Challinor’s Hartlepool team last season. Their top scorer is Paddy Madden, with 14 goals this season, including both his team’s goals in the reverse meeting back in November.

Stockport’s home ground is Edgeley Park. The postcode is WA15 8AP. You can find out more in our Away Guide – available here.

Ticket information can be found here. Terrace ticket prices are £18 for Adults, Students/Concessions £12, £5 for 6–17-year-olds while children 5 and under are FREE.
Tags
Share Facebook Twitter Print