Southend back to their Roots with three points 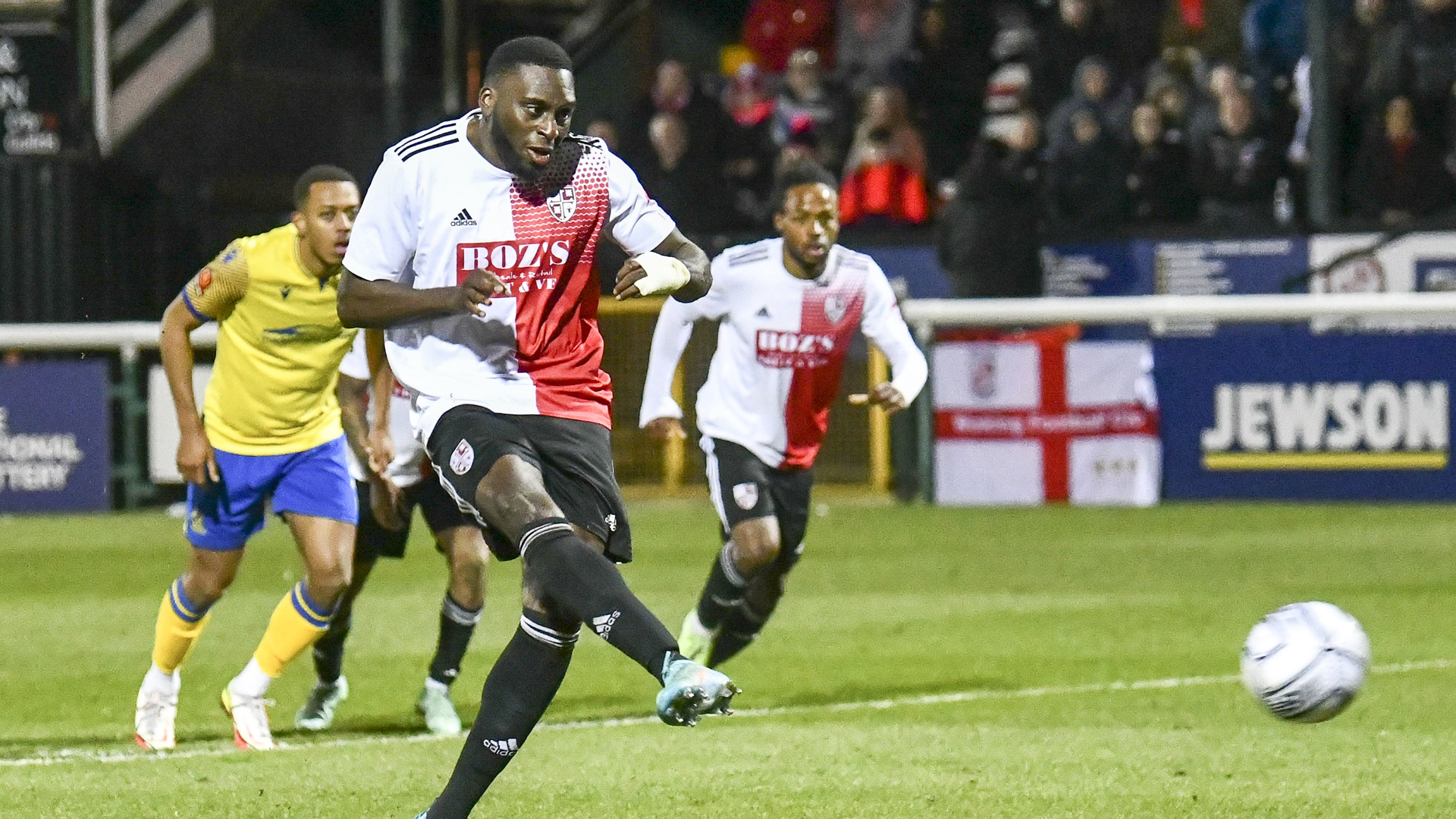 The last time these two sides met was something of a role reversal. An effervescent, gritty Woking left Roots Hall with all three points, keeping their hosts at arm’s length for the entire game.

Four months later, Woking welcomed a Southend United that was third in the form table over the last ten games, taking almost three times as many points as Woking in that time. Despite using two very similar systems – a back five with a left back as a centre-half, protected by two box-to-box midfielders, with wingbacks looking to play into the front three – the Shrimpers were able to repay Woking’s away victory with one of their own, with a quick-fire double in the first half laying the groundwork despite a Woking resurgence.

The opening period certainly gave Woking a clue that they were in a battle. A first-minute free kick flashed through the Woking box by Tom Clifford, and a Harry Cardwell header that left Smith rooted to the spot as it bounced past the post, were early warning signs.

But those signs weren’t heeded, or at least not dealt with, and then came the one-two punch. First, a vicious shot from Callum Powell left Smith unsure whether to stick or twist, and his palmed save saw the ball roll to Demetriou for an academic tap-in to open the scoring, with the Woking defence scrambling to respond.

Mere minutes later, Powell would claim one for himself. A ball into the Woking box was not dealt with, and a sequence of blocked shots would see the ball spill for Powell on the left-hand side of the area. His vicious low drive found the square foot of space at the base of Smith’s near-hand post, and the net bulged for the second time in five minutes.

While there would be no more goals in the first half, the tone was pretty firmly set. Southend, for their part, were superb: a high line claimed more than one cheap offside from the home side, with Nathan Ralph happy to bomb forward down the Shrimper’s left and dovetail with the exceptional Powell. Cardwell and Sam Dalby, as two of the front three, spearheaded an aggressive press that allowed four or five Southend players to get into the Woking box on every attack, and refused to let the Cards’ settle.

Woking would grind out a chance or two before the half-time whistle, but in all honesty, there’s little of note to record. Louis Annesley should perhaps have done better at the far post with a tame drive straight at Arnold, while a volley from Kabamba just before half time arced with both pace and power down the right-hand tunnel of the Leslie Gosden Stand.

…so it was with surprise and gratitude that the Kingfield Road End welcomed a goal for the home side within a few minutes of the restart!

The second half saw two changes, with Tarryn Allarakhia and Anderson introduced for the struggling Nwabuokei and Jack Roles, and both were involved in the midfield build-up that found Nicke Kabamba in the penalty area. The striker was bundled over protecting the ball, which rolled to Effiong to fire a deflected shot over Arnold and halve the deficit.

The substitutes and the goal seemed to entirely re-energise the home side. Easy five-yard passes rolling out for throw-ins, or picked off for interceptions, were suddenly replaced with a fizzing tempo of play that Southend were not able to press in a meaningful way. Kabamba’s header past the post just a few minutes after the goal – a carbon copy of Cardwell’s near-miss in the first half – ratched up the momentum further still.

And then, just before the hour, it was level. A brilliant kick from Smith released Effiong down the left wing, and the forward won his battle with Hobson to turn in a low cross towards Allarakhia, who was chopped down by Hobson to win a penalty. Effiong immediately grabbed the ball to take responsibility, and dispatched his effort straight down the middle to level things up.

The Cards’ best spell of the game threatened a third without a genuinely clear-cut chance. Two dangerous corners would lead to Effiong’s hooked effort looping just over Arnold’s bar, while Ralph had to take a sensible but cynical booking to stop Lofthouse bursting into an exposed penalty area from the right wing. Southend would gradually stymie the Woking onslaught though, partially helped with the departure of Callum Powell for Harrison Neal.

And then, with their first real chance of the half – as has so, so often been the case this season – Southend lead again. Woking were caught with too many bodies forward on the counter, and the visitors were able to work the ball behind a retreating Lofthouse to cross from the left. Cardwell and Johnson challenging for a header was always going be a mismatch, and the former bulleted his header into the ground and past the despairing Smith.

Woking would up the ante again with their final change, replacing Kabamba with Jamar Loza, but in truth another clear-cut chance was hard to come by for the home side. Not so for the visitors, who were able to sit deeper and counter through the superb Cardwell – who, with five minutes to go, set up Noor Husin to strike the post with Smith beaten.

The final whistle followed shortly after, and the result encapsulated much of the frustration with Woking’s form and performances at present. The side clearly boasts talent, especially in terms of scoring goals, but too often it is culpable of undoing its own good work – or piling up a mountain it then has to climb.

The Cards have won three games since defeating Southend in October: Weymouth, Wealdstone, and Dover. With playoffs now a vanishing pipe dream, some semblance of consistency is required to pursue the top-half finish targeted at the beginning of the campaign.

Man of the Match: Inih Effiong. The striker was the focal point for everything that Woking did well when playing as a coherent force, scoring both goals and proving a constant issue for the Southend centre-halves, despite a first-half knock that drew enough blood to demand a change of shirt.


Thank you to our Match Sponsor Jewson and our Match Ball Sponsor Tyson Carpentry & Joinery Ltd.