Cards go down to frustrating defeat at home to Yeovil Town 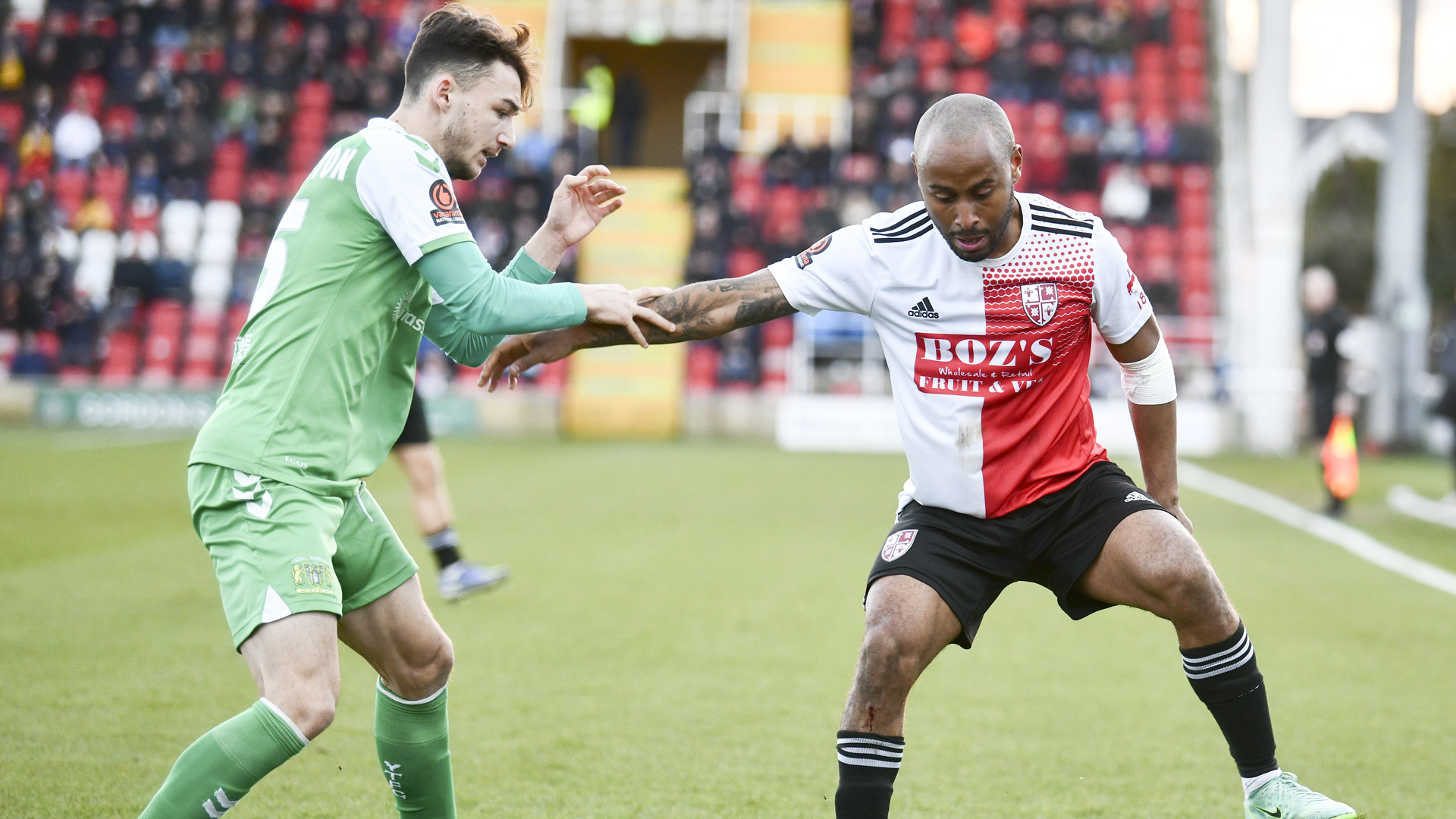 Woking slipped to their 14th defeat in 25 league games at the Laithwaite Community Stadium on Saturday afternoon, losing 1-0 to fellow mid-table side Yeovil Town, who held on for the three points despite being reduced to 10-men for the final half an hour.

Dowse made five changes to the side that started in the 1-0 defeat away to Bromley on Tuesday night, with Joe McNerney coming into the side for the suspended Louie Annesley, Solomon Nwabuokei replacing Tarryn Allarakhia, who dropped to the bench and Jamar Loza came in for Nicke Kabamba, who was named among the substitutes. Jermaine Anderson also started in central midfield in place of Max Kretzschmar who was out with injury, while Josh Casey returned to the bench.

The Cards started the better, creating a great chance in the 4th minute after a corner came out to Anderson, he floated in an inch-perfect cross to McNerney who met the cross unmarked from 10 yards out but fired over the bar.

The Glovers had their first real attack of the game in the 8th minute when Matt Worthington pounced on a loose ball and found Sonny Blu Lo-Everton, but the midfielder who is on-loan from Watford, had his effort superbly blocked by McNerney just inside the box.

Despite looking comfortable, Woking were then 1-0 down in the 15th minute when McNerney misjudged a through ball and Wakefield scampered on to it and calmly slotted a low finish into the right corner of the net, giving Smith no chance.

It was nearly two just five minutes later when Jordan Barnett let fly with a left footed drive from distance that was well saved by Smith low to his left post. The away side were well on top now and Tom Knowles then hit a shot over from the edge of the penalty area.

Woking tried to muscle their way into the game with a few crosses and through balls, but nothing was coming off and they missed some creativity and spark in central midfield without Kretzschmar to unlock the well-drilled Yeovil defence.

Anderson was the brightest in the middle of the park but Woking generally had a lack of ideas going forward in the first half an hour. McNerney then received a yellow card in the 38th minute after a late challenge on the dangerous Wakefield.

The Cards finally had a half chance in the 40th minute, the first for a while, when a Johnson free kick on the left fell to Ince in the box, but he lifted his effort over the top without testing the visitors’ goalkeeper. Anderson then made a break but failed to find anyone in the box and the chance went begging.

McNerney then won a free kick on the edge of the box at the end of the first half but Effiong’s tame effort over the bar summed up the first half for the Cards, who had not tested or forced a save from the visitors’ keeper Grant Smith in the first half.

Dowse made a double change at half-time as he looked for improvement and to get an equaliser, sending on Casey and Allarakhia, in place of McNerney and Nwabuokei, but maintaining the 3-5-2 formation.

Allarakhia immediately got in the action in the 48th minute when he won a free-kick on the right-hand side after some energetic play. Johnson whipped in the resulting free-kick parallel to the penalty area that went just over the bar before Barnett then hit a left footed effort over the bar at the other end for Yeovil.

The Cards had their best effort of the game in the 60th minute as they finally hit the target. A long ball forward from Ince found Loza who used his pace to get at the centre back and he managed to get a shot away that deflected of a defender into the arms of a relieved Smith in the Yeovil goal.

Dowse made one final change as he went to four at the back, bringing off Johnson for Kabamba who went up front alongside Effiong. Loza was released to the left-hand side, where he has always played his best and most threatening football for Woking.

The momentum of the game seemed to change in Woking’s favour in the 62nd minute, when Yeovil were reduced to 10 men when Little was shown his second yellow card after a late challenge on Effiong. The sending off gave the Cards more space and soon after Effiong missed a chance after he hit the side-netting from a good ball in.

Woking were well on top with all the possession and making good use of the extra man with Allarakhia particularly busy with Yeovil camped in their half, playing for the odd counter-attack.

However, the Cards were still struggling to find the quality needed and the right ball in the final third, but the home fans could sense an equaliser might be coming.

Loza, who had been much more involved since being switched to the left utilising his direct running and pace, then had an effort narrowly deflected past the right post after some good work. A minute later it seemed Longe-King would make it 1-1 when he rose at the back-post, but he failed to find the target and headed wide.

Lofthouse then drove down the right and crossed but Effiong failed to find the target with a header and before Loza attacked the right back but his low cross was scrambled away. The Cards were pushing hard but just couldn’t create the clear chance they were searching for.

Casey had positively impacted the game since coming on, using the ball well from the back and driving forward. He then whipped a dangerous ball in from the left but there was no one on the end of it before Lofthouse drove into the box but his left foot shot was deflected wide.

The Cards still had not truly tested the visitor’s keeper despite a lot of pressure and failed to create any real clear-cut chances despite plenty of effort.

Casey drove forward again finding Effiong in the box, who played in Allarakhia, but the shot-shy midfielder took too many touches and played it inside to Effiong, who was crowded out in the box before the ball came back to Lofthouse who struck an effort over the bar.

Another Loza run on the left ended with Anderson getting a low shot in at the near post which was well saved by Smith down low to his left. Effiong then sliced over after a ball in, as the Cards pressed hard late into injury time for a point.

All in all, it was a frustrating afternoon for the Cards who huffed and puffed and had plenty of possession, but lacked the quality in midfield and composure in the final third. Woking will be disappointed to have created so little and not at least taken a point, especially as Yeovil played the last half an hour with 10 men.

The Cards now sit 13th in the National League and are in need of three points in their next National League fixture after two straight defeats. Next up is a long trek to the northwest to play Altrincham on Saturday.

Sponsor’s Man of the Match: Rohan Ince – industrious play in the centre of the pitch and he covered a lot of ground at both ends of the pitch