All or nothing Cards looking for another win 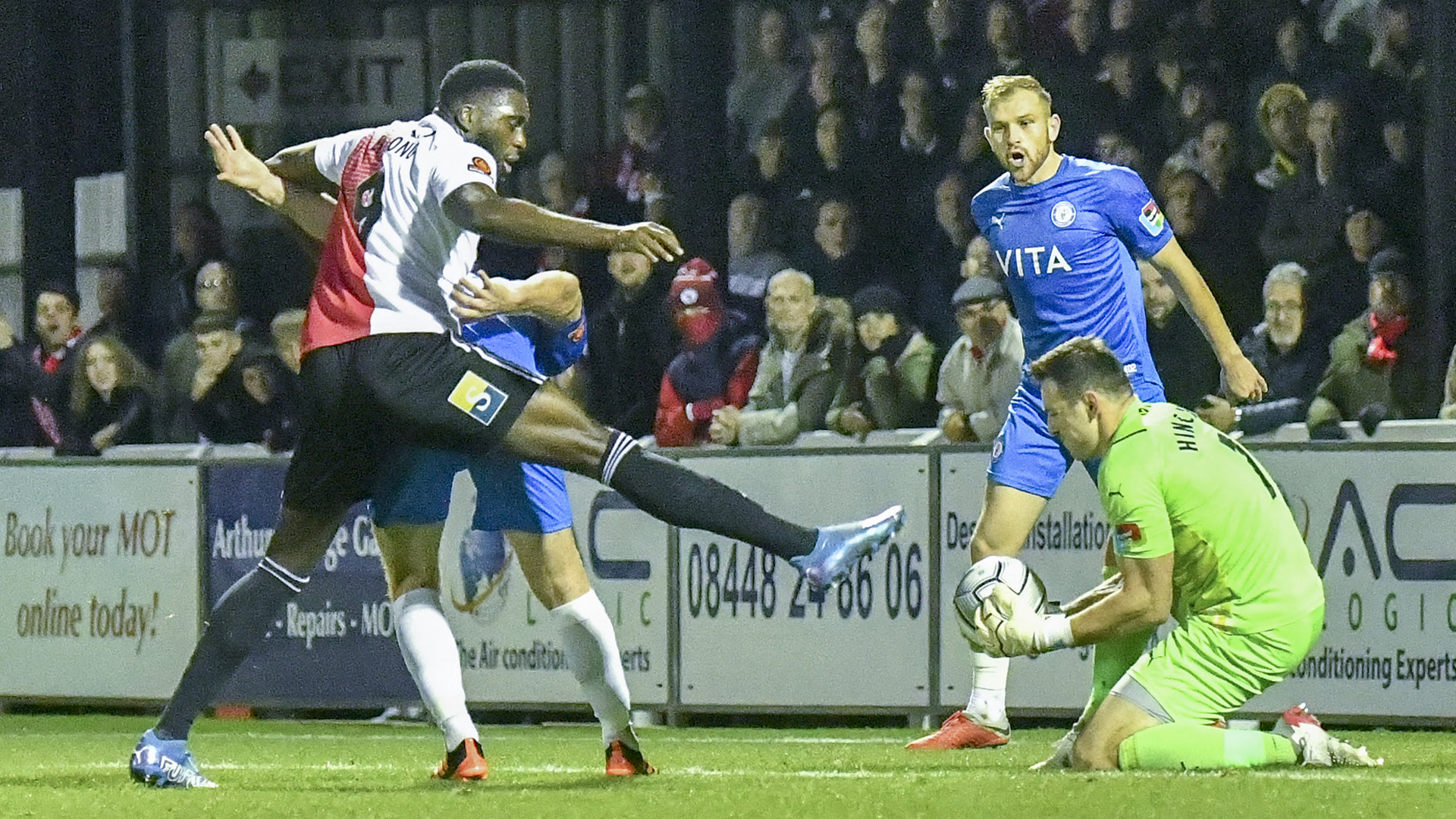 The Cards will look to get back to winning ways when they make the trip to Weymouth on Tuesday evening for National League action.

Woking have enjoyed a remarkable start to the season – a record of seven wins and eight defeats from 15 games makes the Cards the only team in England’s top seven divisions yet to record a draw inside 90 minutes this season and Alan Dowson’s side will be aiming to restore parity in their will-loss record at the Terras expense. Saturday’s game at home to Stockport County incapsulated the Cards’ inconsistencies this season, with a poor first-half display seeing the hosts go into the break with a two-goal deficit, before a much-improved second-half effort and yet another goal from top scorer Tahvon Campbell came close to inspiring a first draw of the season.

As always, it will be interesting to see how Dowse approaches the Weymouth game, having initially named an unchanged side against County, only to reap the rewards of introducing Louie Annesley and Inih Effiong at half-time. Jordan Maguire-Drew also gave the boss food for thought with an impressive late cameo, although Max Kretzschmar’s continued good form in the attacking midfield role has made him one of the first names on the teamsheet, and consigned Maguire-Drew to the bench since his return from injury late last month.

Weymouth are enjoying their second season back at National League level after successive promotions in 2019 and 2020. Despite being many pundits’ tip for relegation last season, they steered themselves well clear of trouble, even before it was confirmed that there would be no movement between the fifth and sixth tiers because of the pandemic. They finished the year in 18th place, with 39 points from 42 games, six points better off than the Cards.

This season, they find themselves in the same position in the league after 16 games but remain a healthy five points clear of the bottom three. They have lost their last two games at Chesterfield and at home to Altrincham, conceding four goals in each, but had previously gone five games without defeat in 90 minutes in all competitions, including consecutive draws with Yeovil Town in the FA Cup which ended in defeat via penalties. However, their only wins since the start of September have come against teams currently in the bottom three: Aldershot Town and King’s Lynn Town.

There are a couple of relatively well-known names in manager Brian Stock’s squad, including striker Brandon Goodship, who is back at the club after two years with Southend United, having scored 77 goals in all competitions during his first two-year spell with the club; goalkeeper Ross Fitzsimons has Football League experience with Notts County, and veteran winger Sean Shields spent six years with Ebbsfleet United at either National or National South level.

Weymouth’s home ground is the Bob Lucas Stadium. The postcode is DT4 9XJ.

For full ticket information please visit the following article on our website.