Cards aiming for return to form against Southend 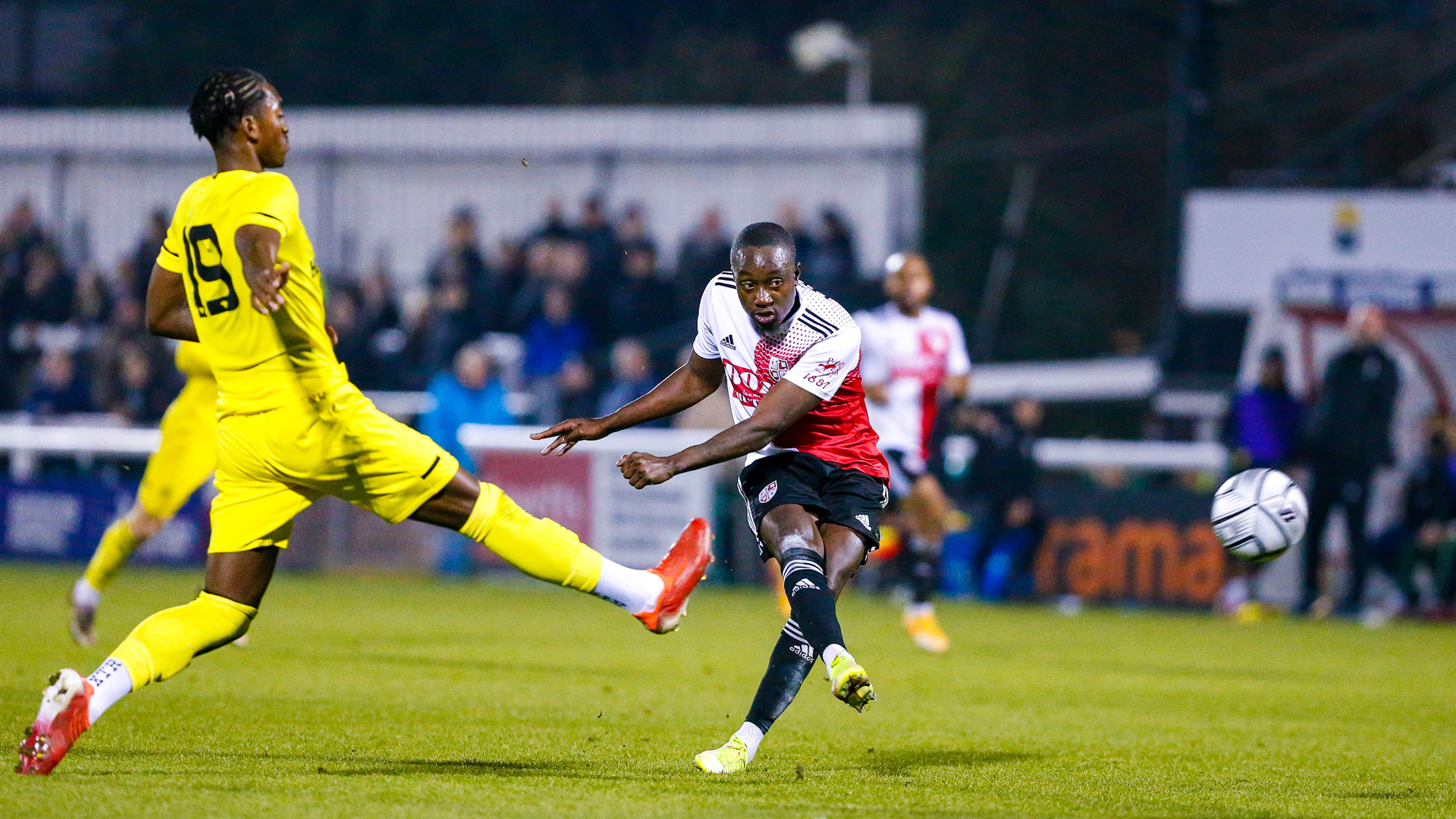 Woking make their long-awaited return to action after a near two-week break on Saturday, when they make the trip to face Southend United in the National League.

The Cards were forced to sit out last weekend whilst most teams from the fifth tier were in first round FA Cup action. However, manager Alan Dowson will hope the enforced break will have done his side some good, a chance to refresh after a run of five defeats in the last six games in all competitions. He’ll have also been boosted by a positive performance from a Woking team containing a mix of fringe and youth players, as well as those returning from injury and suspension, who comfortably beat a Brentford B side 3-1 last Friday – Jamar Loza scoring twice for the Cards.

Loza will hope his Bonfire Night brace might propel him into contention for a first league start of the season, in what looks set to be a competitive fight for the forward places, with Jordan Maguire-Drew also coming through the Brentford game unscathed as he continues his return to full fitness. Dowse will have Joe McNerney available again following his three-match suspension, although fellow defender Louie Annesley is unavailable, as he’s on international duty with Gibraltar. It remains to be seen whether Dowse sticks with his preferred 5-3-2 formation, or whether the likes of Maguire-Drew or Loza might tempt him to revert to either 4-3-3 or 4-2-3-1.

Southend have endured a miserable couple of years. A Championship club in 2007, they also finished 7th in League One as recently as 2017, but an alarming slide culminating in successive relegations has seen them land in non-league for the first time in over 100 years. Anyone at the club expecting a quick return to the fourth tier have been in for a nasty reality check with the Shrimpers once again finding themselves battling at the wrong end of the table.

They currently sit in 20th place, with 11 points from 13 games, losing eight. Manager Phil Brown was sacked in October, amidst supporter protests against the running of the club. The team’s new man in charge is Kevin Maher, a hugely popular figure at the club as a player between 1998-2008 when he made close to 400 league appearances, and he has somewhat steadied the ship – picking up wins against Dover Athletic and Chertsey Town in the FA Cup, but there have also been further defeats at Dagenham, Boreham Wood and Chesterfield.

There are several familiar names in the Southend squad – full-back Nathan Ralph, who played for the Cards between 2016-2018, and joined the Shrimpers a year later via Dundee; striker Sam Dalby had a challenging loan spell with Woking last season, but has been a regular for Southend, scoring three times this season, second only to top scorer Rhys Murphy (6), who the Cards will be familiar with from his time at Chelmsford City and Yeovil Town.

Southend’s home ground is Roots Hall. The postcode is SS2 6HN. For full ticket information please visit the following article on our website.