Woking produced a dazzling fightback to beat Chesterfield thanks to a brace from Tahvon Campbell and a late strike by Inih Effiong in the Vanarama National League.

After Saidou Khan put the Spireites ahead with a stunning looping shot from inside his own half early in the first half, Woking rallied through Campbell’s first midway through the second period when he sprinted through the Chesterfield defence and dispatched an effort past goalkeeper Scott Loach.

Despite tricky conditions caused by heavy rain that fell throughout the match at Kingfield, Campbell got his second of the game and sixth goal of the season three minutes from time, turning and shooting low past Loach after smart play on the wing by Kyran Lofthouse. Effiong made the game and the points safe for the Cards with a late third goal, slotting home from close range.

The win, which also ended Chesterfield’s unbeaten start to the season, lifts Woking up to 12th in the league with games in hand on the majority of the teams above them in the league.

Alan Dowson made three changes to the starting line-up which fell to defeat at Eastleigh at the weekend, with Moussa Diarra back to full fitness in defence, meaning Tyreke Johnson dropped to the bench, while both Max Kretzschmar and George Oakley freshened up the attack in place of Effiong and Jordan Maguire-Drew.

Pouring rain greeted the players at kick-off having stayed away during the build-up, providing a slick surface for the teams to adjust to which resulted in some sloppy play in the opening stages.

With conditions hampering play from both sides, a freak goal opened the scoring for the visitors in the 13th minute, when Khan took aim from inside his own half, possibly spotting Craig Ross off his line, to power the ball sail over the Cards’ goalkeeper and despite getting a hand to it Ross could only palm it into the net.

Woking kept their composure to fend off Chesterfield’s attacking threat and manufactured their first chance of the game through a quick passing move which saw Campbell’s cross headed just over the crossbar by Oakley.

The Cards kept up the pressure and came close to an equaliser on the 26th minute from a Josh Casey corner, with Diarra’s header cleared off the line and the resulting goalmouth scramble seeing a foul given against Woking before the ball was poked into the net.

After a Kretzschmar shot hit the side netting, Woking continued to probe the backline through smart link-ups between Oakley and Campbell. A well-positioned free kick 25 yards out saw Kretzschmar test Chesterfield goalkeeper Loach, but the ex-Barnet man pushed it away from danger.

With lightning sparking up Kingfield shortly before the interval, a thunderous shot by Tom Champion from 20 yards stung the hands of Loach, and the following corner saw Joe McNerney go inches away from a timely equaliser, hitting the crossbar with a header from close range.

The home side started the second half aggressively with the impetus of searching for the equaliser they came so close to in the first period.

Woking’s attacking efforts were rewarded 20 minutes into the second half through Campbell, who latched on to a ball over the top of the Chesterfield defence and outpaced ex-Hereford defender Jamie Grimes to blast an effort past Loach. 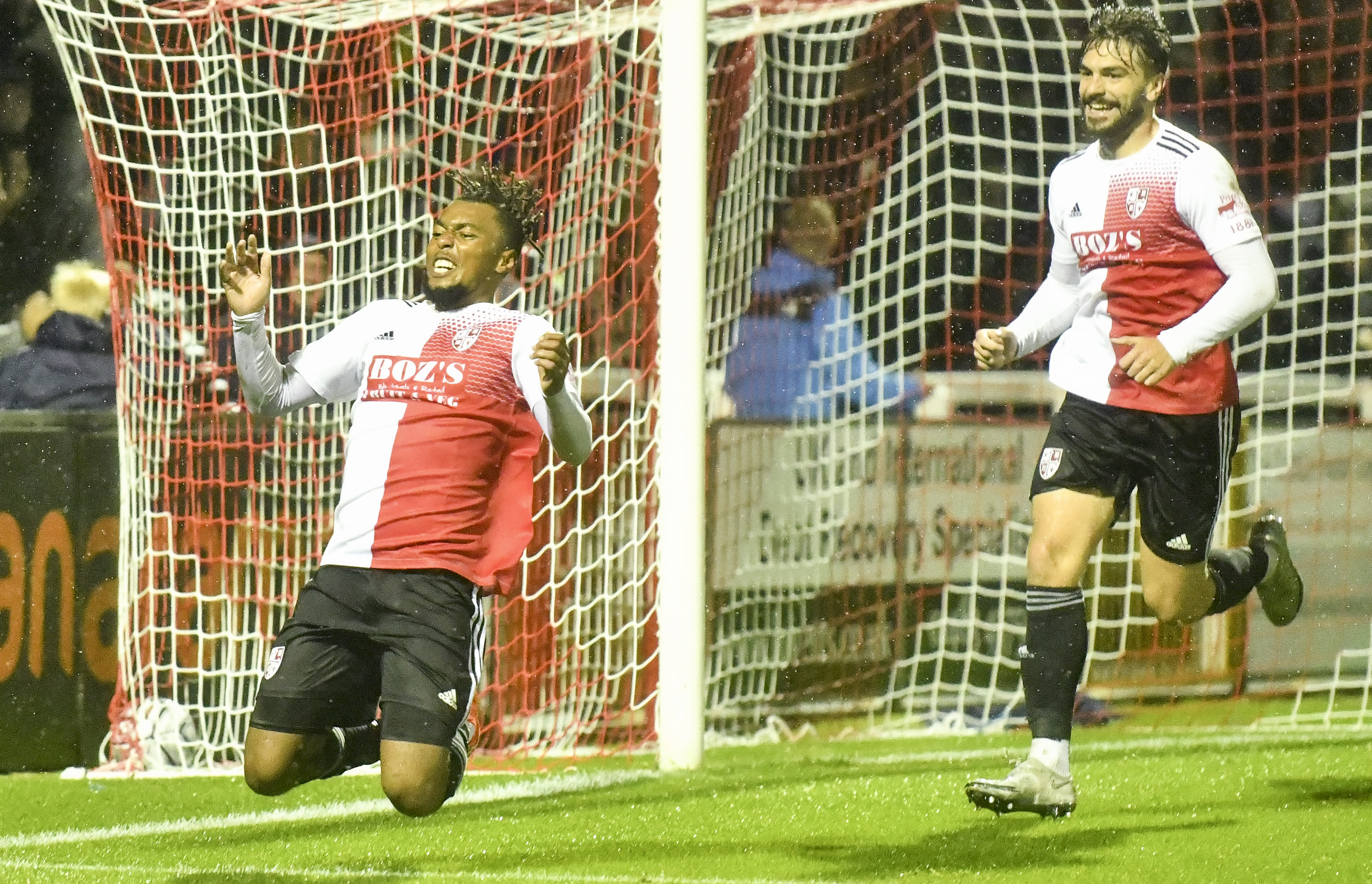 The goal was followed by a spiky period with numerous bad challenges made by the visitors which went largely unchecked by referee Ryan Atkin, including fouls on Oakley and Kretzschmar, with the former going off injured after foul by Grimes. That triggered an off the ball incident between multiple players from both sides which left McNerney on the turf holding his head.

Woking showed their mettle against a team who at the start of the night had the chance to go top of the league, with Campbell having a glorious chance to give the Cards the lead with five minutes to go with a free header from 10 yards out which went wide.

The Woking forward made amends just two minute later with a well-taken effort after superb wing play by Lofthouse who cut inside to find Campbell who swivelled and fired home from close range to send Kingfield into wild celebrations.

Woking made the game safe in the 90th minute as substitute Effiong netted his first of the season. Solomon Nwabuokei robbed Chesterfield replacement George Carline on the halfway line as the visitors gambled to find an equaliser. The midfielder sprinted clear to find Campbell, who was on a hat-trick, and cynically taken down by Gavin Gunning only for the ball to fall kindly to Effiong who powered his shot past a floored Loach.

The Cards comfortably saw out the final few minutes to secure a stunning second half turnaround and hand Chesterfield their first defeat of the season.

Having bounced back from a disappointing defeat last Saturday, pulling off their own turnaround, Woking can take added confidence into a tough away trip to Notts County this weekend before back-to-back home fixtures against highflyers Dagenham and Redbridge and Grimsby Town.

Man of the Match: Tahvon Campbell – a superb brace to lead the Woking turnaround.

You can check out Great Annual Savings here

To You Loos become sponsors