The Cards rounded off a positive pre-season with a comfortable 4-0 win over neighbours Westfield, who play in the Isthmian League, South Central Division, as their class in the final third showed. They should go into their first game of the season in a confident mood after some strong performances.

Dowse made a number of changes having only played two days before against Hampton & Richmond, freshening up the team with the start of the National League only five days away. He also started three trialists in the team, who all made an impact, while Westfield included young Woking centre forward Sam Evans up front.

The early exchanges saw the Cards boss most of the possession without creating any clear-cut chances, with Jack Skinner and Leo Hamblin particularly bright in centre midfield and at left back respectively.

The trialist playing out wide on the left wing brought fans to their feet early on when he produced a delightful nutmeg on his marker before being well tackled in the box.

Despite all Woking’s possession, Westfield had the two best opportunities. First, Evans missed a great chance in the 15th minute when he smashed it high over the bar from 15 yards out after the ball was cut back to him from the right. Evans then created a chance for Ladipo who hit a left-footed effort over the top.

Class told though and the Cards made the breakthrough in the 19th minute which changed the game, as the trialist on the left side of attack played in another trialist (sporting very green boots), who had a made a surge into the box, before he finished into the corner with his left foot giving the keeper no chance.

The game was then over as a contest when Woking stepped up a gear and showed their extra quality in the 27th minute. A cross was cleared and dropped to Skinner on the edge of the box who lashed in a worldly left-foot volley into the right corner, which had the crowd on their feet.

Then, three minutes later George Oakley finished with aplomb into the right corner from 10 yards out after being found by a ball in from the left. Clinical finishing from the Cards, although Westfield were a touch unlucky to be three down. 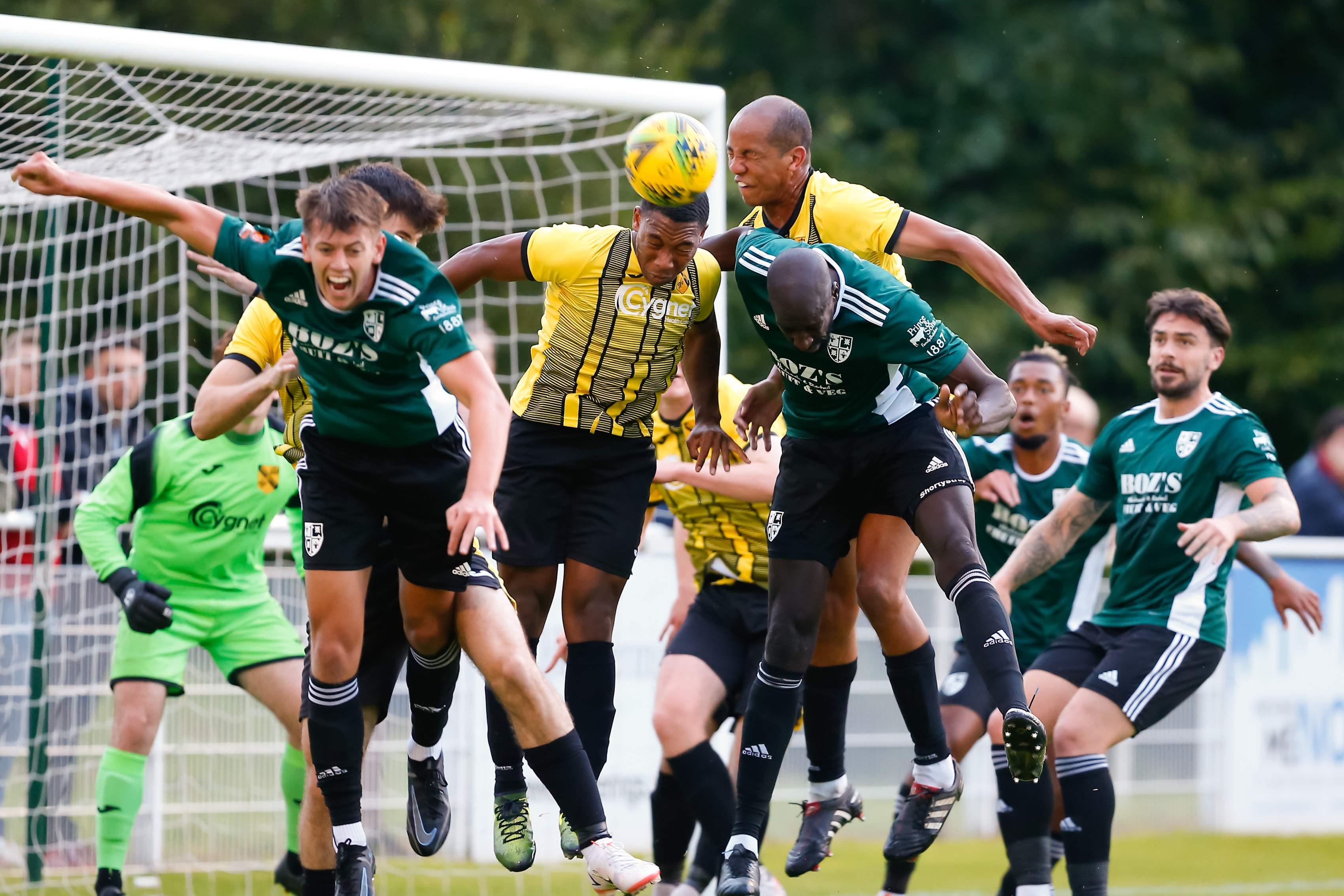 Rohan Ince then joined the fray in the 40th minute to replace Skinner who had picked up a knock. He had worked tirelessly in the opening half and was heavily involved for the Cards.

Dowse brought on Selim Saied at half-time for Tahvon Campbell and hadn’t got hugely involved in the game and Max Kretzschmar for Moussa Diarra, meaning Ince slipped into the back four.

It was nearly four nil to the rampant Cards a few minutes into the second half when the trialist on the left wing hit the post before Oakley was then denied by a smart save moments later.

Since coming on, Saied made some surging runs down the right attacking the Westfield left-back at every chance and putting in some teasing crosses, and nearly creating a fourth for Woking.

Inih Effiong was then brought on for a trialist in the 57th minute and Evans, who had not been involved as much in the second half was then taken off for Westfield a few minutes later.

Woking were searching for another goal and nearly got it in the 67th minute when the impressive trialist playing in midfield whipped in a lovely free-kick from 25 yards out that was clawed out by the keeper.

However, the same trialist made it 4-0 a few minutes later in the 69th minute when he was found by Oakley in the box on the right before beating his marker with some quick footwork and firing low into the bottom corner across the keeper into the left-hand corner. A fine solo effort and he looked a player with some real quality. He was taken off soon after with Jamar Loza coming on.

Westfield had battled hard and nearly got a deserved consolation goal five minutes from time but they missed a sitter with only Craig Ross to beat. Kretzschmar then blazed over the bar after being teed up on the edge of the box.

It was another solid pre-season performance from the Cards and they have lots of positives to take into the new season. The squad looks stronger, fresher and fitter, and Dowse has a number of more options up front this time around with a lot more goals in the team.

The season gets real for Woking on Saturday 21st when they take on Wealdstone away in their first match in the National League, when they will be looking to get off to a perfect start and take three points.

Man of the Match: George Oakley. Took his goal clinically, led the line superbly, holding the ball up well and will be a big asset and something the Cards missed up front last season.
Tags Match Report
Share Facebook Twitter Print