Davison snatches a point from Glovers as Woking leave it late

The Cards went into the match following three straight away defeats, in an encounter which saw them - unbeaten at home - against bottom of the table Yeovil, unbeaten away. It was clear that the torrential downpour affected the approach from both sides, with strong winds pushing towards the Kingfield Road End giving Yeovil the advantage in the first half.

The first action of the game came from a set piece, as an excellent delivery from Matty Warburton from a free kick gave a free header to Charlie Lee, but his header was straight at Craig Ross. Woking had a similar chance just three minutes later, an excellent delivery from Charlie Cooper giving Max Kretzschmar a free header, which was tame and easy for Adam Smith to gather.

Jack Cook found himself needing treatment following a horrible challenge from Albi Skendi, and to the shock of the Woking players, Skendi received just a warning from referee Adam Herczeg. A Yeovil player would find themselves in the book just minutes later, Lawson Dâ€™Ath with a poor challenge just outside the box. Charlie Cooperâ€™s free kick was a couple of yards wide.

The game lacked a real cutting edge for much of the first half, at times it was one of head tennis. Following a foul from Saul Shotton just after the half hour mark, which resulted in Wokingâ€™s first booking of the game, Luke Wilkinson had a free kick just outside the penalty area. The Yeovil specialist had his effort blocked by the wall. Charlie Cooper put an enticing ball into the box, but Josh Davison was unable to get a good connection.

The first real moment of quality came from Yeovil. A deep free kick was only half cleared by Woking, and Matty Warburton, on loan from Northampton, showed his EFL quality with an excellent finish into the bottom corner, giving Ross no chance. Just two minutes of added time were comfortable enough for Yeovil, who had a deserved lead, with Woking lacking cohesion and quality.

Woking were out early for the second half, and just six minutes after half time, Morgan Williams got on the wrong side of Charlie Cooper inside the box, penalty to Woking. Max Kretzschmar, Wokingâ€™s specialist, stepped up, but his penalty hit the post and the ball was cleared. It just looked like being one of those days for Woking, and Yeovil thought they had doubled their lead, with Warburton seeing a shot well saved by the feet of Ross, Murphy tapped home but the linesmanâ€™s flag was up quickly.

With sixteen minutes to go, an excellent shot from Murphy from 25 yards was incredibly tipped onto the bar by Ross, with the rebound being blocked by desperate Woking defending, before the ball found its way to Warburton, who was fouled inside the box, and the referee did not hesitate in pointing to the spot for the second penalty of the game. Murphy stepped up, but his tame effort was straight at Ross, and Yeovil had missed their chance to clinch victory.

The penalty miss boosted the Cardsâ€™ morale, and Ben Dempsey was replaced by Dave Tarpey, which showed the intent from Woking boss Alan Dowson. Woking started to string passes together, with Kretzschmar in particular seeing much more of the ball, and it was the Woking number 10 who created an opportunity for Josh Davison. Following good work from Kretzschmar down the wing, he cut the ball back to Davison, who let the ball roll and then struck a shot which was well saved by Adam Smith and the ball went out for a corner.

Yeovil managed to run the clock down until the 88th minute, when calamitous defending from Luke Wilkinson and Morgan Williams gave Davison the chance to take the keeper on, and he rounded Adam Smith before firing a composed finish into the back of the net from a tight angle. 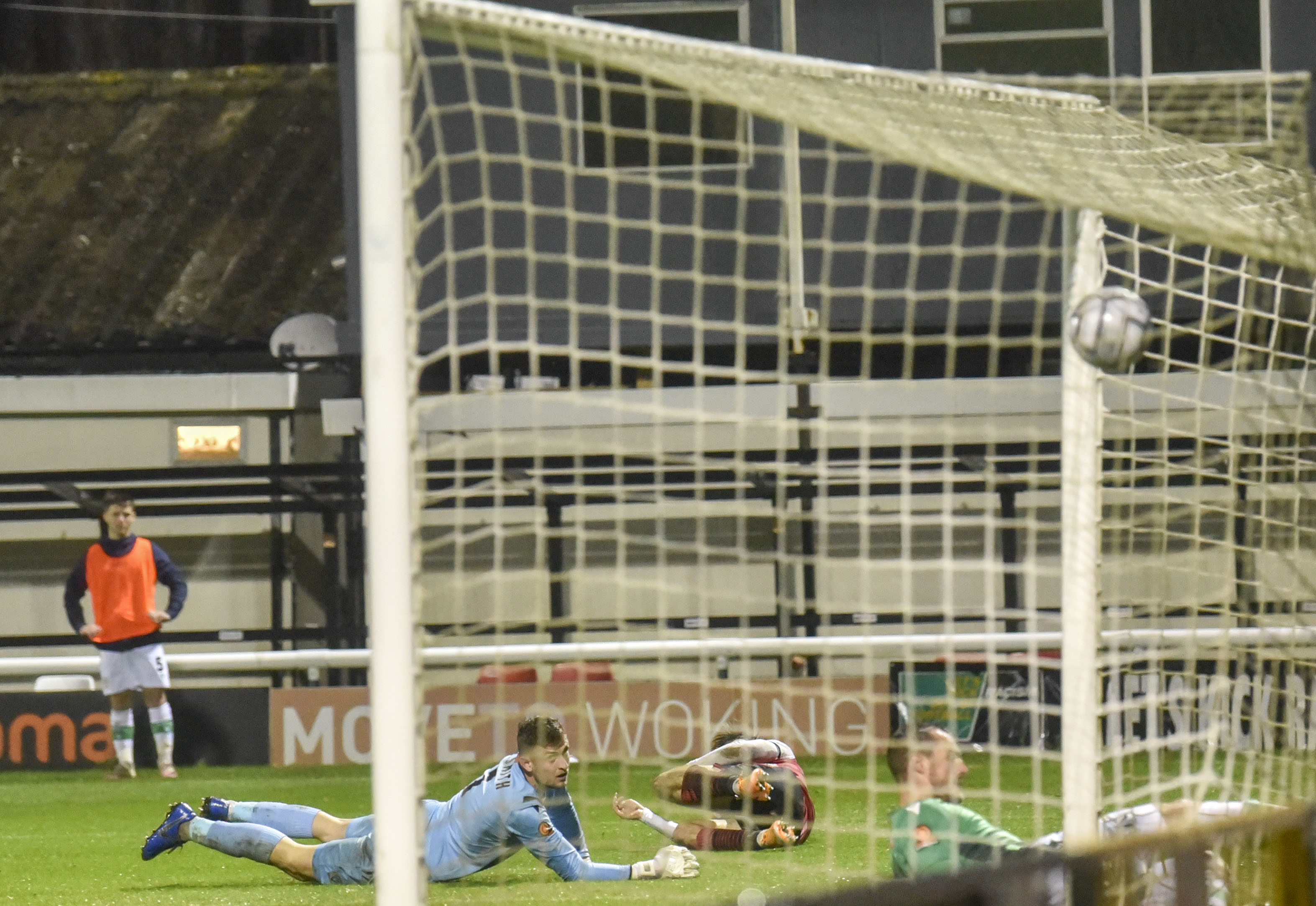 Woking were caught out straight from kick off, and it was too easy for a free header following a good cross, luckily for Woking it was wide. Five minutes of added time saw no further action of note, and full time saw handbags from both sides, with Yeovil devastated that they had let their first three points slip away from them.

Woking will be the happier of the two sides, but Alan Dowson will be disappointed that the Cards couldnâ€™t take their chances and snatch the three points from Yeovil. Woking have a chance to get back to winning ways at Dover on Tuesday night, and possibly a return to action for Ben Gerring after injury.

Man of the Match: Craig Ross was brilliant once again, making several key saves to keep Yeovil at bay, showing why he is one of the highest rated keepers in the National League.