How the Cards can boost the MANarama campaign!

6:34pm, Thu 17th Oct 2019
We're edging towards the middle of this yearâ€™s MANarama campaign, so Woking fans if you havenâ€™t donated yet, what are you waiting for!

Itâ€™s high time we explained just how crucial your donation could be - and how easy it is for you to contribute to the cause. Every penny really does make a big difference.

As we're sure you already know, Vanarama, Motorama and The National League have once again teamed up together with the aim of raising another thousands and thousands for Prostate Cancer UK.

But we canâ€™t do it without the clubs and their fans.

The response has so far has been outstanding - but still weâ€™re being asked just how people can get involved.

Let us be clear on this oneâ€¦ it could not be any easier!

Prostate cancer kills over 11,000 men every year - that's nearly one every 45 minutes. Your moment will be used to fund the research that will bring radical advances in diagnosis, prevention and support.

BT Sport pundit and former Barrow, Norwich City and Wigan striker Grant Holt told us: â€œItâ€™s always important to get involved and give Prostate Cancer UK the exposure they deserve. We try and do everything we can and the MANarama campaign is huge in helping to create awareness.

Getting involved with the MANarama campaign as we try to combat Prostate Cancer could not be more straight forward.


FREE MINIBUS FOR YOUR CLUB

To say thank you to the incredible fans and clubs of The National League for supporting our MANarama campaign in aid of Prostate Cancer UK, we're giving a FREE minibus away to one club.
When your club hits Â£500 they go into the hat!

Massive thank you to the clubs that have raised the most so far. 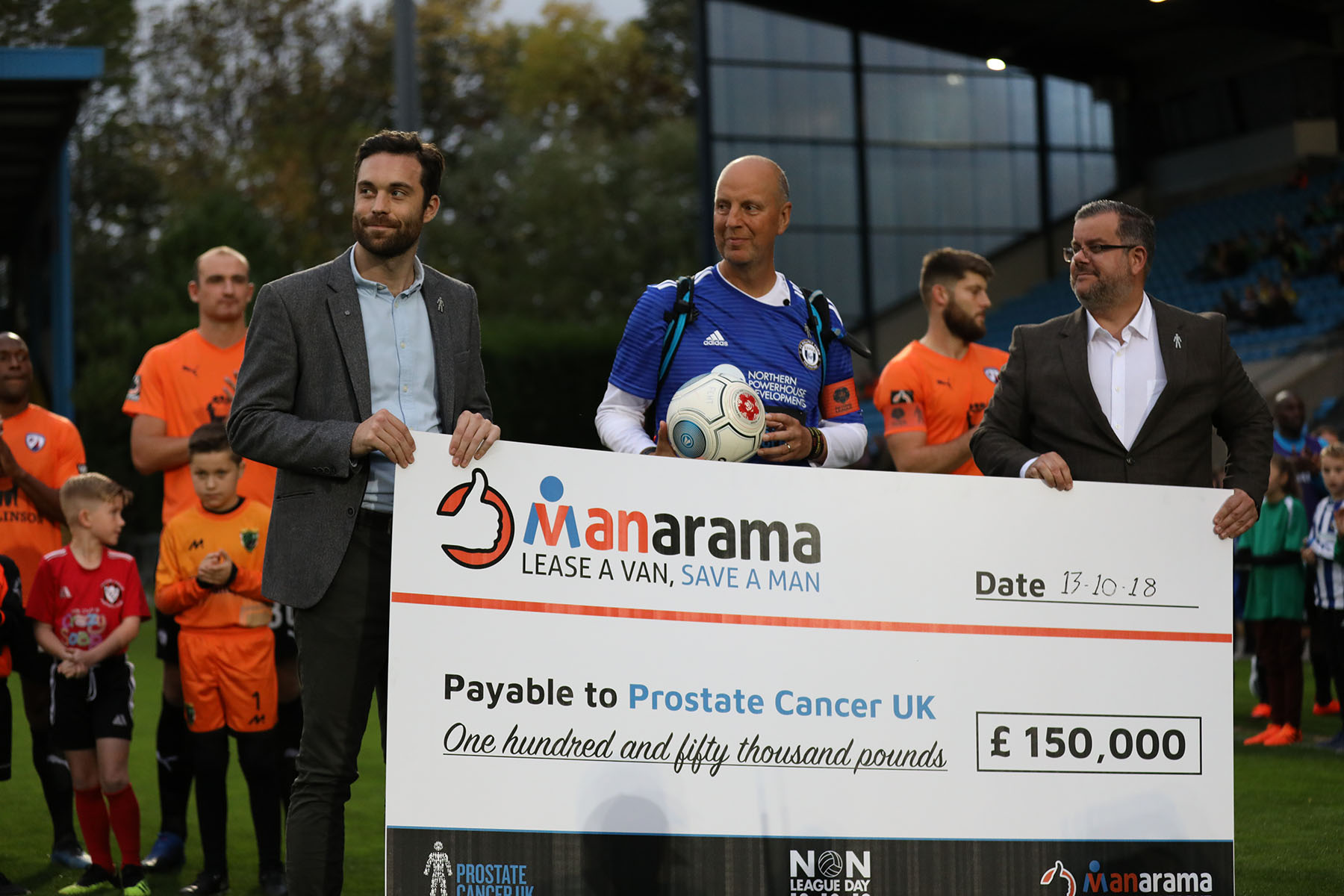