Woking were held to their first draw of the season against fellow promoted side Torquay United in a hotly contested match which saw the Cards take the lead through Dave Tarpey only to be pegged back with 11 minutes to go.

Vanarama National League table-toppers Woking came into the game with six consecutive wins, their best run for almost six years, while the form guide also pointed favourably to Alan Dowsonâ€™s team having lost just one in 12 previous meetings against the Gulls.

After a stalemate first half, with both teams losing a player each to injury, Woking broke the deadlock through Tarpeyâ€™s rifled effort only to see Torquay United debutant Ben Whitfield equalise with a header.

The goals stretched the game but neither side could find the quality to secure a winner which meant the points would be split between the two newly promoted teams.

With FC Halifax Town beating Chesterfield, Woking have been shuffled to second place on goal difference.

The Cards made two changes to the line-up which started the victory against Barrow last Saturday, one imposed with Kane Ferdinand suspended - with Godfrey Poku slotting into central midfield - while Moussa Diarra replaced Manny Parry in central defence alongside Ben Gerring who shook off the injury which forced him off at the weekend.

In a low-key opening to the game, Woking were forced into an early change as Shaun Donnellanâ€™s evening was over after eight minutes as he pulled up with a suspected hamstring injury with Nathan Collier coming on in his place in central midfield.

Jamie Reid was convinced heâ€™d put the visitors into the lead on the 19th minute when he slotted past Craig Ross but a late offside flag saved Woking, while during the build-up the ball appeared to deflect off a Torquay United arm.

As Woking probed well on either wing through Tarpey and Tyreke Johnson, it was the Gulls who had the next clear chance through Reid again. A counter-attack saw Reid bear down on goal and curl a fierce effort around Johnson, leaving Ross stranded, only to see his shot rebound off the upright.
Woking responded through a freekick which was half-cleared to Collier but his looping header drifted wide of the left-hand post.

With both sides playing their ninth league game in a month, as the 2019-2020 season started on the 3rd August, it was Torquayâ€™s turn to lose a player to injury with ex-Cards loanee Armani Little hobbling off on 33 minutes.

As both sides looked evenly matched approaching halftime the remainder of the first period was played without major incident.

Gary Johnson aimed to freshen things up in the Gullsâ€™ midfield bringing on Jake Andrews for Connor Lemonheigh-Evans but it was Woking who broke the deadlock with a stunning strike from Tarpey.

With Woking building pressure, Johnsonâ€™s cross was fought for by Jake Hyde with the ball falling kindly to Tarpey in the centre of the penalty box. But the Woking forward still had to manufacturer a yard of space, shifting the ball from left to right, before producing a powerful right-foot shot for his third goal of the season. 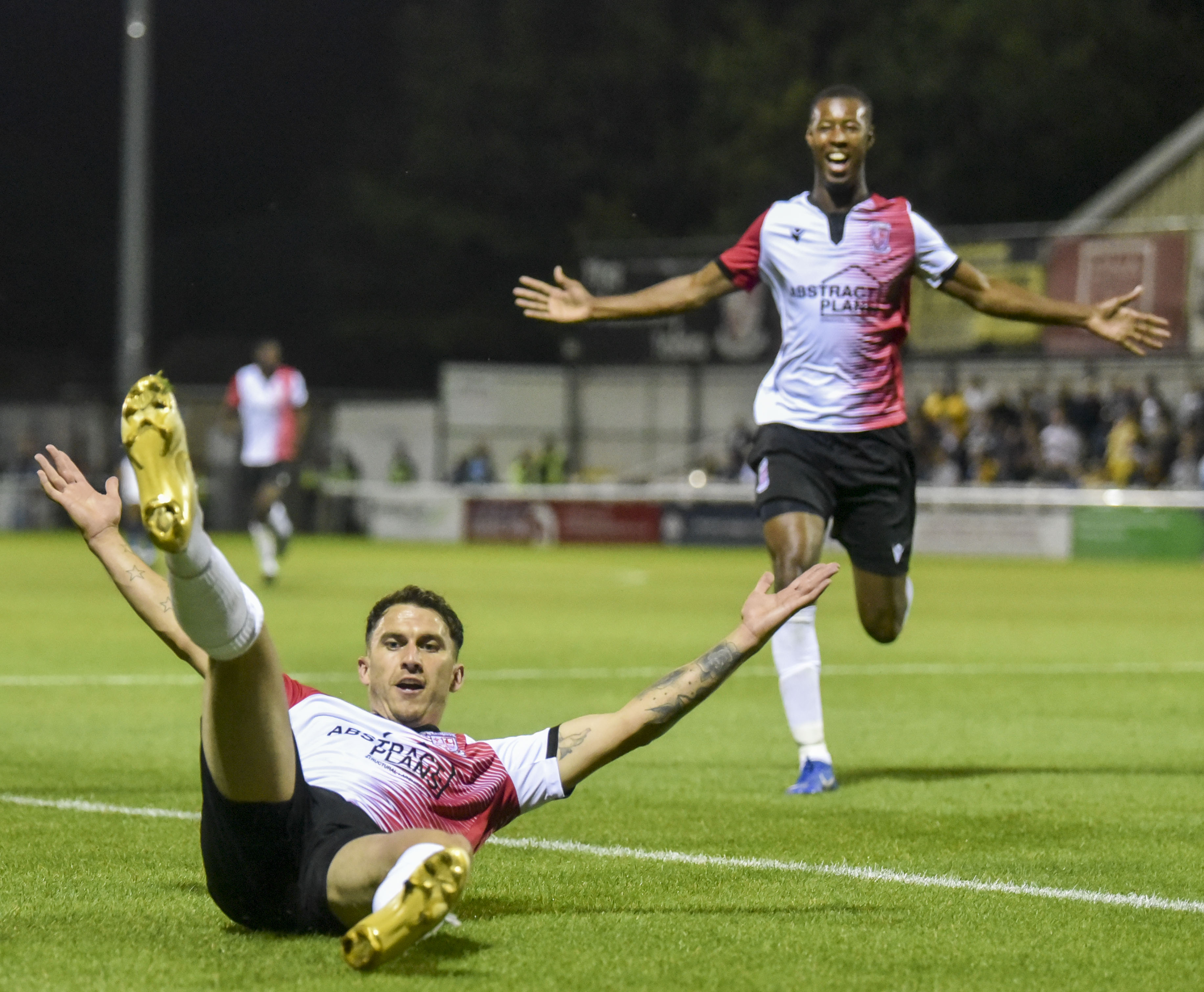 The Cards kept Torquay at a distance, limiting the away side to a Manny Duku shot which clipped the side netting, as the duo of Poku and Collier shielded the defence with tireless running.

Despite a couple of half-chances for Woking to double their lead, Torquay United regained their composure to hit the Cards with a sucker punch on 79 minutes. A deep cross from Ben Wynter on the right found Whitfield - who came on for the injured Little - unmarked at the back post and the winger nodded in an equaliser to setup a grandstand finish.

With plenty of haste but not much accuracy from both sides, a pulsating game failed to provide either side any further openings which saw the two sides promoted from the National League South last season share the points. It marks Wokingâ€™s first draw of the campaign and ends the Cardsâ€™ stellar run of six straight wins.

Woking will look to return to winning ways on Saturday night in front of the BT Sport cameras with the long trip up to Hartlepool United.

Man of the Match: Godfrey Poku â€“ Tireless midfield marshalling and kept Woking ticking when they were tiring.