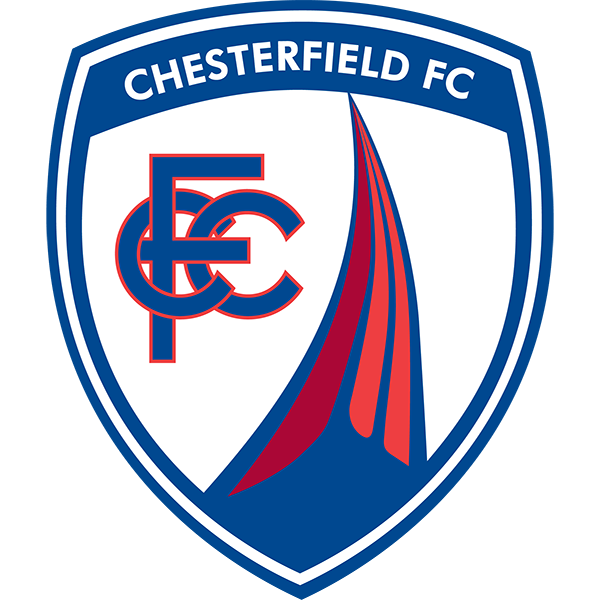 Woking will be looking for a measure of revenge this afternoon as they host play-off chasing Chesterfield at the Laithwaite Community Stadium.

In stark contrast to their current plight, the Cards were in fine form the last time these two sides met back in October, with the defeat at the Technique Stadium the only major blemish for Alan Dowsonâ€™s side as they took 10 points from their first five league games. The two sides have gone in opposite directions since then, with the Cardsâ€™ well-documented injury crisis speeding up their slide down the table, whilst the Spireites, inspired by new manager James Rowe, have surged into play-off contention. Wokingâ€™s defeat at in-form Dagenham & Redbridge on Monday was a seventh straight loss for the Cards and a tenth in 11 games in all competitions.

Their flattering 4-0 win over Woking aside, Chesterfield endured a difficult start to the season, and looking in line for another campaign of struggle after finishing in 20th place last season. However, the arrival of former Gloucester City boss Rowe in place of John Pemberton in November proved a masterstroke, with the club winning 14 of their first 21 league games under their new manager. Their form has detreated slightly of late, as the club battles injury problems of their own, leading to a run of just one win in seven, but they remain firmly in play-off contention with five games to go, sitting just two points adrift of the top seven.

Moussa Diarra is expected to miss the rest of the season as he returns to France to visit his family. However, Dowse will have Jack Cook available again, after the defender missed the last two games through suspension. Malachi Napa also made his return from injury as a substitute against Dagenham and could play a larger part today. Meanwhile, Sam Ashford will be hoping to keep up his fine form in front of goal, with the on loan Crawley Town frontman having scored in each of his last two games, taking his tally for the season to four in 10 appearances.

James Rowe was appointed in November and has enjoyed a successful spell in charge thus far. Prior to joining the Spireites, the 37-year-old spent a year with National League North side Gloucester City, who he left top of the table upon his departure. Prior to his time with the Tigers, he spent three years as assistant manager at Aldershot Town. During his playing career he was a striker for a host of non-league clubs, including Histon, AFC Sudbury, Leiston, Canvey Island, and Leamington.

Top scorer Akwasi Asante, who followed Rowe from Gloucester, is currently out injured. However, they have plenty more firepower in the shape of former AFC Fylde forward Danny Rowe, as well as Blackpool loanee Adi Yussuf. However, former Woking midfielder Manny Oyeleke could be the one to watch. The ball-winning midfielder, who also spent time with our neighbours Aldershot, is a recent addition after two-and-a-half years with League Two side Port Vale.

The scoreline only told half the story in this early season encounter. Chesterfield took a first-half lead through striker Tom Denton, but the visitors more than held their own, and spurned numerous chances to equalise in a game they comfortably shaded for more than 80 minutes. But after Dowse gambled by throwing on an extra striker, the floodgates opened, and a late brace from Luke Rawson and another for Alex Kiwomya gave the home side all three points.

The Cards travel to promotion-chasing Sutton United on Tuesday night in a game which will be shown live on BT Sport. Thatâ€™s followed by two further tricky away ties at Solihull Moors and Stockport County. 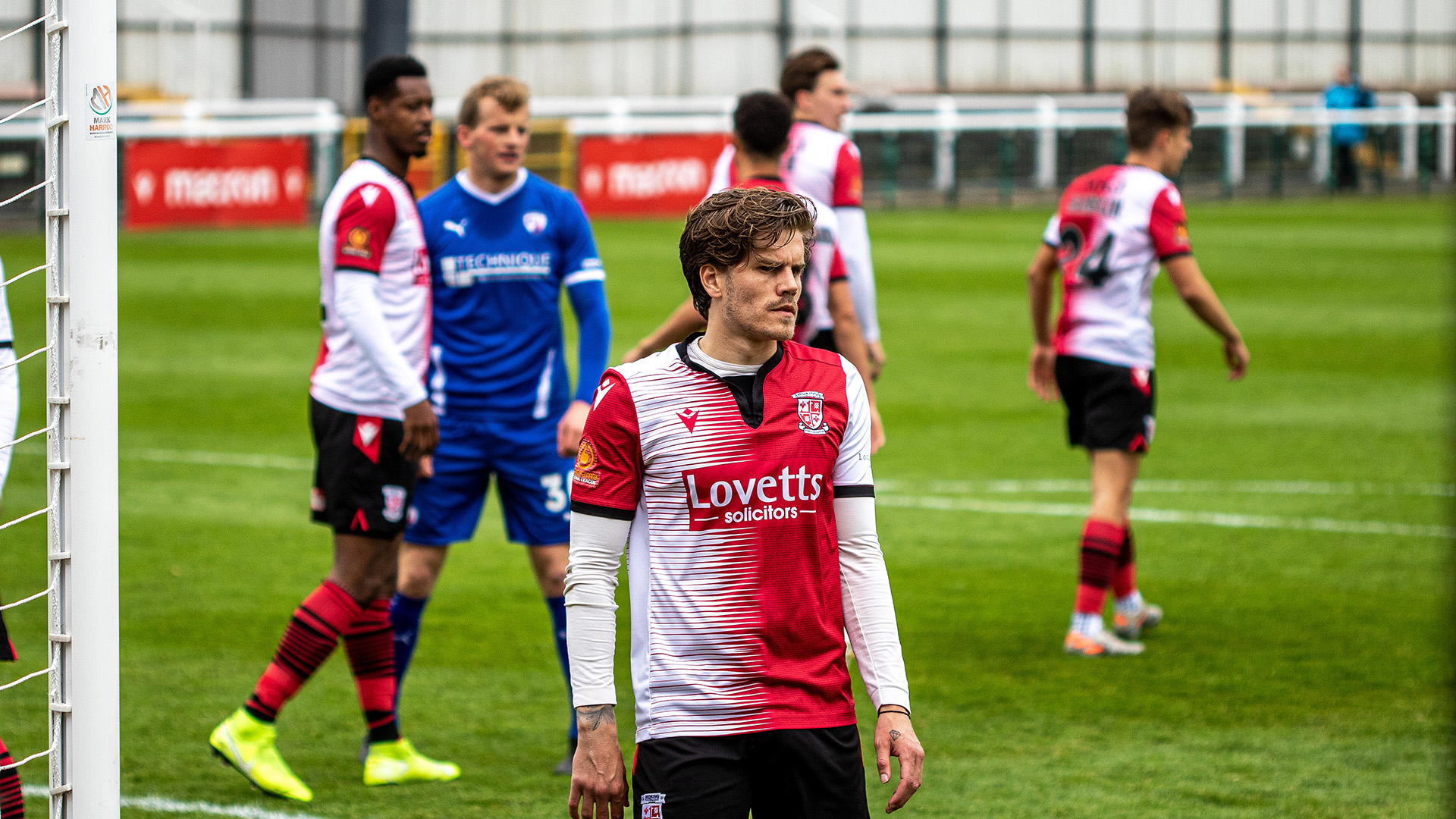 Woking were beaten 4-1 by Chesterfield at the Laithwaite Community Stadium yesterday afternoon, as some abject defending saw them concede three goals from set-pieces in the first half and condemn them to an eighth consecutive defeat.

The scoreline did flatter the away side, but they were good value for the win and although the Cards fought hard until the last minute, they only had themselves to blame for the defeat gifting some soft goals to their opponents, who are still well in the hunt for a play-off spot.

Dowse made four changes to the starting side that went down 3-1 at Dagenham Redbridge on Monday, with Zach Robinson replacing Sam Dalby up front, Malachi Napa coming in for Paul Hodges, Nathan Collier playing at centre back in place of Moussa Diarra and Jack Cook also started with Joe Leslie dropping to the bench.

Kicking off towards the Leslie Gosden Stand, the Cards were immediately on the back foot and a few minutes in, Chesterfield had the 1st effort of the game, when Laurence Maguire let fly with a long-range effort from the edge of the box that whistled past the right-hand post of Craig Ross.

Thomas Whelan then nearly made it 1-0 in the 7th minute when he was played through but Ross managed to palm away his left footed effort. However, the goal was coming and from the corner, captain Gavin Cunning gave Ross no chance, when he rose unmarked and headed into the corner.

Woking were getting overrun and it was nearly 2-0 in the 9th minute when midfielder Joe Rowleyâ€™s cutback back from the right, was met by George Carline, who fired an effort at goal, but Ross expertly tipped it over the bar.

Wave on wave of attacks were coming from the away side and Woking were offering very little in attack and unable to get their foot on the ball and get a foothold in the game.

Sam Ashford was then clattered from a crunching tackle from Fraser Kerr in the 18th minute, but the Chesterfield centre back came off worse, as was soon replaced by Jak McCourt in defence.

Chesterfield deservedly made it 2-0 in the 20th minute, although it was another soft goal, as Marcus Dinanga finished from a few yards after Ross failed to deal with a corner from the left by Whelan, dropping the ball at the feet of the forward.

Woking started to improve midway through the half and Napa made an incisive run but his cross was well cleared and then a Lofthouse cross was cleared under the bar by the away sideâ€™s keeper James Montgomery.

The cards were thrown a lifeline in the 27th minute when they were awarded a penalty after Kane Ferdinand was upended as he tried to get on the end of a right-wing corner. Cooper stepped up and somehow the ball went in off the keeper in the bottom right-hand corner. It was Cooperâ€™s third goal of the season. The cards were back in the game.

The goal lifted the Cards and Napa then had a golden chance to equalise in the 30th minute, when he turned smartly on the edge of the box after being fed from the left by Robinson, and was through one-on-one, but dragged his effort wide when it seemed he was certain to make it 2-2.

Chesterfield then had a glorious chance to make 3-1 in the 35th minute. Dinanga was played through, but he failed to hit the target and smashed his effort past the post.

The game was now in the balance and end-to-end, and Robinson then made a surging run before being fouled on the edge of the box. Cooper stepped up and curled a lovely free-kick from 25 yards over the wall, but it was well pushed out by Montgomery, who was now much busier.

After getting back into the game, the Cards then shot themselves in the foot and gifted a two-goal lead in the 40th minute with some awful defending, again. Whelanâ€™s corner was flicked on by Cunning and the unmarked Carline had plenty of time to finish under little pressure and leave Woking with a mountain to climb.

It was an entertaining half, but Woking could have no complaints at being 3-1 down after conceding three goals from set plays and their defence at sixes and sevens.

Dowse made two changes at half-time, bringing on Joe Leslie (pictured above) for John Freeman and Dalby up front for Ashford, as he looked to get back into the game.

Chesterfield nearly put the game to bed in the 52nd minute and it was nearly a fourth goal from a set piece. Whelanâ€™s perfectly delivered corner was met by Carline who headed wide of the post from eight yards out, when it seemed he was odds on to score his second of the game.

The game settled down and was being keenly fought in midfield but Woking were failing to make an impact going forward despite plenty of effort across the park, until Robinson, who for someone of his tender age shows great movement, intelligence and work-rate, then headed wide from the edge of the box in a rare attack for the Cards.

Dowse then made another change, bringing on Paul Hodges in the 66th minute for Napa, as he made one last role of the dice.

Woking were struggling to create, but if anyone was to get them back in the game it was Robinson, who nearly made it 3-2 in the 72nd minute. The young forward turned his man delightfully 10 yards out with a deft touch after being found by a ball in from Kyran Lofthouse, but failed to finish past the onrushing Montgomery, who made a superb save low down.

Hamblin who had a steady game at left back, then got forward well down the right into the box but failed to pick a forward out and it was cleared. The ball fell to Cook but smashed his effort over the stand from distance.

Rowe then had a few half-chances for the visitors to wrap the three points up, first placing an effort well wide after finding space and then smashing an effort into the stand after going for power at the near-post.

The Cards kept working hard and Cooper went through on goal and had an effort well saved at the near-post by Montgomery after good work again by Robinson, who had played a nice ball into his path before Lofthouse, as industrious as ever, then made a surging run from the right, but struck his left footed effort over the bar from the edge of the box. 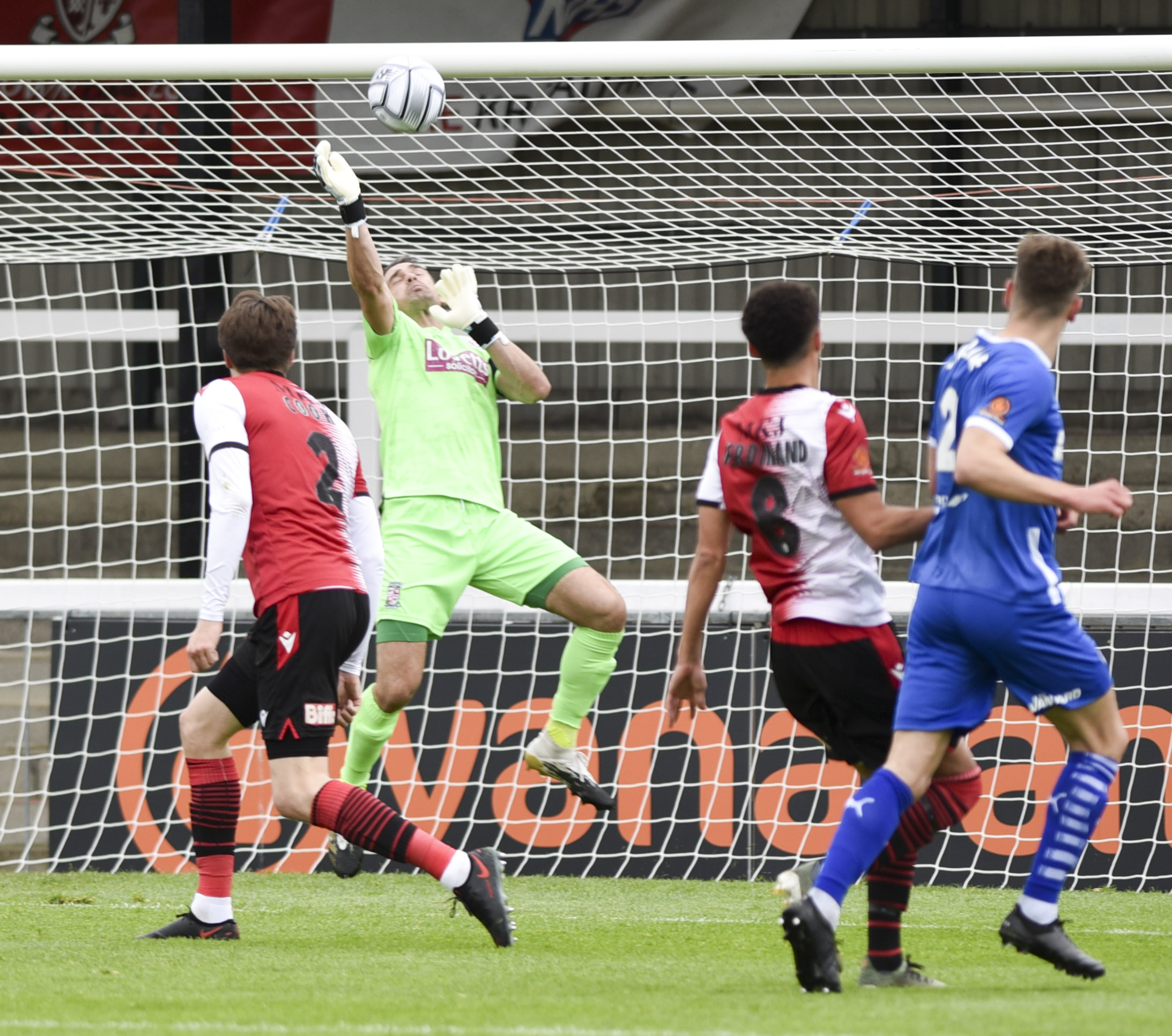 The game was all over in the 88th minute when Chesterfield made a quick counter-attack and Rowe was found down the right in acres of space by Liam Mandeville, before squaring the ball into the box and finding the unmarked Jack Clarke, who made no mistake, placing the ball into the corner to make it 4-1, giving Ross no chance.

The Cards kept on going until the end and in injury time, Cooper let fly from 25 yards which was well saved by Montgomery in the Chesterfield goal and they had another effort on goal in injury time.

The away side deserved the three points, but the 4-1 scoreline was a little harsh on a Woking side missing a number of players. However, three of the goals were very soft from set-pieces and gifted on a plate. The Cards never gave up though and worked hard until the final whistle and if Napaâ€™s one-on-one effort had gone in at 2-1, it might well have been a different outcome.

The defeat leaves Woking in 20th place in the National League with four games to play and their next game is away to promoting chasing Sutton United on Tuesday night, where they will look to end an eight-game losing streak.

MotM: Zach Robinson â€“ showed some nice touches throughout the game and was a real threat up front, with much of Wokingâ€™s best attacking moments going through him. Looks like he will have a bright future in the game.