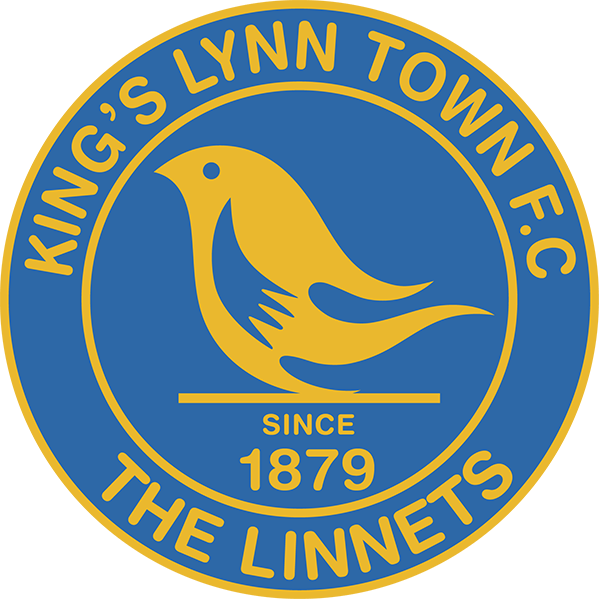 Cards aim to bounce back after narrow defeat

Woking extended their winless run in the league to nine games against Boreham Wood on Tuesday evening. They aim to put that right on Saturday when they make the trip to newly promoted Kingâ€™s Lynn Town.

The Cards had their chances on Tuesday, most notably with captain Josh Casey hitting the crossbar, but last seasonâ€™s play-off semi-finalists otherwise proved a hard nut to crack and took the points courtesy of Gus Mustafaâ€™s first-half opener. Alan Dowsonâ€™s side are still in a strong position, occupying seventh place and the last of the play-off places, but Dowse will know the importance of getting another three points on the board after two league matches without a win and without a goal.

Itâ€™s been a challenging start to the season for Kingâ€™s Lynn, promoted as champions of National League North last season, who have conceded a league-high 17 goals already this season. However, they do carry a threat at the other end, scoring eight times and picking up four points from their first six fixtures. Their season started with a commendable draw against Yeovil Town and a win at Maidenhead United, before four straight defeats, losing to Solihull Moors, Boreham Wood, as well as fellow promoted duo Weymouth and Wealdstone. Theyâ€™ve conceded at least twice in each of their games so far. They advanced in the FA Cup by default after Notts Countyâ€™s withdrawal.

Dowse has confirmed that Malachi Napa will be out for 4-5 weeks following the injury sustained at Aldershot in the FA Cup. On Tuesday, his place was taken by fellow Oxford United academy graduate Kyran Lofthouse, who had a fruitful loan spell with Oxford City last season. The boss also took the opportunity to rotate his midfield options with Tommy Block coming in for Charlie Cooper. Meanwhile, Matt Jarvis notably completed a first full 90 minutes in a Woking shirt. There has been one other piece of transfer business this week with Connor Hall returning to Chorley on loan, leaving loanees Josh Davison and Slavi Spasov to battle it out for that starting role up front.

The Linnets are coached by Ian Culverhouse who is in his second spell with the club. Culverhouse is perhaps best known for his career as a player with Norwich City, whom he joined from Tottenham Hotspur in 1985, and the defender went onto spend close to a decade at Carrow Road. He finished his playing career with spells at Swindon Town and Brighton & Hove Albion before moving into coaching. He enjoyed assistant manager roles at Colchester United, Norwich, and Aston Villa, before stepping into management with Kingâ€™s Lynn for the first time in 2017. After a brief spell with Grantham Town he returned to the Linnets in 2018 and guided them to promotion to the National League.

Former Woking loan player Jamar Loza is amongst the Kingâ€™s Lynn ranks and could play on Saturday. But itâ€™s striker Adam Marriott whoâ€™s the one to watch. The former Cambridge United, Cambridge City, Stevenage and Lincoln City man has scored more than 50 goals for the Linnets over the last two seasons, including a league high 28 last season, as the club defied expectations to sit atop of the pile. Heâ€™s only got two so far this season, but heâ€™s still definitely a threat to any National League defence.

Woking are back in FA Cup action next Saturday when they travel to League One side Gillingham. Thatâ€™s followed by a home match against Yeovil Town one week later.

Loza returns to haunt the Cards on All Hallowsâ€™ Eve

The first ever meeting between the two clubs at The Walks started on a dull and blustery Saturday afternoon, although the sun did make an appearance during the game and the wind also abated.
The home side went into the game on the back of a midweek 3-2 reverse to Wealdstone whilst the Cards also lost by a single goal at Boreham Wood.

Team news came through and the visitors showed just one change from their previous starting eleven with Charlie Cooper (pictured) replacing Ben Dempsey. Amongst the home side team was prolific striker Adam Marriott and on the bench was a former Card loanee in Jamar Loza.

The game was played at a good pace and the final score was in the balance until the last ten minutes when substitute Loza scored twice to turn a 2-1 deficit into a 3-2 win for the home side.
Woking deserved at least a point from their efforts having themselves recovered from going a goal behind to lead at the break, but the substitutions ultimately made the difference in a tight game.

The floodlights were on before kick off as the thick clouds had all but extinguished the autumn sunshine. The game started at a frenetic pace and it took a while for both teams to settle. The surface appeared to be good at first glance, but on reflection it was a little soft in patches which hindered both teams' passing.

The first ten minutes produced very little goalmouth action and it wasnâ€™t until a few minutes later that Woking fashioned a chance when Ferdinandâ€™s header was straight at Mair in goal. This was followed by the first caution of the game when Mitchell went into the notebook for a foul on Casey on halfway. There was then a good chance for Shotton with a ricochet off a defender and the goalkeeper. A couple of half chances followed for the home side but little to worry the visitors.

The opening goal arrived in the 27th minute when a corner from home skipper Clunan was volleyed in from ten yards out by Adam Marriott. It was their first clear opening and showed how deadly he is in front of goal when afforded any amount of time and space in the box.

Woking responded with a corner of their own, but this was cleared by the defence. Cook then had a downward header saved and shortly afterwards became the second player to incur the wrath of the referee and earnt a yellow card for a foul. Block was next into the notebook for a challenge that barely warranted a caution, but he too had his name taken. Marriott then had a deflected free-kick pushed behind by Ross for a corner which this time came to nothing.

Shortly afterwards Woking were level when a good cross from Jarvis into the six yard area saw Ferdinand jump highest to head Woking back into the game over the stranded Mair into an empty net. It was no more than they deserved. Unfortunately, Block was injured in the build up to the equaliser and had to leave the field to be replaced by Kretzschmar for the final few minutes of the half which had three additional minutes. 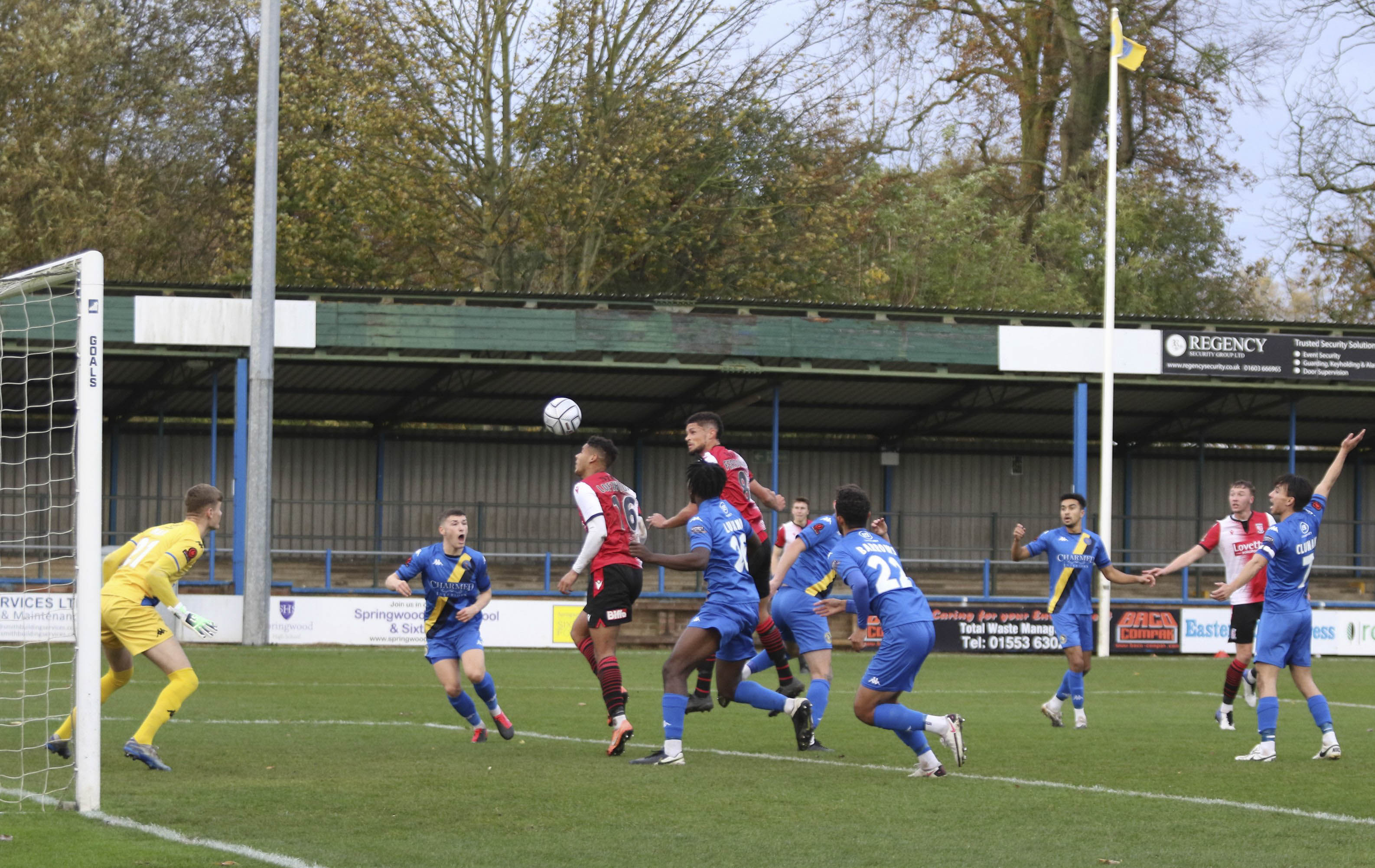 Deep into added time another cross, this time from Reid, was met by Davison who climbed highest to put Woking into the lead with the halftime whistle beckoning. This was an excellent comeback by the visitors who had responded well to going behind to overturn the deficit at the break.

The home side clearly had manager Ian Culverhouseâ€™s voice still ringing in their ears as they came out determined to atone for their late first-half lapses in defence. They were almost on terms two minutes after the restart when, following a good move from Carey and King, Marriott shot inches wide when he seemed certain to score. Woking then broke away and Jarvis found Kretzschmar in the box but Mair this time saved to keep his side in the game.

There then followed a period of play littered with a few free-kicks and a short stoppage for treatment on the field to Burrows who was able to continue. The turning point came with the introduction of Loza on the hour. He started to cause Woking problems with his runs down the left hand flank and cutting into the box.

The hard-working Davison was replaced with around 15 minutes left to play by Spasov; Jarvis was then withdrawn with Tarpey coming on in his place. Spasov was then cautioned for what is now regarded as â€˜simulationâ€™ in the box as the game entered the final ten minutes.

The home side were on level terms a minute later when substitute Loza went into the box and shot across Ross into the far corner. This was the spark they needed to launch a final assault. Casey became the fifth Woking name to be taken for a block challenge.

With two minutes of normal time to play a free-kick was parried by Ross and Loza grabbed his second goal of the game in similar fashion to the first to the delight of his team-mates. Woking were clearly crestfallen at having their lead taken away having worked hard throughout.

Five minutes added time produced very little of note and the hosts had secured their first home league victory of their first season in the National League. For Woking it was a case of what might have been as on another day they would have returned home with at least a point for their efforts.
The real shame was that there were no fans there to watch but hopefully they will be allowed to return at some point in the future.

Man of the Match: For Woking, both Jarvis and Lofthouse put in excellent performances but Davison was a powerhouse until being replaced, and the final result may have been different if both he and Jarvis had been able to play the entire 90 minutes.