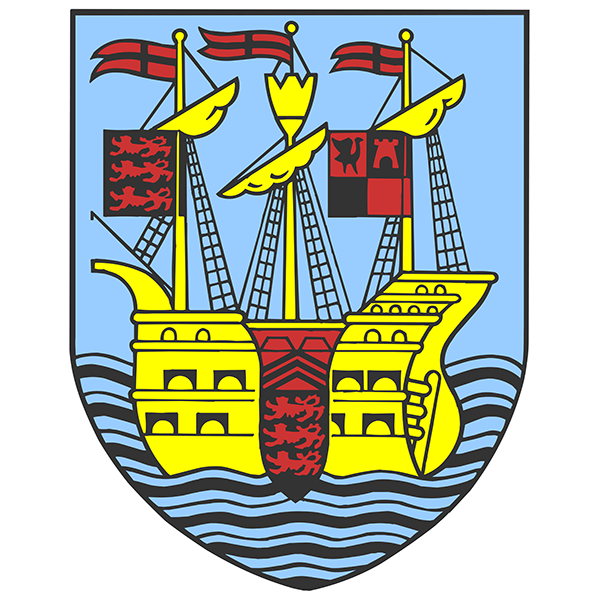 Woking look to make it two wins out of two

The Cards make the trip to newly promoted Weymouth on Tuesday evening, looking to build on the success of Saturdayâ€™s impressive 2-1 victory over highly fancied Solihull Moors, the clubâ€™s fourth consecutive opening day of the season win.

For 25 minutes it looked like being a long afternoon for Alan Dowsonâ€™s side against the Moors, who were impressive on the ball and deserved their lead, even if it came via a fortuitous penalty ably dispatched by Northern Ireland international Jamie Ward. But Jack Cookâ€™s 60-yard clearance turned shot, which forced a spectacular save out of visiting goalkeeper Ryan Boot, seemed to spark the hosts into life and they were far and away the better team after the break. Max Kretzschmar bundled in a Josh Casey corner from close range and Kane Ferdinand struck what would prove to be the winner soon after, aided by excellent awareness from debutant Slavi Spasov, who was unselfish to set up his teammate despite the pressure of several defenders around him. It might have got even better for the Cards, had Boot not pulled off another fine save to keep out Charlie Cooperâ€™s free-kick, and despite some late pressure Woking were good value for all three points.

This week will mark a first competitive meeting between these two sides since April 2010 and a first game at National League level since November 2008. The Cards are unbeaten in their last nine meetings with the Terras in all competitions, winning five and drawing four, although Weymouth will be boosted by their own opening day success, picking up their first National league point in a decade in a 0-0 draw away to fellow play-off winners Altrincham on Saturday. After successive relegations in 2009 and 2010, Weymouth spent nine years in the seventh tier, before sealing the first of back-to-back promotions to return them to non-leagueâ€™s top table. Last season they finished third in National League South, beating Dartford on penalties in the play-off final to clinch another trophy. Manager Mark Molesley departed in the summer, joining Southend United, and was replaced by former Wales international Brian Stock, whose club career included spells with AFC Bournemouth, Doncaster Rovers, Burnley, and Havant & Waterlooville. The bulk of their promotion-winning side has remained, although top scorer Abdulai Bell-Baggie has joined Eastleigh.

Dowse certainly sprung a few surprises against Solihull, leaving both John Goddard and Dave Tarpey on the bench, whilst there was no place in the squad for defender Sam Cartwright or striker Connor Hall. His decision was ultimately well and truly justified as his team surpassed expectations to deliver a fine win. As expected, Jack Cook moved inside to play in Moussa Diarraâ€™s vacated left-sided centre-back role, starting alongside West Bromwich Albion loanee Saul Shotton against Solihull. Both were excellent in front of Craig Ross, who was as dependable as ever when called upon. All three will be favourites to start on Tuesday along with captain Josh Casey. Nathan Collier performed admirably at right-back but will need to hold off new signing Tyler Reid if heâ€™s to keep his place in the team, with Tyler an unused substitute on Saturday.

In midfield, Kane Ferdinand was passed fit and turned in an excellent performance alongside new signings Tommy Block and Charlie Cooper. It will be interesting to see if Dowse sacrifices one of his more defensive-minded players in a game where heâ€™ll expect his side to see more of the ball, with the likes of Goddard and Max Kretzschmar options to play in a more advanced role. Moving Kretzschmar into a more central position would also allow room in the starting eleven for Tarpey, who could start in a front three alongside impressive Oxford United loan duo Malachi Napa and Slavi Spasov.

The Cards put bottom-of-the-table Weymouth to the sword on the final day of the season to clinch a National League South play-off place. Goals from Craig Faulconbridge, Giuseppe Sole, Nicky Nicolau and Moses Ademola sealed a comfortable victory for Graham Bakerâ€™s side, whilst a youthful Terras side were only able to name three substitutes. Woking eventually lost the play-off final to Bath City, whilst Weymouth finished bottom of the table with just 22 points, one of which came in the reverse fixture which finished 0-0.

The Cards travel to Chesterfield on Saturday before returning to the Laithwaite Community Stadium to take on Dagenham & Redbridge three days later.

Having made the first of this seasonâ€™s longer away day journeys, Dowse named a squad largely unchanged from the weekendâ€™s home victory against Solihull Moors, with John Goddard making his first start for the Cards this season, replacing Kretzschmar out on the wing. The same midfield which transformed the game against Solihull Moors - Ferdinand, Cooper and Block - remained in place for a game Woking went into expecting much of the possession.

Weymouth made three changes to their starting line-up, after playing out a rather dull 0-0 affair against Altrincham on the weekend. A Weymouth player to watch out for was Josh McQuoid, a former Aldershot player now captaining the Terras, whose starting eleven featured a mere five players originating from AFC Bournemouthâ€™s academy. However, despite the odd glimpse of a chance for the home side, Wokingâ€™s travels started solidly, with a watertight defensive performance securing a first away win and clean sheet of the season, a goal from lone striker and new signing Slavi Spasov making the difference in a 0-1 win for the Cards.

The game started slowly, with the first chance falling for Weymouth, a dragged effort from Tom Whelan sparing Cardinal blushes inside the first three minutes. This must have spurred on the Woking midfield, who presumed almost uninterrupted possession of the ball for the following 20 minutes. From the very first Woking corner in the 15th minute, Josh Caseyâ€™s deliveries were sublime, his crosses causing no end of trouble for young Weymouth goalkeeper Jack Bycroft, who failed to confidently parry away a single cross throughout the entire game.

Indeed, it was a Woking corner which triggered the first incident of the game, with a back post header by Saul Shotton from a Casey cross (the latter a recurring theme) seeming to hit the hand of one of a multitude of Weymouth defenders littered across the line. The one joy of the lack of crowds is the clarity with which one can now hear the playersâ€™ frustration with the referee, and the Cards were in full voice calling for a penalty, waved away by â€˜new to National Leagueâ€™ referee Daniel Lamport.

Within five minutes of the first penalty shout, another one swiftly arrived, with Charlie Cooper on the end of a clumsy nudge in the back on the penalty spot - again waved away by the referee, again vocally challenged by Woking players. Tempers were clearly flared, as just minutes after this, new-signing Malachi Napa was booked - not for a sturdy challenge on the halfway line, but his subsequent dissent. Events further fired up; John Goddard was able to break away on the counter, but Weymouth defender Brennan Camp (grandson of the late Bristol City player, Gerry Gow) promptly grounded him, gaining a yellow card in the process.

But it was on the stroke of half time that Wokingâ€™s constant high press reaped its rewards. After another dazzling skill, Malachi Napa won a free kick 40 yards out, next to the right-hand by-line. Up steps captain Josh Casey, curling a delightful in-swinger across goal to the back-post, piloted across to the bottom corner by a wonderful Slavi Spasov diving header; 0-1. Weymouthâ€™s keeper again failed to dominate his box, though was notably let-down by a high defensive line. Dowseâ€™s side entered the break buoyant, having dominated the run of play for the first 45 minutes, and finally gaining a goal for their efforts.

With no changes for either side at the break, Woking continued to dominate possession, though struggled again to break down a perpetually compact Weymouth defence in the final third. The only sights of danger created by Woking in the first 10 minutes of the second half were Malachi Napaâ€™s driving runs, who at one point cut past four Weymouth fielders to spread it wide to the eager Goddard out wide. From this point on, the Woking midfield trio of Charlie Cooper, Kane Ferdinand and Tommy Block simply oozed confidence, dictating play throughout the second half, and comfortably disassembling any promising Weymouth attacks.

Tempers again came to a head when Weymouthâ€™s right back picked up the ball for a throw-in before the ball departed the pitch, initially not spotted by the referee, causing much upset for captain Casey, though soon corrected by his assistant. Peculiarly, no yellow card was given, despite yet more angst shown on the side line from the Woking coaching staff. Weymouth again caused trouble for themselves, a wild lunge on a breaking Slavi Spasov gifting Casey another cross and Weymouth midfielder Jordan Ngalo a yellow card. Ensuing this set piece threat, Weymouth made a double substitution, with Wakefield on for McCarthy, and Aldershot-loanee Alefe Santos replacing captain Josh McQuoid.

Finally, the game started to open up with 20 minutes remaining, but Weymouthâ€™s first dangerous attack since the 4th minute was stamped out by a perfectly timed slide-tackle from Jack Cook, triggering another Weymouth substitution, this time the booked Ngalo off for Andy Robinson.

With 10 minutes remaining, the final events of the game occurred, again, more Woking chances, again, dictated by Josh Casey deliveries from set pieces. First, a floated ball across the 6-yard, Weymouthâ€™s keeper hopelessly missing a punch clear, resulting in a goal mouth scramble with the ball bouncing around the goal line before finally being punted clear. Just moments later and again Weymouth fail to learn their lessons, a Casey corner whipped across from the left-hand-side being thumped onto the crossbar by a flying Charlie Cooper. For the final minutes, Weymouth could offer little challenge to a stalwart Woking back line, the only event being Dowson switching strikers by subbing on Connor Hall for the goal scorer Slavi Spasov.

Full time, and Woking have their first away win at the first time of asking. A dominant performance, though one surprisingly marked only by a single goal. All Cards fans should be pleased by an assured defensive performance, and a midfield which seemed to possess unerring confidence on the ball. Next up, another away fixture, this time at Chesterfield, and a chance to continue what has already been a superb start to the season.

Man of the Match: Josh Casey. Every single free-kick and corner taken by this man caused trouble for the Weymouth back line, he even bagged himself an assist for the Spasov goal. Defensively, he was vocally in charge of a defence which secured its first clean sheet of the season. Honourable mention goes to Malachi Napa, whose dribbling caused no end of danger, winning multiple free kicks, including the one leading to the Spasov goal.