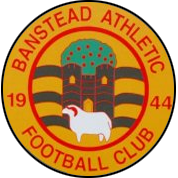 Woking crashed out of the Surrey Senior Cup at the hands of Combined Counties League Premier Division side Banstead on a rainy night at Merland Rise.

Woking, who named a mixture of fringe and academy players, put in a limp display with no one playing their way into boss Alan Dowsonâ€™s plans for Saturdayâ€™s crucial National League South home game against Chippenham Town.

To their credit, Banstead played with grit and determination, nullifying what little threat Woking carried and belying their position three steps below in the pyramid.

The Cards had beaten Croydon and Egham Town both 5-0 on the way to the quarter-finals. Woking were looking to capitalise on last weekâ€™s mini unbeaten run which continued with Saturdayâ€™s battling away draw at Hungerford Town courtesy of a second half Josh Casey equaliser.

Banstead had overcome South Park 4-2 and AFC Wimbledon 6-5 on penalties. But the Aâ€™s had failed to win since then, losing four of their last five games, the latest Saturdayâ€™s 1-0 league defeat at Abbey Rangers.

But the Cards struggled to find their rhythm from the start and Kretzschmarâ€™s free-kick on 11 minutes which sailed over the bar set the tone for the evening.

Barely two minutes later Banstead were ahead after Owen Daviesâ€™ long throw was flicked on by Joe Cheesman to Giamettei who was bundled over by Morrison and referee Craig Hicks pointed to the spot. Giamettei dusted himself off and although his shot was well saved by James Dunn he slotted home the rebound.

Woking then had a rare chance at the other end but Gayleâ€™s free header from Nicky Wheelerâ€™s corner cleared the bar. The Aâ€™s doubled their advantage moments later when Giametteiâ€™s smart pass carved open the Cardsâ€™ defence and Morrison ran down the left flank and squared the ball to Geraghty to tap in.

Woking were next to try their luck as Allassani ghosted through the Banstead midfield and played Kretzschmar in with a superb through ball but the Cardsâ€™ No.10 put his shot wide of the left hand post. Then with the half drawing to a close Gayle spared Wokingâ€™s blushes further, clearing off the line from the dangerous Morrisonâ€™s piledriver.

Dyer had seen enough, ringing the changes at half-time, replacing Morrison with Jack Cook. The Cards immediately pushed forward in search for a way back into the game with Harvey Bradbury being felled by a heavy challenge from Matt Oâ€™Brien, but Hicks waved his penalty appeal away.

On 55 minutes Dyer hauled off the ineffectual Wheeler for Olu Durojaiye to get more of a foothold in the game. It almost paid instant dividends when Michael Kamara got on the end of Kretzschmarâ€™s teasing free-kick, but he put his effort wide.

His miss was to prove crucial as Banstead soon had their third goal. The surface didn't do The Cards any favours, as Dunn had a Gayle back pass bobble over his foot, leaving the New Zealander helpless as Morrison raced past him to put the ball in the back of the net on 65 minutes. The Aâ€™s almost had a fourth when Morrison fired an inviting cross across the goalmouth but no-one could get on the end of it.

Banstead skipper Joe Blendell then found his way into the book for a crunching tackle on Allassani before Wokingâ€™s late fightback. Jolley headed in Kretzschmarâ€™s high cross on 80 minutes to reduce the arrears before Skinner scored with a fine shot from 25 yards out. But with time ticking down it proved too little, too late as the Cardsâ€™ went out of the cup with a whimper.

Woking return to league action at home to promotion-chasing Chippenham Town on Saturday. Based on this performance they will have to up their game if they are to have serious aspirations of going up this season.

Man of the Match: Ian Gayle â€“ a rock at the centre of defence with another assured performance, winning all the headers and clearing his lines well