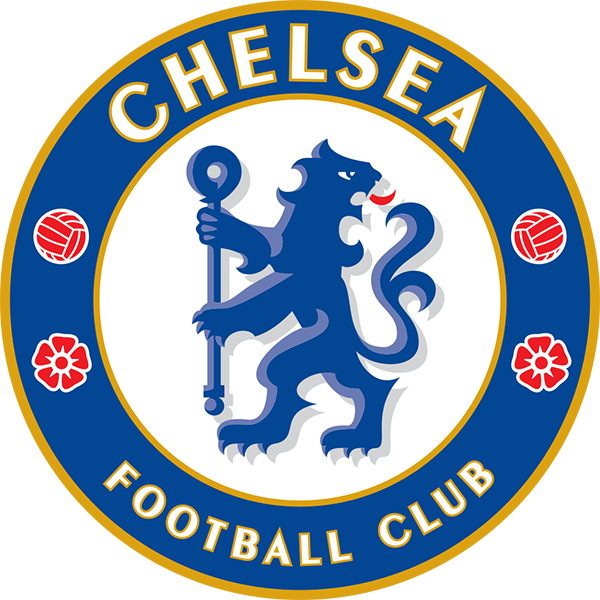 Dowse closing in on preferred squad as Chelsea come to town

The Cardsâ€™ pre-season fixtures continue to come thick and fast as new manager Alan Dowson and his team proceed to step up preparations for the new season. The start of our National League South campaign is now less than three weeks away, starting on Saturday 4th August away to East Thurrock United.

Woking put in two promising performances on Saturday during their double header against Spelthorne Sports and Sutton United, winning the former 2-0 thanks to goals from Declan Appau and trialist Kofi Halliday, before holding the National League side to a goalless draw. A condensed squad will now be reunited as the Premier League giants visit the Laithwaite Community Stadium.

If that werenâ€™t enough, earlier in the day the Woking management team will be running 50 laps of the pitch to raise additional funds for the playing budget, so come down early if you can to cheer on Dowse, Ian Dyer and Martin Tyler, who has just returned from the World Cup in Russia.

Dowse used an impressive 29 players across the two games last weekend; of the contracted players, only goalkeeper Berti Schotterl was absent, with Charlie Wassmer and Christian Jolley both making their first appearances in a Woking shirt.

Against Spelthorne, the Cards included Sam Mason, Duane Ofori-Acheampong and Reggie Young, in addition to Appau, Wassmer and Jolley. Trialists included returning academy players Dan Choules, Charlie Hester-Cook and Billy Mountague, as well as the familiar faces of Halliday and the towering Brandon Diau, who went off injured during the game. There were also a handful of new players with former Aldershot youngster Eoin Kirwan, Luke King and Ibby Akanbi getting a run out.

At Sutton, Josh Casey, Ian Gayle, Jack Cook, Nathan Collier, Nicky Wheeler and new signing Max Kretzschmar all started. Alongside them were Greg Luer, a trialist from Hull City who scored in our opening friendly against Fleet and has since joined the club, and midfielder Kane Ferdinand â€“ who played 50 times for the Cards last season. Full-back Dan Spence and winger Samson Maagbe also continued their trials, whilst Norwich academy goalkeeper Jake Hallett stood in between the posts. There were only four substitutes: midfielders James Dale and Paul Hodges, who scored against AFC Wimbledon last week, and strikers Nic Bignall and Carl Stewart, who missed a late chance to win the game for Dowseâ€™s side.

There is at least one new player who will be joining the squad for the Chelsea game â€“ striker Jake Hyde, who joined the Cards on Monday from Maidenhead United, and brings with him a vast amount of Football League experience with the likes of Barnet and York City. No doubt fans will be looking forward to seeing what our latest acquisition can do on Wednesday night!

As always with these kinds of fixtures itâ€™s difficult to know what kind of team the Blues are likely to put out. Last time the two sides met, in August 2010, Joe McNerney scored the only goal of the game as the Cards won 1-0 against a team including names such as Jamal Blackman, Conor Clifford, Rohan Ince, Jack Cork and Franco Di Santo â€“ who have all gone on to enjoy relative success away from Stamford Bridge.

With the Blues renowned for the depth of their academy setup it is a near certainty that some of the players on view will become starts of the future. The clubâ€™s Under-23 side already includes several interesting names â€“ Kylian Hazard, brother of Belgium stars Eden and Thorgan, Ivory Coast international Jeremie Boga, who spent last season on loan at Birmingham City, and England youth internationals Izzy Brown and Callum Hudson-Odoi, amongst many others.

Do come down if you can and see how the team is shaping up.

Wokingâ€™s second Pre Season Friendly at home took place on a humid evening and in front of a decent sized crowd for a warm up game. It would be generous to call the opposition an â€˜Under 23â€™ side; it was more of an â€˜Under 19â€™ outfit with a few slightly more senior players involved but nonetheless Woking dealt with the opposition in a positive manner.

Woking lined up in a 4-4-1-1 formation with Dowseâ€™s team seeming to take shape now for the season ahead. This was incidentally Martin Tylerâ€™s first outing in the Kingfield dugouts and he would surely be pleased with what he saw; the first half saw some fluid football from Woking, with a goal from a set piece and there was much to be positive about the way Woking defended in the second.

Early on the technical ability of the Chelsea youngsters was plain to see and they were very comfortable passing around at the back, however the Woking players were very much willing to press and this was typified by Duane Ofori-Acheampong. When winning the ball Woking were looking to move forward via the left flank with the partnership of Josh Casey and Nicky Wheeler looking particularly fruitful. The Woking forwards were not allowing the Chelsea keeper to pass short and were out battling them in the air.

The first clear chance of the game came in the 16th minute when a defensive mix up between Wokingâ€™s centre backs allowed Chelseaâ€™s impish number 8 (McCCornick) in, to put it away. Somewhat fortunately, he was flagged offside and the game stayed level. Up to this point the centre back pairing of Jack Cook and Ian Gayle had been promising with an understanding between them about who should stop and who should cover and this was evident again following this incident.

Billy Gilmour, another diminutive Chelsea player, taking up a deep lying playmaker role, was beginning to grow in influence but was unable to stop the good work coming through the Cardâ€™s left. Woking took the lead through their new number 9 in the 24th minute following a free kick from the left not far out of the box lofted in by Max Kretzschmar and won prior to this by Wheeler. Ofori-Acheampong (who was seemingly a foot taller than most of the Chelsea team) nodded in confidently after getting in front of his man at the front post. The aftermath of this saw good work again from Casey in the left back position with his assurance on the ball and tidy passing but Chelsea had a great opportunity around the 30th minute mark that should have been the equaliser; a searching cross was sent across, this time from Wokingâ€™s left and found Daishawn Redan free in the centre who volleyed against the crossbar.

Wokingâ€™s best move of the game came on the 40 minute mark where a good series of movements and interchange through defence and the middle of the park allowed space for Wheeler to get a shot off, which was not near the target but was great to see in terms of the build-up play.

The Cards were probably glad to hear the half time whistle as they were on the back foot towards the end but were keeping their shape and pressing effectively. A few minutes before half-time Schotterl made a fantastic saved from a deflected shot that went down to his left; he was initially wrong footed and the deflected effort from McCornick looked to be going in but a great stop prevented this. It was an engaging first half with either keeper not having much to do with some good play from both but Woking had made their greater physicality felt when it mattered. It is worth noting that Jolley had been playing in a central midfield role alongside Ferdinand, a surprise to most as he is generally thought of as a winger but he played very well in CM.

Chelsea made a few changes at half time; Wakefield, McEachran and Feruz on for Lavinier, Gilmour and Brown and their captain Dabo had moved from right to left back. Woking made a number of Subs at 50â€™ minutes with Jake Hyde, Fabio Saraiva, Reggie Young and Paul Hodges on for Greg Luer, Jolley, Ofori-Acheampong and Kretzschmar. The starting pattern was similar to the end of the half before it with Chelsea dominating possession and it felt a goal was coming. Shortly after the Woking subs, a ball was rolled across from Wokingâ€™s left and scuffed towards goal by Feruz, beating the keeper but somehow cleared off the line.

The Cards seemed a little unsteady after their changes and had lost some of their â€˜steelâ€™ from the previous half but were still keeping their shape nicely, something that has evidently been worked on studiously on the training pitch. Chelsea were winning a good number of free kicks and corners but were not making these count, they were looking to get through Wokingâ€™s midfield with through balls over the top from their defence and it is a credit to Wokingâ€™s midfield players that this was the tactic the opposition were beginning to employ. Castillo, a pacy left winger for Chelsea, was having an increasing influence on the game but the Woking players were looking to break on the counter but were missing the physical presence of Ofori-Acheampong up top to hold the ball up.

Up to around the 70â€™ mark Chelsea were dominating possession but not really making any clear chances, the persistent harrying of Wokingâ€™s Hodges and Hyde was a notable feature and their work rate was impressive. The same could also be said of Young who ran and ran, and did a lot of good work defensively as well as offering an outlet on the right wing. Around this time Decla Appau and Kofi Halliday came on for Ferdinand and Wheeler, after Chelsea made 3 further subs. Woking were beginning to fall deeper defensively, this was recognised by the talismanic Gayle who was talking to his defence throughout.

Woking had their only chance of the half in the 80th minute through Appau; the ball was thrown in from the right mid-way up the oppositionâ€™s half to Young who turned and spun confidently before shooting with his left towards the bottom left of the goal. Chelseaâ€™s keeper had an obstructed view of this and made a late claw towards it resulting in a corner. There was another shot from Appau towards the end and Woking definitely seemed more composed in the last 15 minutes.

Overall, the result was a little lucky for the Cards but this was a good performance and there were plenty of positives to take from the game. Casey, and the defence more generally looked excellent and it would be fair to assume that the team wonâ€™t be conceding too many in the season ahead! The build-up play at times was very assured and Ofori-Acheampong looks like a player who could cause a lot of problems for opponents. On a day where Dowse and his management team had run 50 laps around the pitch, they should be encouraged by the willing running of their side. It was also great to see younger Woking players coming on and not looking out of their depth against players who had come through a Premier League Academy. Dowse and his players now look ahead to the home game against Salford and Saturday and excitement builds for the season ahead.

Man of the Match: Josh Casey, stood out as defensively and creatively in the first half and was composed throughout.