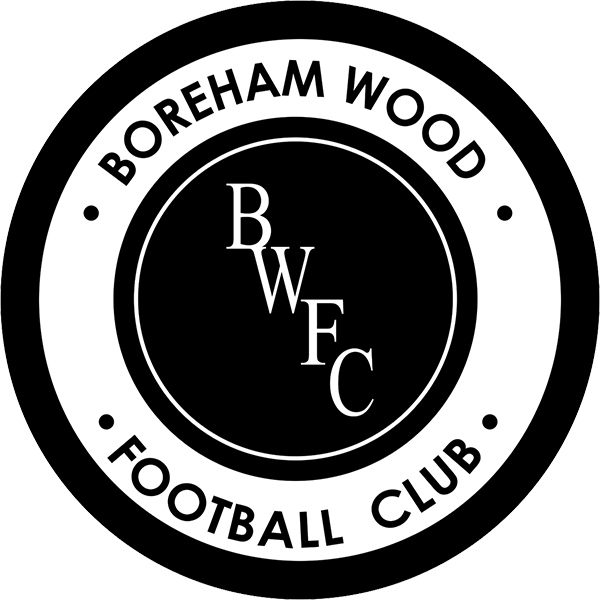 The Cardsâ€™ disappointing defeat at North Ferriby United last Saturday makes it even more crucial that they gain all three points this weekend when Boreham Wood, with ex-Cards Mark Ricketts and Bruno Andrade in their squad, visit the Laithwaite Community Stadium. Get down there early to take advantage of the opportunity to put questions to the Board, to take advantage of the offer on draught beer in the Cardinalsâ€™ Bar and to watch the Middlesbrough v Manchester City FA Cup tie!

The narrow, and perhaps unexpected, win over Dover Athletic encouraged hopes that the Cards could grab three more points at North Ferriby and put more distance between themselves and the bottom four. But the Villagers, also fighting for survival, came out on top, leaving Garry Hillâ€™s side only two points above 20th-placed Torquay United, who have a game in hand. Once again, therefore, the Cards slipped up against a team around them. In their eleven games to date against teams currently in the bottom eight, Garry Hillâ€™s side have won three, drawn four and lost four. Worryingly, too, York City, like North Ferriby, are showing plenty of signs that theyâ€™ve got the ability and determination to clamber out of the bottom four. Garry Hillâ€™s prediction that the fight will go to the last day of the season is looking ever more prescient.

Garry Hill will have Delano Sam-Yorke, back from his successful loan spell at Maidstone United, available for selection â€“ assuming the Club doesnâ€™t accept Maidstoneâ€™s bid for his services in the meantime! â€“ and Keiran Murtagh will return, having now served his two-game suspension.

The Wood did well to survive a testing first campaign in the National League last season, winning their final three games to escape the drop. Boosted by their decision to go full-time, they set about a marked strengthening of their squad in the summer.

Apart from Mark Ricketts, appointed captain, and Andrade, manager Luke Garrardâ€™s summer captures included two players who were part of the exodus from Braintree Town: Iron skipper, midfielder Kenny Davis, and defender Matt Paine. Other new arrivals included keeper Grant Smith from Bognor Regis Town, whose impressive form has since gained him an England C cap; left back Feli Ilesanmu from York City but also with over 100 appearances for Dagenham and Redbridge on his CV; striker Angelo Balanta, seven years with QPR but most recently at Carlisle United; Morgan Ferrier, a powerful young striker whose clubs have included Arsenal and Watford but who was with Bishopâ€™s Stortford and Hemel Hempstead last season and who has since been selected for the England C side; and Daniel Uchechi, a Nigerian U23 international forward, who was playing in Sweden last season but has spent time with West Ham and Leicester City amongst other top-flight clubs.

Players on loan include Anthony Jeffrey, who returned for a fourth spell after having been sold to Forest Green Rovers in January last year.

There has been much recent publicity about the future of Academy skipper and England Colleges captain, 17-year-old central defender Ben Goodliffe, one of a number of gifted players coming through Woodâ€™s very successful Academy scheme.

The Wood started the season very strongly and looked as though they might challenge for a play-off place but their recent form has been poor, with only one win in their last 14 league games. A particular problem has been in scoring goals, especially at home, with only seven scored in those games and none in their last four games, although they did knock in five past Sutton United at home in an FA Trophy 4th Round replay. Last Saturday they drew 0-0 at home with Braintree Town, with Ricketts starting and Andrade coming on from the bench. Away from home, Boreham Wood have won five league games, drawn five and lost eight, scoring 20 goals and conceding 23.

The Club Board will be in the Cardinalsâ€™ Bar from 12 noon for an hour, ready to answer any questions from supporters. As a further encouragement, all draught beers will be on sale at Â£2 a pint from 12 noon till 2pm, and the FA Cup tie between Middlesbrough and Manchester City (kick-off 12.15pm) will be on the big screen. Stay on after the game, too, to watch the tie between Arsenal and Lincoln City (kick-off 5pm).

The game will not be segregated, so Wood fans will be very welcome to join home fans in the Cardinalsâ€™ Bar.

There will be a bucket collection at the game to raise money for Alix Manders, who requires life-saving immunotherapy. For more information about Alix please visit the fundraising page atÂ https://www.youcaring.com/alixmanders-756620Â orÂ http://www.getsurrey.co.uk/news/surrey-news/woking-mum-terminal-cancer-told-12617892

This defeat at the hands of an impressive Wood side made it seven league games without a win for Garry Hillâ€™s struggling team. They started strongly enough, taking the game to the home side, and deservedly took the lead in the 20th minute, Joey Jones powerfully heading home Nathan Ralphâ€™s cross. This stung the Wood into action and the Cards found themselves increasingly under the cosh as their opponents attacked with pace and menace down both flanks.

The Cards managed to retain their lead till half-time, thanks to some wayward finishing and some last-ditch defending, but the Wood stepped up another gear after the break and quickly rattled in goals from Angelo Balanta and (inevitably) Bruno Andrade.

Fabio Saraivaâ€™s clever free-kick towards the end, which struck the woodwork, nearly rescued a point but there was no doubt about which team was the strongest on the day.

The Cards are away to Guildford City in the Surrey Senior Cup on Wednesday 15 March. They then travel to Gateshead on Saturday 18 March and Braintree Town on Tuesday 21 March. (Put your name down on Saturday if youâ€™d be interested in travelling on a coach to either of these games.) Wokingâ€™s next home game is on Saturday 25 March when Maidstone United are the visitors in what looks like another â€˜six pointerâ€™.

A point is not enough

The Cards slipped back into the relegation places this afternoon, Torquay Unitedâ€™s away win at Southport taking them above Garry Hillâ€™s side on goal difference. Torquay â€“ like Maidstone United, two points above â€“ have a game in hand, so the Cardsâ€™ position looks even more perilous potentially. With two away games, at Gateshead and Braintree Town, coming up, the Cards could desperately do with an upturn in their miserable away form before they meet Maidstone in what looks like a crucial encounter on 25 March.

The Cards and the Wood took the field in warm sunshine, more like May than March, though it did cloud over later. Delano Sam-Yorke, the subject of a failed bid from Maidstone following his loan spell there, started up front with Gozie Ugwu, Max Kretzschmar making way. Keiran Murtagh returned to midfield and, perhaps surprisingly, Joey Jones found himself on the bench, alongside the new loan signing, 17-year-old striker Ben Morris from Ipswich Town. For the visitors, on a recent poor run of form, Mark Ricketts filled his usual midfield defensive role, whilst the mercurial Bruno Andrade was among the substitutes.

An incident-free opening, with neither side able to string more than a few passes together, presaged much of what was to follow in the first half. There was no lack of effort or commitment from Garry Hillâ€™s charges, as some effective defensive work attested, but the Wood seemed to be more successful in gaining the second ball, with the wily Kenny Davis always prominent.

It was a good 15 minutes before the Cards mounted anything resembling a flowing attacking move, but Chris Arthurâ€™s pull-back was behind the strikers and there was no one moving into space. The next ten minutes produced a couple of half-chances for Boreham Wood, with a cross just eluding Davis at the far post and Ben Nunn putting a free header well wide.

Around the half-hour mark the Cards put a better spell of play together. A decent cross from Keiran Murtagh, looking a little rusty after his lay-off, led to a couple of corners, but these were well defended by the solid Wood defence. Another corner was gained from nice interplay between Murtagh and Fabio Saraiva but Murtaghâ€™s ballooned effort from the clearance ended that period of play.

As usual, Woking relied heavily on Jake Caprice for an attacking outlet but, in the opening half at least, he was not able to make much headway.

A poor half ended with a somewhat reckless Murtagh pass out of defence being intercepted, Davis then putting a free header over the bar in what was probably the best chance of the game to date.

The second half started in a similar vein with Ismail Yakubuâ€™s optimistic attempt to find Caprice leading to a Wood attack which ended with Femi Ilesanmi shooting well over.

But the mood changed suddenly as Woking produced a classy attacking move. An excellent break out of defence saw Caprice feed Saraiva in the centre, who flicked on to Kane Ferdinand, arriving in the box. The midfielder connected well but the Wood keeper, Grant Smith, produced a fine save to deny him.

The Cards continued to press as Caprice was fouled just to the left of the area. Saraivaâ€™s free-kick was ferocious but was always going just too high to trouble Smith. Caprice then went on a terrific run, jinking his way into the box before his shot was blocked. The spell of pressure ended with a Murtagh effort which flew high over the bar.

The visitors brought on Bruno Andrade and Angelo Balanta for Tom Hitchcock and Jason Williams about 20 minutes into the half, with Balanta soon in action, blasting high and wide.

The busy Caprice ran out of room in another foray down the right flank before a hobbling Mark Ricketts left the field to warm applause from home and away fans alike, Ricky Shakes taking his place.

As the game opened up, a Wood break looked ominous as both Davis and Nunn were left unmarked for a cross to the far post. Fortunately, Davis fluffed his effort, with Balanta, following up, shooting just wide of Michael Pokeâ€™s far post.

With some 15 minutes to go, Garry Hill brought on Kretzschmar for Saraiva and Morris for Sam-Yorke, who had worked hard but who had not been given even a sniff of goal by a dominant Wood defence.

It was Terell Thomas, again having an excellent game at the back, who now seemed likeliest to create an opening as he strode forward on a couple of occasions, but Ugwu strayed offside for the final pass in the box, while another attack petered out.

It was then Capriceâ€™s turn once more to threaten as he made a thrilling run out of defence, ending again with a blocked effort on goal.

As Woking pressed forward, they began to look more vulnerable at the back. A clever piece of quick footwork by Andrade led to a shot which was blocked at the near post and then Arthur managed to clear off the line a follow-up from Balanta.

After a couple of Wood corners, thankfully survived, Woking attacked in a promising interplay between Ugwu and Morris but, as so often, the move broke down on the edge of the area.

Into four minutes of added time, a loose clearance by Brian Saah led to a final Wood corner. A goal looked certain as an almighty scramble ensued in the Woking box but, somehow, the ball was cleared and the Cards emerged with a point still intact.

This was a game which the Cards might have won but, equally, they might well have lost it at the death. A point was probably fair but a win was what was really needed in Wokingâ€™s situation.