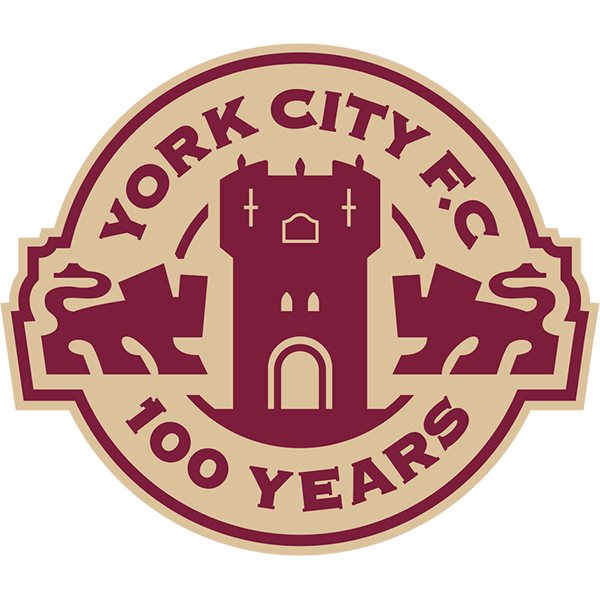 Cards must build on encouraging signs

With only one point from their opening five games, the Cards will be desperate for some joy over the Bank Holiday. There were encouraging signs in the second half against Dagenham and Redbridge last weekend but the side will need to defend better if they are to give themselves a fighting chance at York City on Saturday and at home to Chester on Monday.

Not surprisingly, Garry Hill was frustrated by Wokingâ€™s performance against Dagenham. Poor defending saw the Cards concede three goals in the first 19 minutes in spite of a brief bright opening spell. The side then dug in to keep the scores level till half-time and then took the game to Dagenham after the break. Anthony Edgar scored a fine goal to reduce the deficit and the Cards came very close on several occasions to grabbing a second goal â€“ which would have made things very interesting. As it is, the Daggers saw the game out to claim all three points, but the Woking players left the field to warm applause from a good number of Woking fans who had appreciated the way the side had fought back in the second half.

Garry had made a number of changes to the line-up, including the introduction of Charlie Penny up front. Charlie made some excellent runs behind the Daggersâ€™ defence and posed quite a threat, although he might have benefited from more support. Anthony Edgar came into midfield and deservedly won the â€˜man of the matchâ€™ award, while young Charlie Carter contributed well alongside him. Max Kretzschmar started too and, while he looked a bit short of match fitness, got stuck in. Fabio Saraiva, introduced at half-time, showed again that he has considerable promise, and Gozie Ugwu looked lively when he came on. So, there were indeed some encouraging signs in spite of the disappointment of another home defeat.

Following their relegation at the end of last season manager Jackie McNamara has virtually completely overhauled the Minstermenâ€™s squad. With the considerable assistance of parachute money, he has been able to make over 20 signings this summer, with the aim of having two players available for every position. (How Garry Hill would love that luxury!) The best known are probably the returning Richard Brodie, who scored 34 goals in his previous spell at the club in 2007-10 before a big money transfer to Crawley Town and who turned out for Aldershot Town and Stockport County last term; new captain Simon Heslop, a midfielder with over 300 appearances for a host of clubs, including Luton Town; midfielder Yan Klukowski, signed from Newport County and formerly with Forest Green Rovers; Clovis Kamdjo, a midfielder who has previously impressed against us when playing for Salisbury City and, last season, for Boreham Wood when on loan from Forest Green Rovers; and central defender Matt Fry, one of many players lured away from Braintree Town this summer.

McNamaraâ€™s Scottish background is evident in the fact that he has also brought in several players from clubs north of the border, including winger Aidan Connolly, who played briefly under McNamara at Dundee United, and defender Alex Whittle, who was previously at Dunfermline Athletic but who has played since for AFC Telford and Southport. In addition McNamara has raided Boston United for two promising young players, wingers Kaine Felix and Franklyn Clarke.

Simon Heslop was sent off last Saturday and will therefore miss this match.

The Minstermen have had a relatively disappointing start to the season, with one win, two draws and two defeats, including a 6-1 hammering at Gateshead:

The Cards Trust has announced that it has cancelled the planned coach because there were too few bookings.

A1 from the South

The guidance re parking is as follows:

There is no parking at the ground and very limited street parking around the ground. The two nearest car parks are:

This is located on Bootham and is around 800 yards from the ground.

This is located on Bootham and is around 800 yards from the ground.

This is located on opposite York St Johnâ€™s University on the B136 and is around 800 yards from the ground.

The main station is York, which is situation in the centre of York, around one mile from the ground and a 20-minute walk.

- Take a left out of the station and follow the road down over the river.
- Just before you get to York Minster take a left past the Theatre Royal.
- Take the next left down Bootham
- Continue up Bootham and take a right on Bootham Crescent after the Churchill Hotel

Away fans enter Bootham Crescent through turnstiles 14 to 23 in Grosvenor Road, with visiting supporters housed predominantly in an uncovered terrace which is situated behind one goal.

There are also additional covered seats available to away fans in section U of the Popular Stand, immediately to the right of the Grosvenor Road End and running along the side of the pitch.

Admission costs Â£18.00 for adults and Â£12.00 for concessions with a Â£1 charge to transfer to the covered seating.

The Cards are at home to Chester on Bank Holiday Monday, 27 August 2016, with a 3pm kick-off. Come down to the Laithwaite Community Stadium and cheer them on to their first home win!

Four home strikes in barely 17 minutes stunned Woking at Bootham Crescent on Saturday, an early Gozie Ugwu â€“ his first competitive strike for the Cards â€“ quickly forgotten amid the onslaught that followed.

Garry Hillâ€™s winless visitors proved vulnerable while in front, and within a minute strike threat Richard Brodie had wiped their lead out, with far worse to follow.

Thankfully the home scoring was over before the half-hour mark â€“ as was the case in the 3-1 home defeat by Dagenham & Redbridge last weekend. But while the Surrey side looked better after the break, they had nothing to show for their endeavours and can have no complaints at a fifth defeat from six games.

It all started promisingly, Hillâ€™s team overcoming early pressure â€“ Joey Jones heading away a deep cross, the next raid quickly closed down, then Briah Saah clearing the follow-up attack â€“ before going ahead against the run of play.

Zak Ansahâ€™s delivery from halfway set Ugwu away, the striker keeping his nerve as he advanced then coolly firing past Kyle Letheren.

But if there was a secret hope that the Cards were on their way to that elusive first victory, it was soon forgotten, Brodie given too much time on the ball on the edge of the area, firing home a ninth-minute equaliser.

Four minutes later the Minstermen were in front, the visitors again standing off as Yan Klukowski unleashed a cracking strike from all of 30 yards.

It was difficult to keep up, Woking scorer Ugwu - suffering after an earlier incident the physio was monitoring â€“ replaced by Charlie Penny within 16 minutes, the visitorsâ€™ fragility apparent as Aidan Connolly took charge, the diminutive Scot running the Cards rampant.

It was from a Connolly corner that Jake Wright made it three, touching home after captain Matt Fryâ€™s diving header on 20 minutes, the defence static again.

Wright was quickly in on goal again, but the flag was raised for offside, while at the other end a Jake Caprice free-kick found Jones, but he couldnâ€™t get a clean finish, further frustration following as the Cards defender hesitated too long with a clearance at the other end and Wright robbed him before teeing up Connolly for an easy fourth on 26 minutes.

Alex Whittle and Wright continued to stretch Woking from the Minstermenâ€™s left flank, the visitors struggling to make any impact in the opposition half.

A Shaun Rooney centre from the right led to a fine reaction save from Poke, Connolly continuing to pull the strings as the Cards failed to make headway in midfield.

Poke got down well to a drilled Connolly effort after another home surge, while as Woking hit back Caprice and Saraiva exchanged passes but couldnâ€™t get a meaningful shot in.

Saah cleared the next Connolly corner after Matty Dixonâ€™s finish was deflected behind, Connollyâ€™s next set-piece coming to nothing.

Penny had half a chance on the left of the goal area but was shepherded out, with Klukowski and Connolly almost in again in added time, Hill and Steve Thompson no doubt relieved to have their players back in the dressing room.

A fresh change followed for the second half, Max Kretzschmar replacing Anthony Edgar and Woking first out of the blocks, although Nathan Ralphâ€™s cross-shot was no problem for Letheren.

The new subâ€™s next free-kick also caused concern, five Woking players in a crowded box somehow failing to get a killer touch, the referee finally spotting a foul.

Ralph made a sharp run down the left but couldnâ€™t beat his marker, while centre-half Rooney showed composure to head away the next Kretzschmar free-kick.

As York countered, Jones lost out to Brodie in dangerous territory, the home marksman firing across the area but with no one able to convert, the ball deflected for a corner that Woking also survived.

Caprice made a strong run down the right flank, but couldnâ€™t quite find Penny â€“ more of a handful now - in the middle, Jones going close from the resultant corner and Kretzschmar having another half-chance.

Poke soon had to turn away home sub Scott Fenwickâ€™s drill after a Connolly-orchestrated move, while the Cards came close again as Murtagh put away third sub Chike Kandi, but his finish wasnâ€™t strong enough to wrong-foot Letheren.

A neat Saraiva volley took a deflection, Woking again unable to find a way through from Kretzschmarâ€™s resultant set-piece, while York sub Reece Thompson tested Poke with a volley.

Charlie Carter, also starting to make an impact, was at the heart of a Cards move that was finally snuffed out, Jones having to head away as the hosts countered.

Hopes of a consolation followed as Carter and Penny combined, with another Saraiva volley tipped away down low by Letheren and a further Cards corner also repelled.

Finally, Kretzschmarâ€™s low cross evaded everyone in the six-yard box, reflective of second-bottom Wokingâ€™s fortunes in front of goal this August.

But at least the Cards have a chance to bounce right back when 16th-place Chester â€“ 4-0 home winners over Sutton United on Saturday â€“ visit the Laithwaite Community Stadium on Bank Holiday Monday, August 29th, with kick-off at 3pm.

My MOTM: Max Kretzschmar â€“ on another day to forget for Woking, former Wycombe midfielder Kretzschmar at least gave the travelling faithful future hope with a series of set-piece deliveries as a second-half substitute.