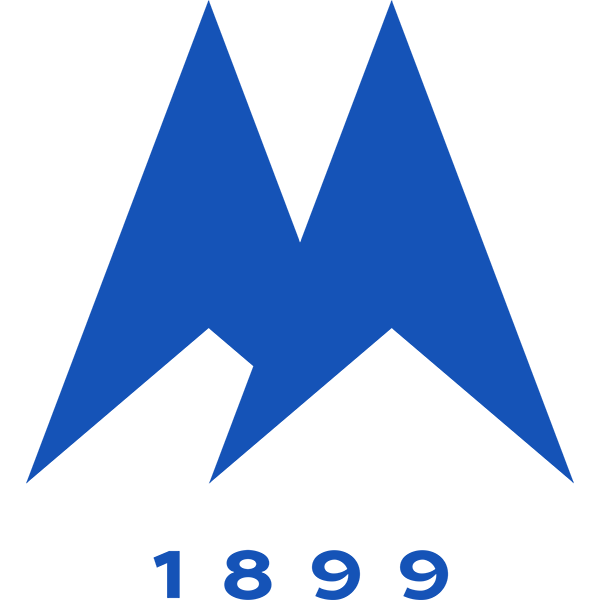 Cards aim to make it two

The Cards returned to form on Saturday with a decisive 3-0 away win at FC Halifax Town and will be looking to build on that on Tuesday evening when they take on Torquay United with the aim of completing the double over the Devon side. But the Gulls ended their own even worse run on Saturday and, under new player-manager Kevin Nicholson, will also be looking to make it two in a row. Come on down to the Laithwaite Community Stadium to cheer on Garry Hillâ€™s side to another win!

Garry Hill was clearly very pleased with Wokingâ€™s performance on Saturday, emphasising the energy, commitment and desire which were so notably missing against Southport a week previously. He also pointed to the fact that Mark Ricketts and Joey Jones were further along the road to full match fitness and that Chris Arthur was able to return from injury. He mentioned, too, the reintroduction of Kadell Daniel and the fact that there was more movement up front and better service to the front players. Dan Holman returned to goalscoring form, notching two, including a â€˜wonderâ€™ strike, while John Goddard was also on target with an excellent free-kick.

Garry and Woking fans will be very much hoping that the side can carry through this return to form to Tuesdayâ€™s game.

The Gulls have had well-publicised financial problems, with substantial budget cuts no doubt being the primary cause of a miserable start to the season. A false sense of optimism was induced as the Gulls won two of their opening three fixtures but Wokingâ€™s away win in the fourth game was the beginning of a twelve-match sequence without a win. The nadir was a 7-3 home defeat by Bromley. Former Mansfield manager Paul Cox resigned, with club legend Kevin Nicholson being appointed as player-manager.

The Gullsâ€™ win at Southport, Nicholsonâ€™s third game in charge, ended a losing sequence of five games. Alex Fisher scored from a set piece in the first minute and it sounds as if Torquay ought to have been well ahead by half-time. As it was, they had to withstand some home pressure after the break before coming away with all the points. However, Southport clearly put on a poorer display than on the previous Saturday, with manager Paul Carden contrasting the desire they showed then with that against Torquay.

Make sure you get your copy of the Clubâ€™s excellent 64-page matchday programme. Features include a profile of Paul Merson, Guest of Honour in the Geoff Chapple Lounge, Mark Rickettsâ€™ thoughts on the recent dip in form and a report from the New Zealand branch of the Woking FC fan club. Thereâ€™s also a look at whatâ€™s been going at other National League clubs; and news from the Cards Trust, plus match previews, reports and the usual superb match action photos.

The last-minute winner from Ismail Yakubu at Plainmoor was sweet revenge for being on the receiving end in similar fashion last season.

The Cards had to survive a â€˜stickyâ€™ patch midway through the first half when Jake Cole was forced to save well from Alex Fisher, who might also have had a penalty after what looked like a tug from Yakubu. But the Cards recovered to offer the greater threat leading up to the break and immediately afterwards.

Torquay seemed to be unsettled, rather than energised, by an extraordinary, self-induced, mix-up over a substitution, with Paul Cox ordered from the bench. Home keeper Fabien Speiss made a superb save from Joey Jones but was unable to prevent Yakubu scoring in the 90th minute as he crept up at the back post to decisively head in Kadell Danielâ€™s fine corner.

Woking had to endure seven minutes of added time before they celebrated their third win in a row following the disappointment of the opening day loss at Tranmere.

The Cards have another attractive home game this Saturday (17 October) when Wrexham are the visitors.

P.S. Listen out for tomorrowâ€™s FA Cup draw to see who Woking will be playing in the Fourth Qualifying Round on Saturday 24 October.

The Cards needed a late goal from man-of-the-match Dan Holman to rescue a point against struggling Torquay, after the cash-strapped Gulls produced an impressive second-half performance to leave their hosts struggling.

It all seemed fairly easy for the home side early one, with Kadell Danielâ€™s superb left-footed opener inside two minutes preceding a host of further chances.

However, the visitors fought back bravely â€“ playing some decent football despite their recent record â€“ and were rewarded shortly after half-time when Courtney Richards picked out the top corner.

Tyrone Marsh then gave Torquay a shock lead from the penalty spot, after he himself was brought down by goalkeeper Jake Cole, before Holman spared Wokingâ€™s blushes with a clever turn and finish five minutes before time.

Garry Hill and Steve Thompson named an unchanged team from Saturdayâ€™s comprehensive 3-0 win over Halifax â€“ a result which ended a run of four consecutive defeats â€“ and the teamâ€™s boosted confidence was clear to see in the opening twenty minutes, as the Cards dominated the early stages.

Torquay also came into the game off the back of a win â€“ a 1-0 victory against Southport â€“ a result which ended their desperate run of twelve matches without success, but they were quickly behind on a chilly Tuesday evening as Daniel cut in from the right-hand side and floated an exquisite finish past Gulls stopper Fabian Speiss and into the top left-hand corner.

The Cards â€“ particularly dominant down the right through Daniel and full-back Jake Caprice â€“ continued to carve out promising openings during the first half-hour: John Goddard saw a promising run and shot deflected behind for a corner, Keiran Murtagh forced a decent save from distance, and Holman was unlucky not to profit after Capriceâ€™s fine low cross evaded everyone as it sped through the visitors' penalty area.
Daniel also went close to a second of his own â€“ with only a slight deflection, which diverted a long-range effort on to the outside of the left-hand post, likely saving Speiss a trip to pick the ball out of the back of his own net.

But despite barely making an impression for the first third of the game, it was Torquay who ended the half the stronger, as Cole was forced to save from James Hurst and player-manager Kevin Nicholson before the refereeâ€™s half-time whistle blew.

Sadly, the Cards did not learn their lesson from the nervous moments they experienced towards the end of the first period, and within ninety seconds of the second-half starting they found themselves pegged back â€“ with a goalmouth scramble eventually being laid back to Richards on the edge of the area, who had all the time in the world to pick his spot in the top right-hand corner of the net.

Buoyed by their goal, the start of the second-half went almost completely in favour of Torquay: Harry Hickford headed wide, Alex Fisher forced a save from Cole, Richards missed the target from close range and Simon Heslop caused a whole host of problems in the Woking penalty area with a hugely dangerous cross â€“ all in a fifteen minute period.

The introduction of Bruno Andrade, on in place of a limping Goddard, gave the Cards a much needed lift and some fresh impetus out wide. Indeed, the winger may well have had a penalty after taking a tumble in the area, only for referee John Busby to wave away the protests from players and fans alike.

Hillâ€™s side were committing more and more men forward in search of a winner, but ultimately paid the price as they were caught on the break. A Woking corner was quickly cleared by Torquay and within a blink of an eye, substitute Tyrone Marsh was through on goal.

A particularly heavy touch, just as he entered the Cards penalty area, looked briefly to alleviate the danger for the home side as Cole came out to meet the onrushing striker â€“ but the No. 1 didnâ€™t quite time his dive correctly and provided the slight touch that Marsh needed for him to throw himself to the ground.

The striker hauled himself to his feet and confidently converted the penalty himself, finding the bottom left-hand corner to give the visitors a shock lead.

Thankfully, the Cards were quickly stung into action â€“ and with the Gulls already sitting back in an attempt to defend what they had won, another goal in an entertaining game always seemed likely â€“ and so it proved when Holman spun neatly in the penalty area and slotted the ball past a helpless Speiss to deservedly secure his team a point.

The home side continued to push forward in search of a winner, but it was Torquay who almost snatched all three points at the death, as another quick break ended with late substitute Fergus Bell snatching at a chance from just inside the Woking penalty area and sending the ball flying over the crossbar â€“ much to the relief of the home fans.

Ultimately, it will go down as a disappointing night for the Cards, who have now taken just four points from six games. The potential injury to John Goddard â€“ arguably our best player this season â€“ will be a huge worry, and we will have to hope that he wasnâ€™t badly hurt, having originally picked up the knock in the first-half before limping off ten minutes into the second.

There were positives to be had in the performances of Holman, Daniel and â€“ in the latter stages â€“ Andrade, who caused plenty of problems going forward, but the result now places an even greater emphasis on Saturdayâ€™s next game, at home to Wrexham, with the Cards now five points adrift of the play-off places â€“ albeit with a game in hand on most of the teams above them.

Sponsor's MOTM: Dan Holman â€“ Worked hard up front, often for little reward, and took his chance brilliantly when it finally came his way in the closing stages. Always puts in a good shift whilst leading the line.