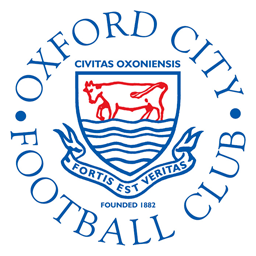 The Cards will be hoping to â€˜finish the jobâ€™ (in Garry Hillâ€™s words) on Tuesday evening, having let slip a 2-0 lead on Saturday in the Second Round of the FA Trophy. Whoever wins the tie will be at home to in-form Dover Athletic in the next round on 24 January. Come on down to Kingfield tomorrow evening to cheer on the Cards!

Woking dominated Saturdayâ€™s game in the first half and in the early part of the second half, taking a 2-0 lead through Kevin Betsy and substitute John Goddard. They had opportunities, too, to extend that lead but failed to take them. A dubious penalty in the 70th minute gave City a lifeline, which they grabbed only four minutes later with a header from defender Declan Benjamin.

Mark Ricketts was on the bench on Saturday but, as at Gateshead, did not figure in the game.

City lie 9th in the Conference North, one point below the play-off places, and are clearly a team to be reckoned with on current form, being beaten only once in their last nine league and cup games: a 4-0 defeat away at Leamington on Boxing Day, which was avenged by a 3-1 win on New Yearâ€™s Day at Cityâ€™s ground. The â€˜danger manâ€™ is undoubtedly Adi Yussuf, second top scorer in the Conference North with 15 goals. He also netted two in Cityâ€™s 3-0 defeat away at Wimborne in the First Round of the Trophy, following Cityâ€™s 6-1 defeat of Lewes in the Third Qualifying Round. Yussuf is a 22 year-old Tanzanian who came up through Leicester Cityâ€™s youth set-up before having spells at Tamworth, Burton Albion and Lincoln City amongst other clubs.

Manager Justin Merritt has said that Oxford can play a lot better than they did on Saturday â€“ so the Cards must not think that theyâ€™ve seen the best that City can offer.

The two sides last met competitively as long ago as the 1987-88 season in the Isthmian League Division One. Woking won both games: 3-0 at home on Boxing Day and 4-2 away on 9 April 1988. Chris Youlton scored two goals in the latter fixture.

Season ticket holders are reminded that this is an â€˜all payâ€™ game.

Donâ€™t forget to pick up a copy of the matchday programme on Tuesday night,including match reports, previews and news of the Clubâ€™s commercial initiatives. If you canâ€™t get to the game, you can order a copy from the Club Shop on shop@wokingfc.co.uk

The Cardsâ€™ next game on Saturday 17 January, at home to Bristol Rovers, should attract one of the biggest crowds of the season as Bristol Rovers, no doubt with a huge following, visit Kingfield. Make sure you are there!


Woking came from behind to progress into the third round of the FA Trophy thanks to a thunderous 25-yard strike from John Goddard.

Josh Payneâ€™s curling free-kick pulled the Cards level in the 34th minute after Oxford City defender Alejandro Adrian Santiago was given a straight red card for a pull-back on Dean Morgan.

The Conference North side shocked Kingfield Stadium by taking a third-minute lead thanks to Greg Pearsonâ€™s close-range conversion which caught out the Woking defenders. The home side slowly got themselves back into the contest and the gameâ€™s direction was dramatically altered when referee Nigel Lugg sent off Santiago for denying a goal scoring opportunity and Payne converted the free-kick seconds later.

Woking will face Dover Athletic at home in the third round of the FA Trophy on Saturday 24th January.

After Garry Hillâ€™s men had been pegged back from 2-0 up in Oxfordshire, the two sides faced each other on a chilly Tuesday night for their second round replay.

Woking got off to a horror start as Oxford City scored with their first attack of the match. The Cards' backline failed to react to a quick low cross to the front post and Pearson drilled home from six yards, giving Jake Cole no chance.

The home side finally got going after ten minutes of Oxford City domination, when Jack Marriott lashed narrowly over from the edge of the box. A long ball forward from Adam Newton was excellently controlled by Dean Morgan and he shifted it to Marriott on the left wing. The striker ran with menace at the City defence but his effort failed to test goalkeeper Salva De La Cruz.

The Cards started to grow into the game with Josh Payne and Kevin Betsy linking well in midfield. A cute chipped through ball from Marriott sent Betsy down the right flank and his cross was met well by Goddard, who headed just past the right-hand post.

The cup tie was turned on its head just past the half hour mark, however, when Santiago was given a straight red card for hauling back Morgan on the edge of the penalty box when he was through on goal. Despite the Spaniardâ€™s protests, presumably on the grounds that he wasn't the 'last man', the referee wasnâ€™t moved and the visitors' defender trudged off disconsolately.

Moments later from the resulting free-kick, midfielder Payne slotted a delicately weighted curling effort into the left-hand side of De La Cruzâ€™s goal for the equaliser.

With the Conference North side a man down, Woking totally controlled the rest of the half and continued to test De La Cruz.

Joey Jones and Goddard tore through the right side of Cityâ€™s defence, which had a Santiago-shaped hole in it, and the ball fell to Marriott on the edge of the six yard box. The young forward smashed a fierce effort towards goal but his shot was palmed away by the goalkeeper.

The Cards picked up where they had left off in the second period as the opposition played with a deep defensive line and tried to get at Woking with counter-attacks.

Betsy drifted unmarked into a central position and cleverly threaded the ball through to Morgan, whose cross was hacked away by Cityâ€™s captain Darren Pond.

The home fansâ€™ anxiety slowly began to grow as the hour mark approached with Garry Hillâ€™s men still hunting a second goal. Marriott had two glimpses of goal in quick succession but was bundled over by defenders on each occasion and Wokingâ€™s appeals for penalties were waved away by the referee.

Despite playing with a man down for nearly an hour, Oxford City had their chances for a second goal of their own. Declan Benjaminâ€™s diagonal pass split the Cards' defence open but they were saved by the linesmanâ€™s offside flag.

De La Cruz continued to frustrate the home fans with a series of outstanding saves but he could do nothing about Goddardâ€™s thunderbolt. In the 74th minute, the midfielder cut in from the left and unleased a 25-yard blast which rocketed into the top right-hand corner of the net.

Having finally taken the lead, Woking saw out the remaining quarter of an hour for a victory which even the most die-hard of Woking fans would admit was far from convincing.

The home side had made very hard work of this win against a plucky Oxford City side. The sending-off clearly made a big difference to the direction of the game with the visitors looking relatively comfortable at 1-0 up at the time. The Cards, nevertheless, eventually made the most of their numerical advantage to proceed to the last 16 of the competition. After the game, Garry Hill said that he was pleased with the result but desperately disappointed with the performance, stating that it was time for a shake-up at the Club and hinting at bringing in some new players and injecting some freshness into the changing room.