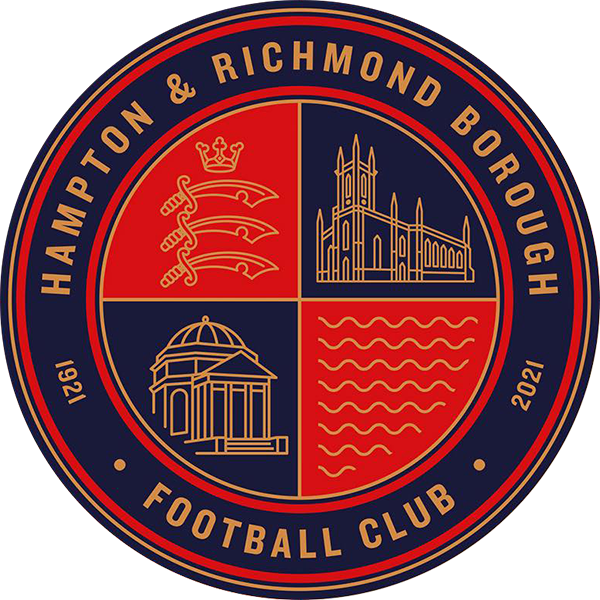 The Cardsâ€™ entertaining 4-2 win over Basingstoke Town on Saturday has fanned the embers of Wokingâ€™s play-off hopes but there is no room for error now and three points against Alan Devonshireâ€™s in-form Beavers side is crucial if those hopes are still to be alive when Graham Bakerâ€™s side make the daunting trip to champions Newport County next Saturday.

The Cards, in 12th place, now lie six points behind fifth-placed Staines Town but have a game in hand on most of the clubs above them.

When I spoke earlier today to Graham Baker he was pondering some potentially difficult selection problems. Already missing Jon Boardman in defence with a cracked rib, and with Joe McNerney not able to be recalled from his loan, he saw Daniel Sintim go off with a tight hamstring on Saturday, followed by Tony Sinclair with a groin injury. Up front, Graham will also be definitely be missing Matthew Wright (serving the final part of his three-match suspension) and Delano Sam-Yorke, still recovering from a knee injury . There must be a doubt again over Craig Faulconbridge, who, for the second game running, had to be substituted at half-time as the result of his calf injury.

Itâ€™s not been a good season for last seasonâ€™s losing play-off finalists, who currently languish in 17th place in the table. But theyâ€™ve just registered two good home wins â€“ 3-1 over Wokingâ€™s nemesis, Bath City, and 4-1 on Saturday over Eastleigh â€“ so the Cards know that they will have another tough battle on their hands tomorrow night.

The bustling Craig Dundas, Ian Hodges and Lawrence Yaku provide a threat up front, whilst midfielder Dave Tarpey, a dead ball specialist, has been in fine form.

Hamptonâ€™s recent results have been:


It must be some time since Graham Baker has fielded both an unchanged team and unchanged subs for two consecutive matches. And playing some attractive football in difficult conditions his Woking side came up with three more goals, three more points and moved themselves into ninth place in the table.

On a greasy pitch with the rain falling throughout the first half, both sides might have been excused avoiding the passing game and taking a more direct route to goal. Once settled, however, Woking began to play some impressive passing football that left the visitors under constant pressure and providing little real goal threat themselves.

At the start it was Hamptonâ€™s diminutive striker Lawrence Yaku who caught the eye, skipping past Daniel Sintim to set up a cross that beat everyone as it flew across the goalmouth. But after five minutes Harry Arterâ€™s shot, after a Thomas ball into the box had been punched away by Lovett, was deflected just past the Beaversâ€™ post.

On 17 minutes Ross Worner had to get down quickly to hold a Dundas shot at the near post and again the big forward, a minute later, got away from Ricketts but his shot was well wide. But that was as good as it got in the first half for Hampton as Woking piled on the pressure. Sintimâ€™s excellent ball into the box found Ademola with his back to goal. A quick turn followed but Mosesâ€™s shot flew over the bar. Craig Faulconbridge and Gez Sole then combined with a quick one-two but Gez was unable to get his shot away as he was surrounded by Hampton defenders. A flicked header from Faulconbridge then almost found Sole inside the box but again Hampton managed to scrape the ball away.

Woking were now playing some excellent one-touch football, maintaining possession and, with quality crosses raining in from both flanks, a first goal looked to be inevitable.

The opener finally arrived on 38 minutes and yet again it was Craig Faulconbridge who broke the deadlock, stooping to nod in Ricky Ananeâ€™s superb cross at the far post. Woking continued to create chances, with a Moses header over the bar from another great Sintim cross and a fine curling effort from Harry Arter. Woking fully deserved their lead at half-time.

The Cards again started brightly enough in the second half, with Gez Soleâ€™s inch perfect pass to Ademola dissecting the Hampton defence but Moses was unable to get his shot away. After six minutes of the second half Ademola had the ball in the net but was adjudged to be offside and was then subjected to further disappointment as referee Mr. Saliy booked the striker for playing on after the whistle.

On 52 minutes Harry Arter was taken off with what looked like a painful leg injury to be replaced by Charlie Moone (pictured). The Cards now moved to a five-man mid-field but, with Arter missing, Hampton gradually began to get back into the game. Beadle, on for Yaku, played in Hodges but Tom Hutchinson made a fine interception and averted the danger. Hodges again found himself in an excellent position after good work from Tarpey but Ross Worner was out of his goal quickly to smother the ball. Tarpey then followed up with a sharp turn and shot that was over the bar.

As Woking struggled to get back into the game and allay any fears of a Hampton equaliser the nerves suddenly disappeared. Mosesâ€™s quick feet made him space out on the left flank and his dangerous cross was met by Pinney, now on for Faulconbridge. The young striker controlled the ball but it was Charlie Moone who emerged from the scrabble of players to plant the ball into the net from close range. The relief was tangible but it only lasted for seven minutes.

Having created very little in front of goal, the visitors suddenly pulled a goal back. After some sloppy defending Ross parried a Hampton shot and substitute Yarnie was on hand to tap in from close range. Cue a nervous final ten minutes.

Gez almost settled things immediately with a fine run into the box only for his shot to be deflected away for a corner. But, finally, Nathaniel Pinney wrapped things up with a superb solo effort. He latched on to a long ball out of defence, beat defenders with his pace, cut in from the right, nodding the ball into the box, and nut-megged the advancing keeper to score Wokingâ€™s third and secure all three points.

A welcome second win, then, in four days with seven goals scored as Woking continue to reassert themselves. With the arrival of Craig Faulconbridge, three goals in three games, and renewed confidence in front of goal the Cards now appear to be back to something like the form that saw them in second place at the end of January.